Of Frogs and Kissing (V2) 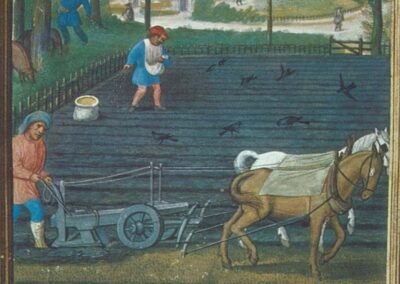 Is there anything more noble than helping the common folk? 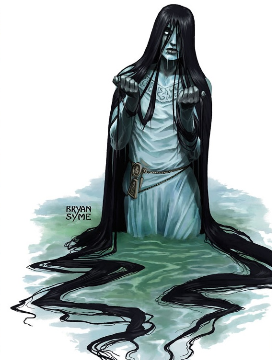 At first, I was a little jealous of Sneaker’s relationship with Ophelia 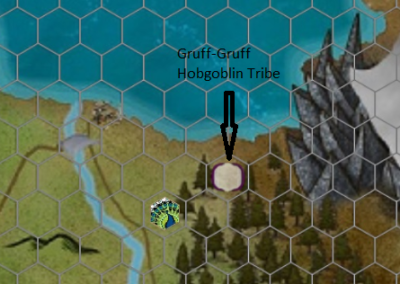 Our party met at Port Mirandia, and the weather was quite frigid. Due to previous misfortunes, I was completely broke. I was going thru my meager possessions, trying to calculate if I even had enough items to pawn for some cold weather clothing, when Marcus offered to buy and temporarily loan me a set. Immediately I knew this would be a good party, and I hoped that I could prove myself worthy of the charity.

We met with Stu, leader of the Farmer’s Guild. Apparently some gigantic toads or frogs were killing both farmers and livestock. This was preventing cultivation of the lands. Logically, Stu asked our help to get rid of this danger. Helping the common folk is right up my alley. The party quickly accepted. Stu then threw in an ‘oh, by the way’…Farmer Lear’s daughter Ophelia has ran away. He asked us to keep an eye out for her, and bring any news back, if possible

The toad pond was just right outside of town, and it took little time or effort to arrive there. We spotted 3 gigantic toads around a fairly large pond. I asked for a Blessing for me, Marcus, and one other. Then Marcus boldly charged forward, with me trailing not too far behind. Venford, Murdrum, Julijonas, and Sneaker provided excellent support, casting spells and shooting arrows. Although the toads had the potential to due much harm, and they seemed to prefer me every time they had multiple choices, we overcame them without too much difficulty. I was surprised by Marcus’ desire and actions to prevent the toads from dying outright. Something about his religion, I guessed. But later, we would bind them and take them to the town stables, which seemed quite practical.

Before the toad fight was even over, Marcus spotted a woman floating in the pond. Sneaker boldly ran from his hidey-spot, and swam to the middle of the pond to save her. Sneaker brought her to shore, but she was quite dead with strangulation bruises. Her bruised neck also had a locket with the letter “O”. But sometimes the dead do not stay dead. Her eyes popped open, then her long hair wrapped around Sneaker. She gave Sneaker a passionate kiss. The kiss sucked the strength out of Sneaker, nearly killing him. She then swam to the middle of the pond, trailing her long hair about 30 feet behind, with Sneaker still entangled in it.

The party quickly dispatched the final toad, and started coming to Sneaker’s aid. Nimble Sneaker was able to escape the hair, muttering something about never being the hero again. Poor undead Ophelia screamed, and of course came after yours truly. Curse my half-elf striking good looks. Her hair failed to grab me, but she rendered me good with her long nails (I kinda liked it, but it quickly passed after grounding myself with my oaths). That was about the last of her mournful revenge, as the party soon put her to rest.

The party investigation revealed nothing to cause Ophelia’s turning into an undead. Perhaps it was nothing more than frustrating betrayal, for there were signs of struggle with a single set of humanoid footprints going southeast.

The party took the captured toads to the stable and showed the body to Farmer Guild Leader Stu. He confirmed that it was Ophelia, and that she probably ran off with a bearded bandit leader called Markus, whom she was seeing and her father forbidden further contact.

We set off to the southeast and followed the tracks. The single set eventually met with a larger group. We soon spotted that large group in the woods. Sneaker sneaked closer (already forgetting his oath about not being a hero), and noted it was a large bandit-band camping. Our party tried to sneak around, but we were spotted. There were about 7 bandits in that camp. Marcus boldly went in, with myself not too far behind (just a bit too slow with that heavy armor). The others took cover, and started casting spells and launching arrows. Our party was essentially divided into two groups, east and west. I was in the east group, and again, I seemed to get more than my fair share of attention of the eastern bandits. In spite of their numbers, we seemed to be handling them quite well.

Then Mr. Markus, Ophelia’s murderer, stepped out from a large tent behind me. His scimitar and knife cut me deep. Another bandit flanked me, and finished the job – and then stuck me again as I laid bleeding. I believe Julijonas (things are bit blurry) was able to heal me a bit. I took the opportunity to disengage, while Marcus became the focus for Bandit Markus (a bit confusing, the Marcus vs Markus fight). I still got a fair amount of attention from the other bandits. However, I did get the ultimate justice, when my javelin pierced both Markus’ beard and throat, ending the murderer’s life. Not long after, his remaining lawless followers were also dispatched.

Our investigation found in Bandit Markus’ tent letters from Ophelia. I found some ale, and we used the bandits’ camp to rest for the night. The next day, our return bumped us into Osgar the gnome and Jewels the human. They were going to visit friends in the Hobgoblin Gruff-Gruff Tribe. They indicated that the Gruff-Gruff’s are approachable, and maybe willing to have a treaty with the town. They are located east of town, on the northern edge of the woods. We gave Osgar and Jewels some of our remaining ale, and we went our separate ways. Also, as we neared the bridge south of town, we saw circling hawks. Strange, but nothing came of it. We then entered town and let Stu know that Ophelia’s killer has met final justice, and the bandits will no longer be harassing locals and travelers.

As a final entry, the party was professional and trustworthy. May they find continued success and prosper.