Summary for the impatient:

We started our journey in Port Mirandia. All of us were pretty new to the island, so we first asked around in town if anyone knows anything about a shrine that has been found recently south-east of here near the river. We learned that some farmers reside near the river edges to the south. They are common folk and poor who are just trying to make it on their own. If there is any sort of shrine then most likely one of those folks has built it. During the winter season a lot of the farmers are retreating back to Port Mirandia.
Happy about the information we received our group leaves the town. On the road just a few miles outside of town was a strange figure who seemed to be laid out on the road. He asked us where Port Mirandia is. Barley goes near him and told us about a strong smell of alcohol from the guy. We pointed him in the right direction and have suggested him to hurry to catch his intended ship. 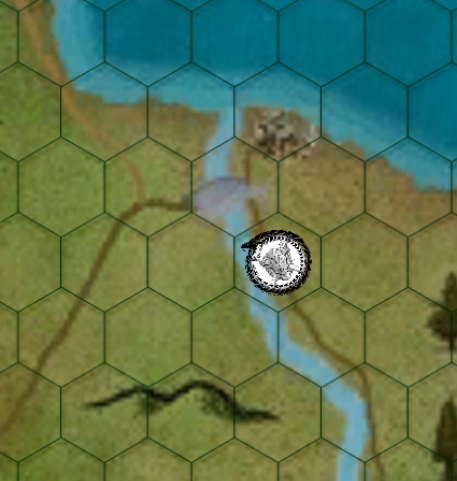 A few miles after the bridge (1) we found some buildings with some farmlands near the river. They appeared to be poor farmers wearing ragged clothing who seem to be tending to their lands. Kadar was approaching and they seem to be greeting them kindly. He asked them about a shrine in the area. A human male, in his early to mid twenties, told us about the name Abby that it might be Jellebs niece as the name sounded familiar to him. The farmer suggested to continue down the road and search for a farmer Jelleb. The parents of the niece were killed in some sort of attack so Jelleb took her in.

As that seemed very promising we decided to follow that suggestion and headed further south. Soo after we found an abundance of wildflowers that Barley was greatly interested in and met a very strange creature.

Standing in the river (2) was a creature that seemed to have a stick with it. Getting closer it was revealed to be an extension of its hand instead and what has appeared as spears are actually spikes growing out of its back. We agreed that this creature is not natural and might have some aquatic origin.
When we tried to greet the creature it looked like it was casting magic and we could understand the meaning of the strange sounds. Somehow the words made sense even though the spoken words were still strange.
We learned that the creature comes from the south and is from a city named Karkos. The city is located over the mountains and the area of trees in the south and the town itself is in a lake. Some party members have heard rumors of a very large creature that the city might be built on top of it. There are also supposed to be flying whales in that direction? I really would like to see that. This is a very wonderous island so far.
Exchanging warnings with him about some hobgoblin towns to the east and letting him know that the ocean is less than a day from here as well as that there is a city we did learn in return that there are many hydras to the south.
In case anyone was wondering what the creature did in the area I can tell you that it claimed to collect some soil samples. Moving further south we finally find the shrine again. it is still raining like it has for our entire journey so far but there is a little stick of incense burning lightly. It appears to have been recently lit.
We started to look for tracks or should I say Barley started to look for tracks? To be fair he was a very valuable party member who seemed very knowledgeable about any tasks at hand.
Our eyes were drawn to a small thicket of trees. It seemed to be quite dark around the trees and there was a feeling of a presence within. Temprug and I approached cautiously and I did hear a whispers that sounded like “Help me”.

Inside the thicket we found a ghostly woman. She told us about something that needs to be destroyed which is called Mortium. The Mortium is the place of the old death and apparently older than the AFK. When asked what we can do for her she just pointed us to the west and told us to look for the loney hill. She mentioned something about a key before fading. 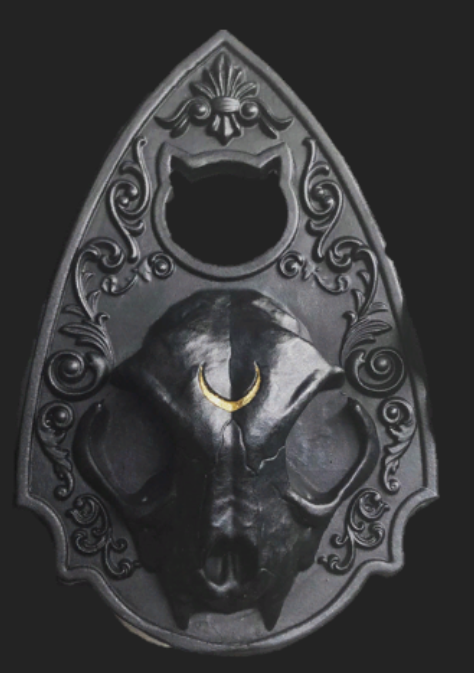 Looking at an old looking artifact that was lying on the ground after the ghost faded it could be a key but it looks very untraditional. Probably made for a very complicated lock. We then took some time to debate what we should do now but agreed that it would be good to help the ghost.
As there was nothing in the area to allow us to easily cross the river we instead decided to head back and take the bridge.

As we were still discussing what to do we have been attacked by plant creatures. They seemed to be swarming us but were easily fought off. Worth of note is that Kadar is well versed in healing and Temprug is a really deadly companion who killed most of our foes.
After the fight it dawned upon us that these creatures were directed to attack us. It is hard to tell by what though. We tried to look for any indications but couldn’t find any.

On the way back to Port Mirandia there were no additional plant creatures and we safely take a good nights sleep in town.
The next day we found some shackles lying on the ground. These appeared to be in good shape but probably have been opened by a skilled person. This was about 12 miles south-west of Port Mirandia.
After another 10 to 12 miles we found a well with an awful stench to it. Apparently people have used this to dispose of their rubbish. 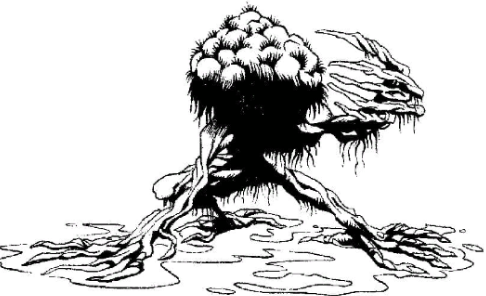 As we were getting closer to the hills we noticed one that is a bit off as it stands off the others and has some trees on it. It looked to be the lonely hill that we were looking for.
We then saw a glimmer of light coming from the top of the hill. On top of it we found a spherical object in the middle of some trees. A humanoid was sitting on top of it and the area seemed to be not covered by the rain.
We learned that the indiviudal is a tabaxi named Garden of Flowers. He knew Abby and agreed to answer some of our questions. From Garden of Flowers we learned that the Mortium is a graveyard of the Altist. The Altist was a kingdom of people who lived to the south but we received a caution of going there. He said it was a death sentence for a group like ours. Pressed about it he gave us a rough description to go there. If one follows the road that the AFK have built it will lead to a river to the south. Across that river is a large hill where we can find the ruins of the Altists city. In the ruins is also supposed to be the graveyard. The Altist were apparently very curious much like the AFK. They dealt into things that were better left alone even to the point of angering those known as The Council. In the ruins of that city are supposed to lie very dark secrets.

When asked about the council, as I have worked before in a court in Waterdeep and was wondering if they share some similarities, our group was recommended to not search to deep in that direction. Garden of Flowers does not want to set up a burden for us. There is a power that watches over this land and there are others that also seek this knowledge. Some of the inhabitants of this island are endangering civilization.
In time and when stronger he allowed us to contact him about this again.

As we asked what we could do now to help Abby he pointed us towards the Forest of Thorns were we could look for a human named Burbus. We would have to search and seek out his cottage in the southern woods. The area is roughly around the area marked with 5 at the beginning of this log.
We are also supposed to be careful when showing the key to people. It could endanger our lives somehow when shown to the wrong people. 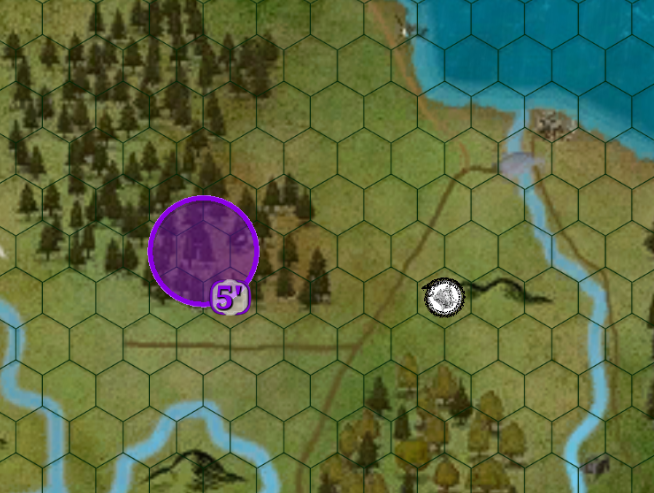 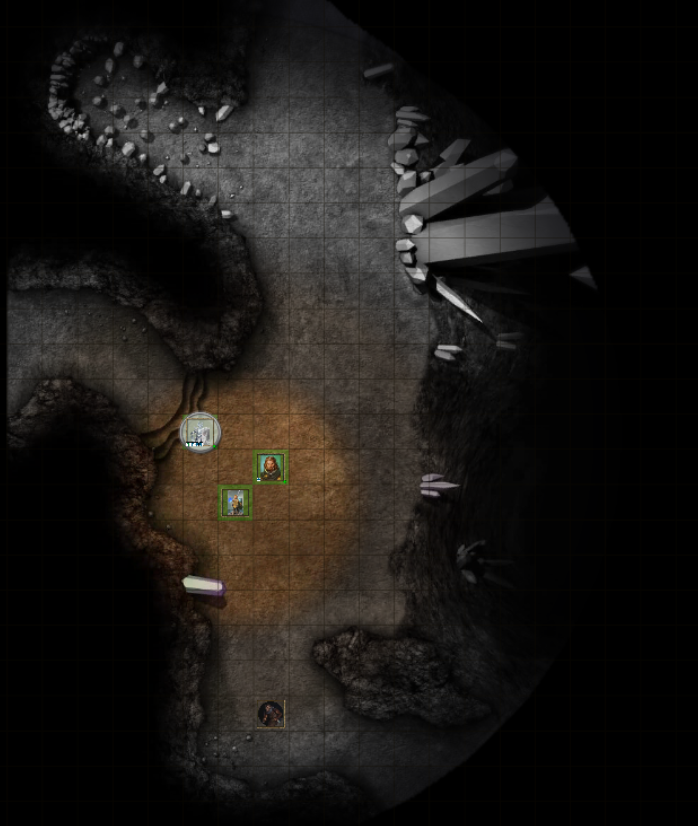 As a thunderstorm approached after we left Garden of Flower we were forced to take shelter nearby.
During the night Barley apparently sinks into a mud hole in the area but manages to escape it. The hole itself appears to be natural but it is linked to another one.
Kadar told us about him noticing some feeling of pressure which made the rain stop. There was a woman standing close to him who addressed him by his name even though he claims they have never met before. She told him that she is called The Enchantress before fading. As soon as the pressure stopped the rain returned as well.

On the next morning we decided to investigate into the hole and found a cave. A dead body lies on the ground who seemed to have died due to exposure.
In this cave we had to fight a crystal creature which got away though. After looking around we found a fissure in this cave which seemed to continue on the other side. We didn’t check it further though.

We decided to head back to town as the search for the human might take quite a few days if we don’t find him immediately.