A tale of sugar, a tavern and a bearshark

Section 0: The market and heading out of PM
Our group of adventurers meets in the local tavern of Port Mirandia and decides to follow up on the promise of a sugar deliver to Stiner’s Conclave on the road between Port Mirandia and Ruined Oak.
So first we head over to the market to buy said sugar and decide upon 20 pounds. Due to the persuasive negotiation skills of Julijonas we save some gold coins in that trade.
Next we are heading out of town and meet a traveling merchant whose name is Jitterman. He might be good to contact for some information on Aspistes or rather on the followers of that one according to Stiner. 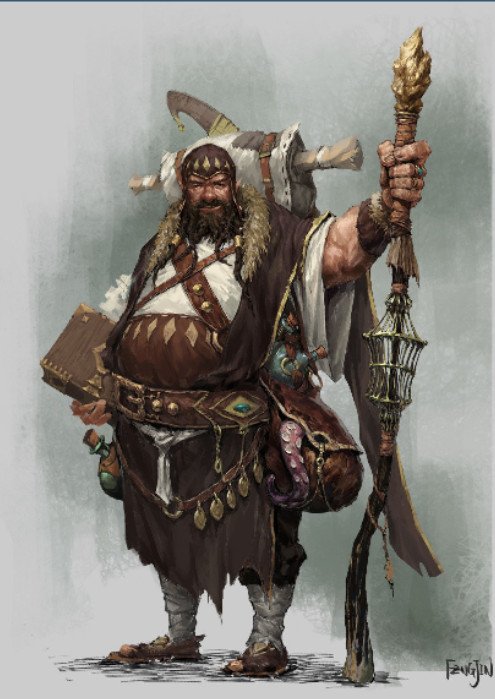 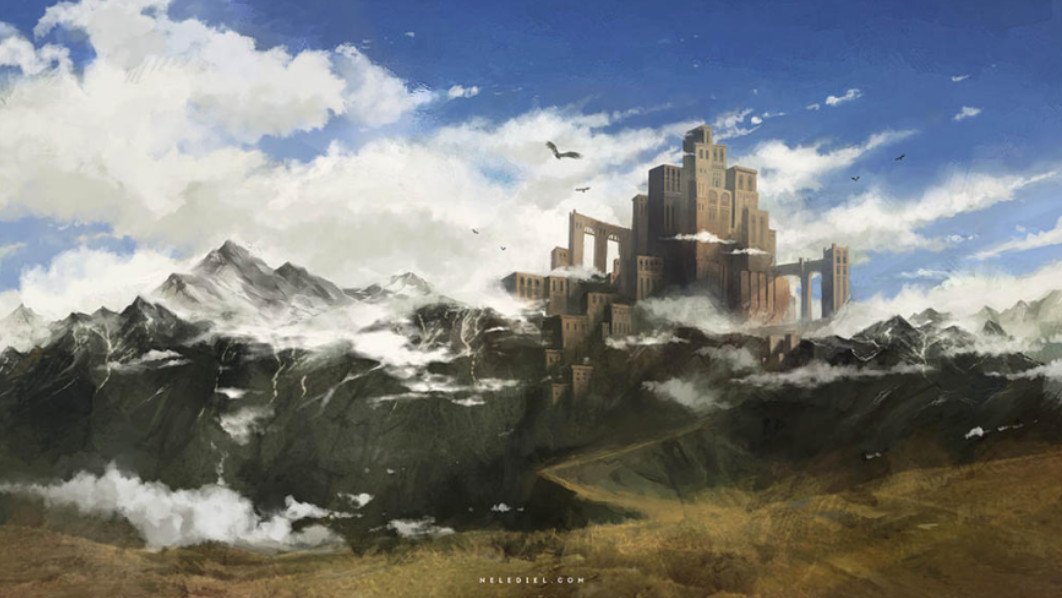 Section 1: The first travel day
The first few miles are peaceful and we come by some farmhouses that have been abandoned for the winter. Later on we see the top part of a castle emerging in the south on the horizon. As we move further we can make out a castle to the west of us that might be important. (Check the history section at Stiner’s for that.) Next we are nearing the evening and are looking for a place to rest. During the night we find some mandrills and GarGot thinks it is a good idea to feed them. Soon we are swarmed by over 30 mandrills who are all looking for food from us. However GarGot is also able to solve the problem with scaring off the mandrills in his bearform. Later some hawks are nearing our campside but nothing else happens. 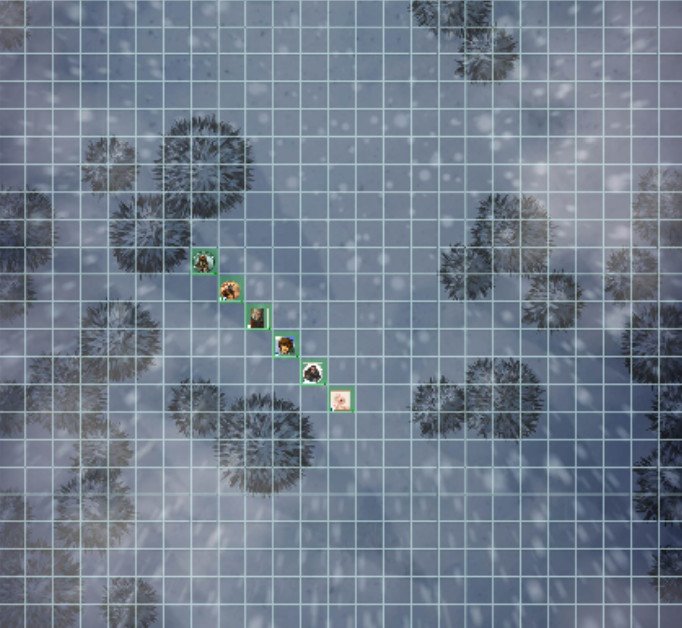 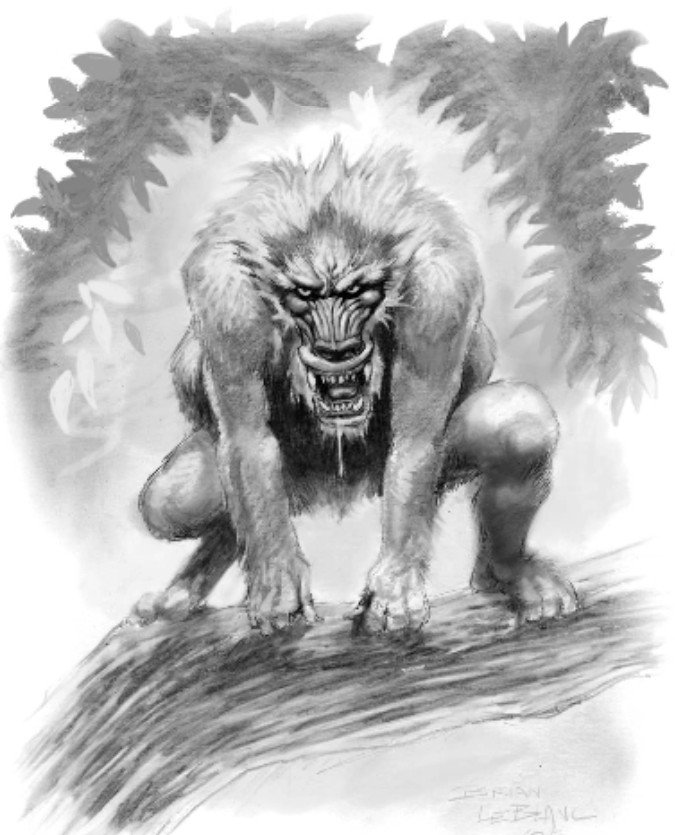 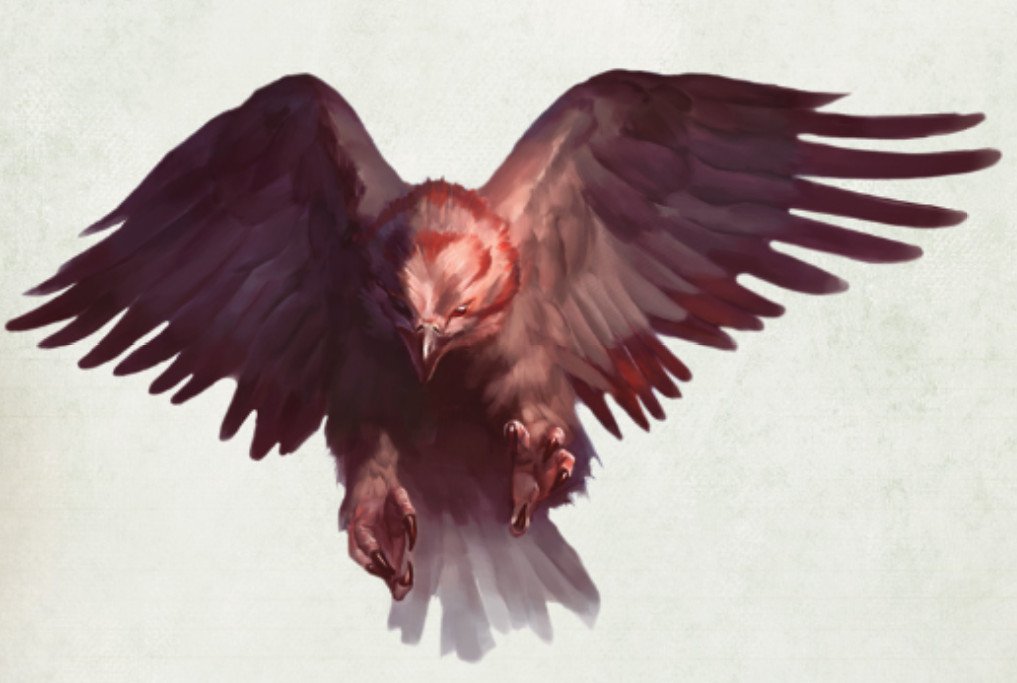 Section 2: Meeting the fishscale goblin tribe
After heading out the next morning we find tracks of the mandrills that seem to be living just a few miles from where we camped the night before.  After that we find some sort of fence and a ritual site of some sort as that area seems to be full of electricity magic. The fence is 50 feet long and scales on it seem to be used as a foci for something. Later we learn from the fishscale tribe that their shaman uses this place to fend off a hydra that lives northwards near the castle we have seen earlier.
According to the goblin we met at the outskirts of the small goblin village near the northen part of the bridge the castle is part of an old kingdom and a place of death. 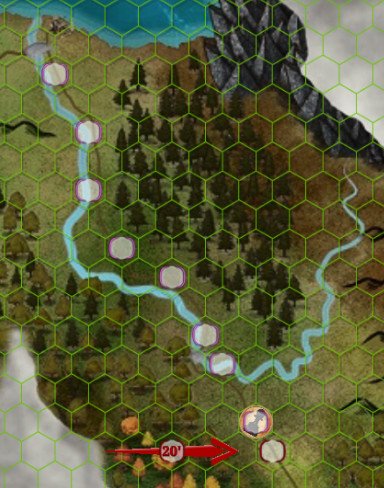 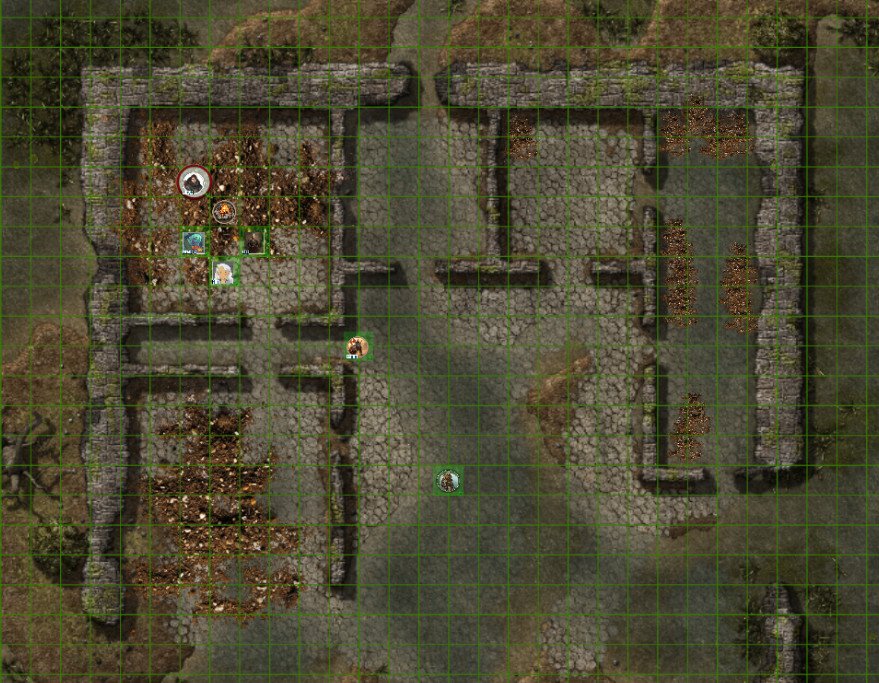 Section 3: The Benter Well – Travel Rest
Leaving the goblin village behind we keep following the road and come accross some tracks that are headed of towards the west. We can tell that it seems to be one individual short strided which wears some boots. Based on the depth of the tracks we assume an individual not taller than 3 or 4 feet.
After that we find some old ruins to use for protection against the winds during the night. These ruins appear to have been a building that was well organized and may have served as a tavern. However it was abandoned long ago.
During then night appears an obelisk and a well. In dwarven script it reads “Benter Well – Travel Rest” which begins glowing upon reading it. Some magical circle forms behind it and there was already coming fresh water out of the well during the night. Sneaker drinks from it and feels to have been cleaned as well as having the slight scent of perfume to him now. The rest of the night goes by uneventful.

Section 4: Stiner’s Conclave
The next morning we arrive at a fortified homestead which appears to have been our planned destination. There is a sign that says Stiner’s Conclave. There is a guard in the front who greets us and gets Stiner after we tell him about our sugar delivery. Stiner then invites us inside and we have the chance to learn a lot of stuff from him. Most of it might be outdated but it is still great to know a person who hears stories from different travelers and who we should visit from time to time to get updates.
From Stiner we also god twice the value of the sugar for bringing it all the way out to this place.

(I will try to split some of the story bits we heard from him up so it is easier to follow.) 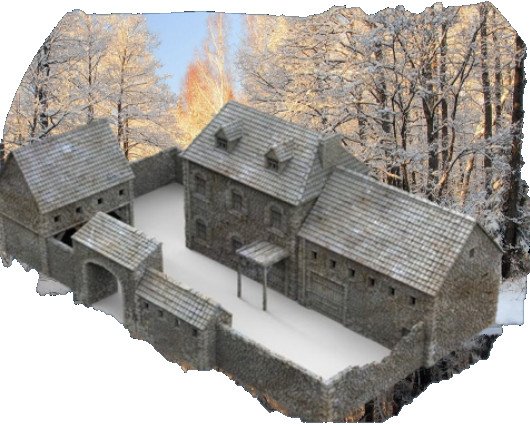 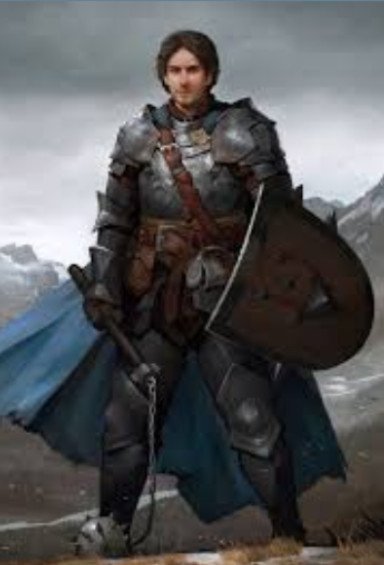 From Stiner we learn that the castle we saw earlier is castle Ruhdula and supposed to be a cursed place. Once it was a place of trading and security in the region. It fell to dark times and the ruler turned against his people and destruction followed this.
The people of the castle have been scattered. The ruler tried to learn some secrets and it drove him mad. Some sort of paranoia has taken over him. He turned on the ones closest to him and brought in new strange advisors who nobody knew before.
The blight on the land then increased as he bgan demanding more and more taxes. After a while villagers and town folks started disappearing. With the weakened area bandits and other chaotic forces could thrive and the whole region fell into ruins. Travelers who have been going to the castle have either not returned at all or become nightmarish forms. Ruhdula was a human though his spirit is said to still be there.
Stiner’s parents and uncles lived near the castle.

Section 6: Stories from Stiner Part B (Ogre slavers, Talos dwarves and White Moon Cove)
In the past there were ogres who were slavers threatening around the area and causing troubles with the hobgoblins. Some adventurers who have stopped by at some point in the past said to investigate into it. Apparently they have done so as the ogres stopped roaming in this area. This happened several months back though according to Stiner.

There have been some talos dwarves at the conclave as well who caused some chaos. There was only a handful of these dwarves and they appeared to be scouts for a much larger army to the rehopes to the south. They have been thrown out of rehope apparently and have allied with the gnolls to the far north east in the direction of the tempest planes. Stiner told us that the gnolls laid siege to one of the towns (White Moon Cove) and burned that place. 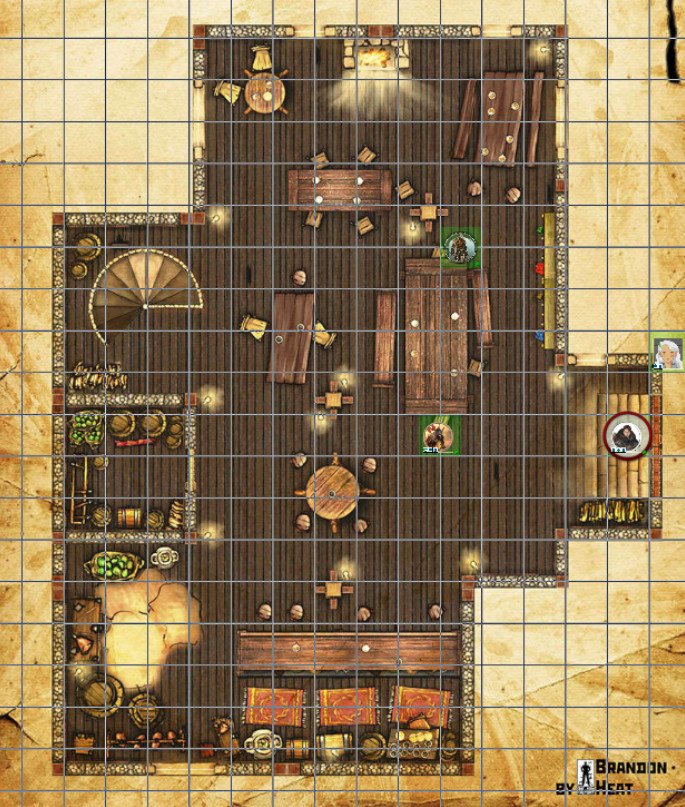 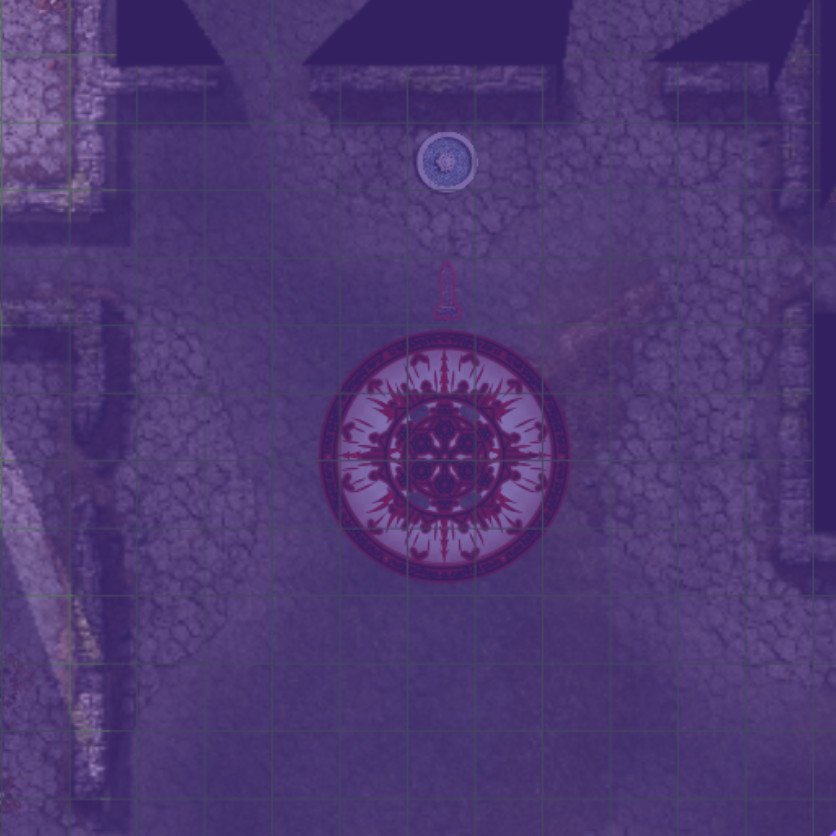 Section 7: Stories from Stiner Part C (White Moon Cove and the Benter Well)
One of the travelers that came through said that apparently the gnolls left White Moon Cove because of some hooded three eyed girl appearing and being very pissed for some reason. She seemed to be alien or otherworldly in her appearance and has very pale skin. However this is hearsay and some details could be left out or different.

Asked about the Benter Well we were told that the well has been one of the first attempts of the ancestors of Stiner to build a conclave. It was designed as a rest spot for travelers. According to him it was quite fancy at its time but didn’t last long as evil creatures laid attack to it. These creatures were supposed to be coming from the south though we didn’t catch what type of creature they were.

Jitterman and Rehope are the ones that supply this conclave with the necessary supplies.

We also asked about a goblin cult that has been reported to the east of Ruined Oak but Stiner did not know anything about them. 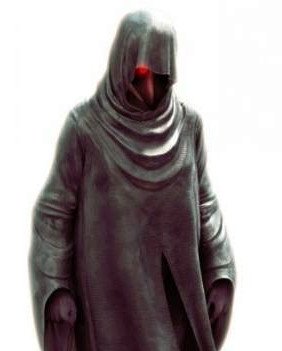 Section 10: Stories from Stiner Part F (Strange creatures nearby)
Stiner and his friends who run and defend the conclave can’t lay any claim on castle Ruhdula as there are lots of creatures around that keep them very busy.
Towards the forest there are reports of strange creatures with wiggly arms wandering out in the woods. They have and outworldly appearance as well.

Also nearby towards the east is a cave which creatures are coming out of who try to enter the conclave during the night. The creatures are supposed to be spiderlike. The cave itself is near the edge of the forest.

I can highly recommend to stop by this enclave. The cost for spending the night is 1 GP per person and you can have a meal for 5 SP. Besides that you have the chance of listening to what Stiner has heard of. 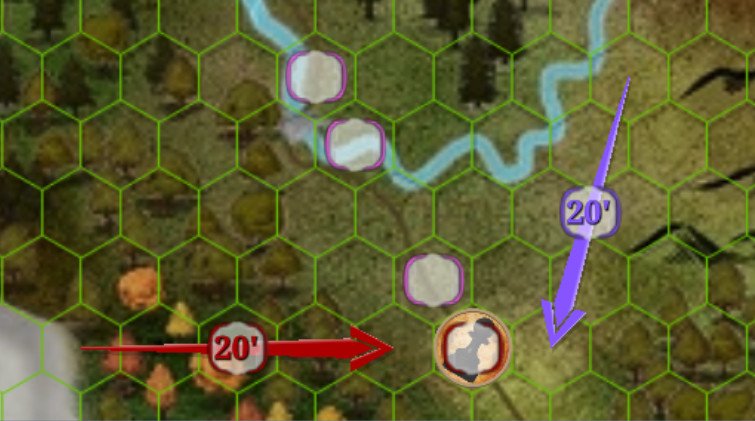 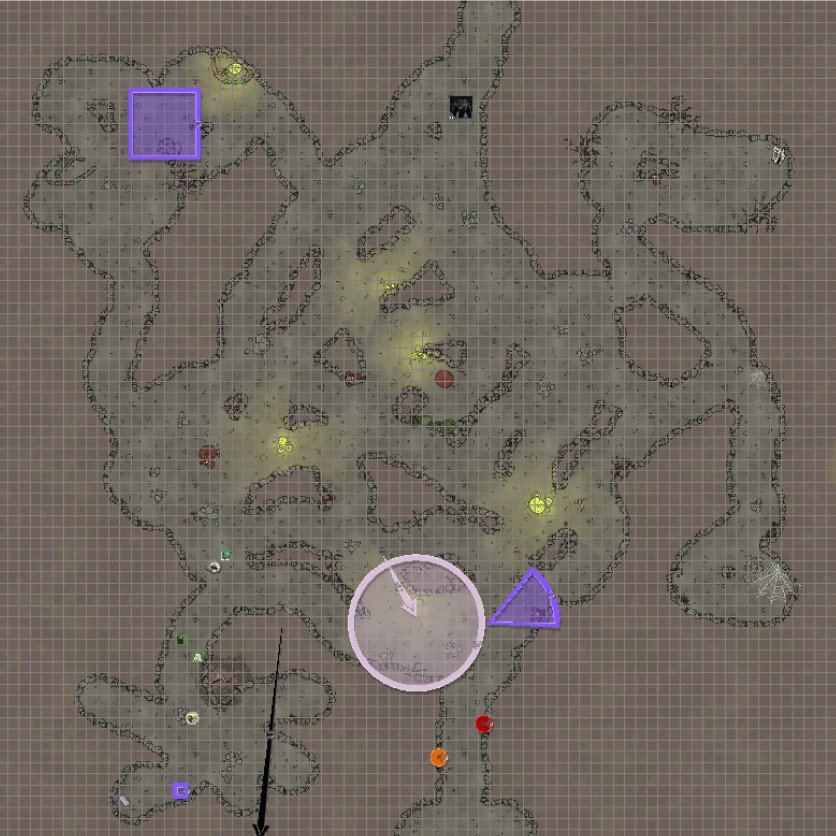 Section 11: The nearby cave
We decide to head out to the nearby cave and check upon the spiderlike creatures. We find a large cave entrance and a big cave. We have to fight some very strange creatures and find also a crossover between shark and bear.
In the back of the cave we do find a book that tells us of the creatures we fought are transporting snuggles who appears to have been the bearshark to a person named Danny Voy. They were promised diamonds for that. We did slay that creature however and one of those two creatures got away for some reason. 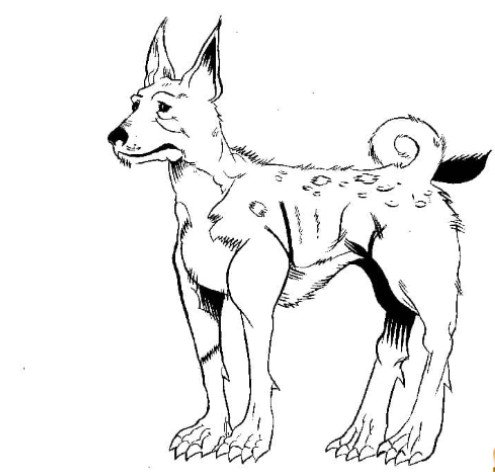 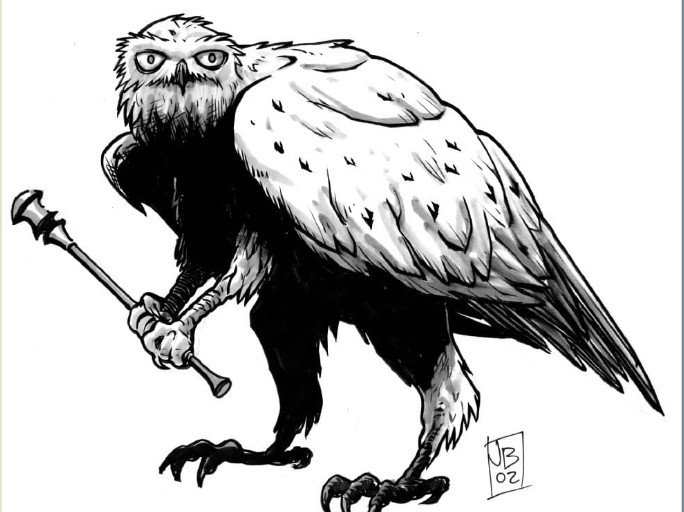 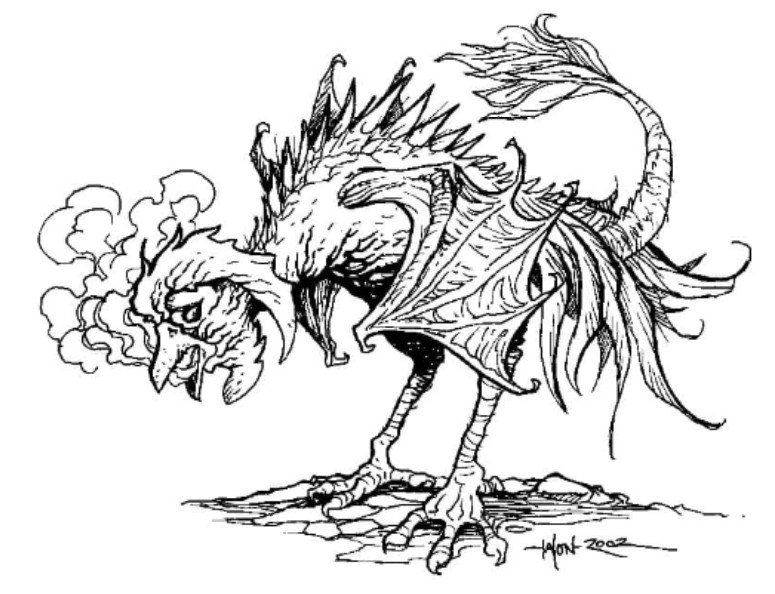 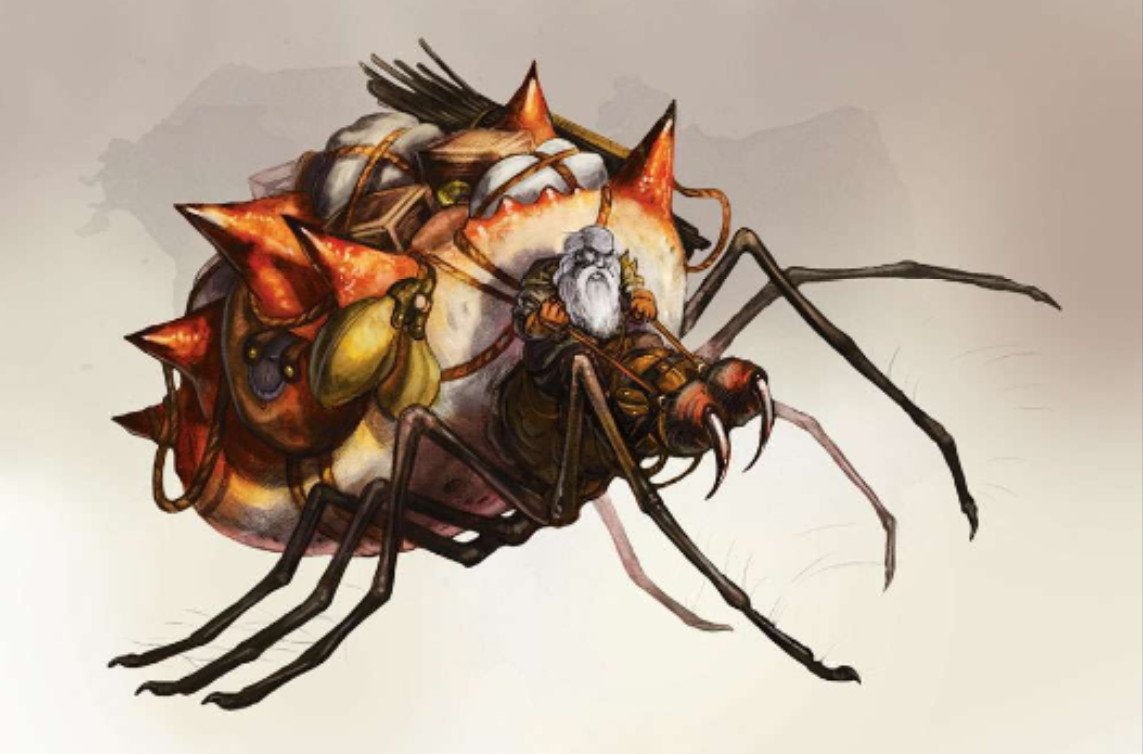 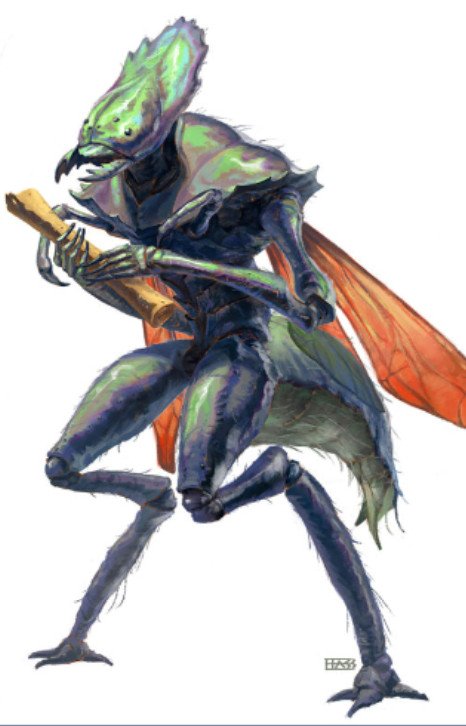 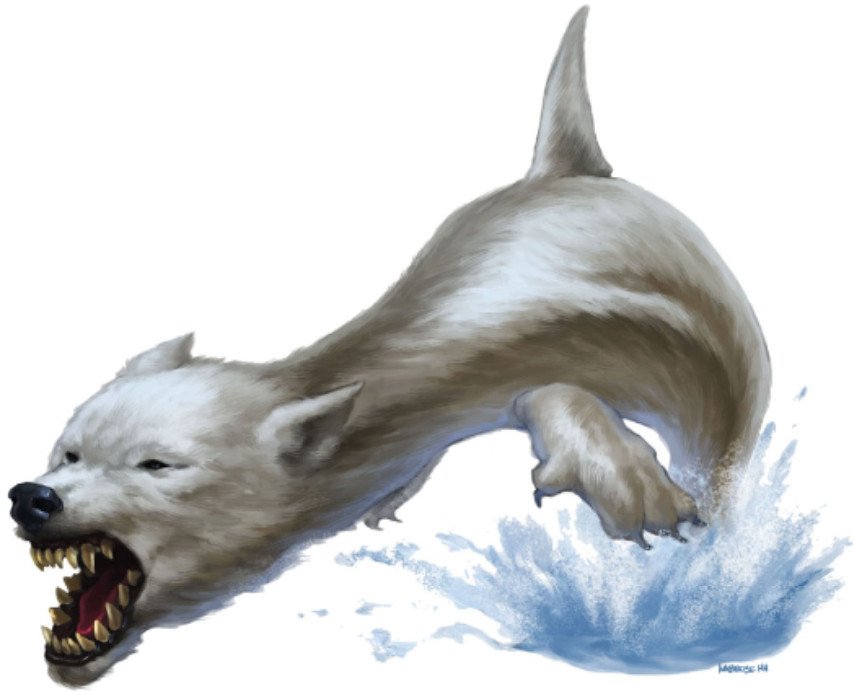 Section 12: Returning to Port Mirandia
On the way back we find signs of a lair more than half a day worth of traveltime to the south of Port Mirandia. The lair itself could be up to 12 miles away but the trail is rough and it heads into the forest. Broken trees and shrubs can be seen in that direction and we assume some large or larger reptilian creature that has 6 legs.
Just outside of Port Mirandia we do find an elf in the snow who we shake awake and who introduces himself as Nalkris. I remember that he was mentioned in the logs and was being kept in the mountains by some demon or something like that. He can’t remember what has happened but we are glad that we could bring him back to town. 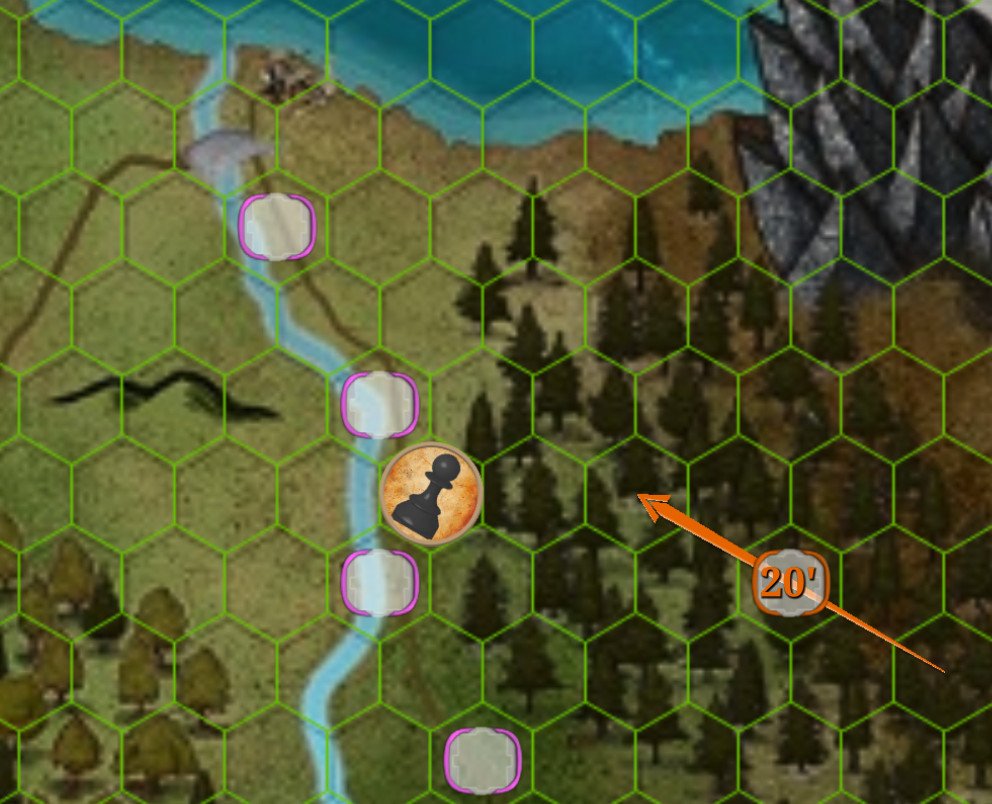