Cold as a Witch’s Teat 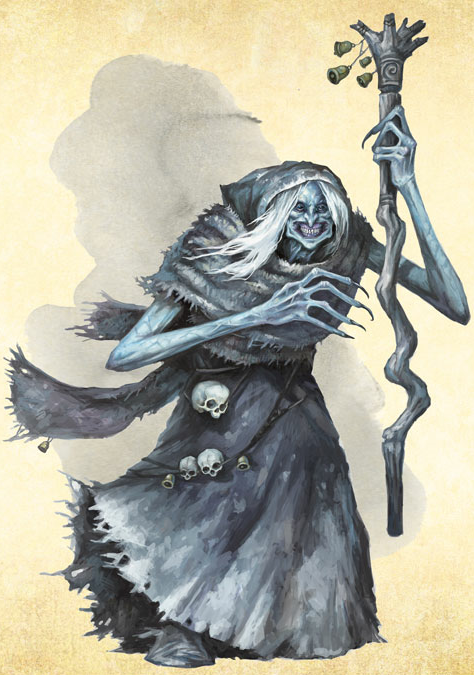 On the misson to warn Anatidae Cygnus aligned with the Summer Court of the fey of impending dangers resulting from suspected forthcoming Hyaenidae incursion resulting in the dispatching of fiends and fey most foul; and other encounters.

Prepared on: The Eighth Day of Hammer in the Year of our Lord 1496

Some of those thought it prudent to warn the Summer Court of fey via a relationship some of them had with a swan maiden guardian of the court named Odette. Not having much interaction with this faction I decided it was an excellent time to make their acquaintance. This first day’s travel from Port Mirandia brought us nothing of note on the day’s travel aside from some aurochs and a giant badger or two.

Setting about bedding down for the night it was early in the morning when I and the others felt ourselves aroused by the urgings of Bardy’s weapon of warning. Through the darkness, we heard a stunning screech that froze some of our number where they stood and then the first of three fiendish Vrocks made some attacks against Faenoa and Zoren. Fortunately, without the element of surprise we were able to banish and put paid to the remainder without a casualty on our side.

Setting out early the next morning, the weather was overcast though warmer and we considered going into the Dark Valley, but some divination magics courtesy of Zoren convinced us the risk of weal was too great and we passed onward until nightfall with little incident. The third day broke and after some travel the weather grew unnaturally colder with rain and sleet beginning to pelt us from the heavens. Taking our time, we sent our various familiars out to scout out where the swan maiden might be located and upon their return found a swan had been sighted not far from our position. Upon heading there we were greeted with the sounds of conflict and screams of a woman in her death throes. Dashing forward on our Phantom Steeds, we soon outpaced my skeleton crew and and came upon a hag feasting on a swan maiden.

Galvanized into further action, Faenoa fell upon the hag injuring her grievously. Attempting to banish the foul creature to the Feywild, my attempts were unexpectedly resisted indicating a creature of more legendary significance than at first thought. To make matters worse, an Ala (fey creatures growing in tumors on the trunks of treants) then appeared first to my left with her lightning ability leaving singed then another appeared and nearly gave Bardy more than he could handle before Gond intervened in the musician’s favor. Thankfully, these two Alas soon succumbed to banishment and the hag sensed it was time to unleash her full power, but was rocked by the counterspelling of our three arcane casters. Then while attempting to fly away on her staff, Faenoa stopped her in her tracks and before long the hag was minced by the incensed gnome. Another Ala then appeared and flew at Cade, the killer of the motherly hag, but a short time later this creature too was sent to the grave. Once these were all dispatched the weather returned to a warmer and cheerier day almost instantly.

While investigating and picking over the dead, we found some interesting potions, but sadly the staff seemed only to fly for the hag. Bardy assured us the swan maiden was not Odette and he was proven right when a short time later the very maiden landed with a group of her kin and a golden-maned unicorn. Once informed of the deceased, Odette turned a shade paler if that is possible and wept over the fallen maid, perhaps a sister or at least a close friend named Odile.

During the somber interlude, the unicorn introduced itself as Elwyn and began sharing some interesting information particularly that the Dark Valley was the result of some significant undead presence. They also mentioned Faenoa might one day become a swan maiden if she proved herself useful to Ashlinn the Queen of the Summer Court and Mistress of Swan Maidens. Odette, now composed, returned to us and and after some more pleasantries their group flew away and we headed back toward Port Mirandia. Uneventful travel followed and although we saw some woolly rhinoceros on the return journey they are not the sort of beasts I can learn the form.