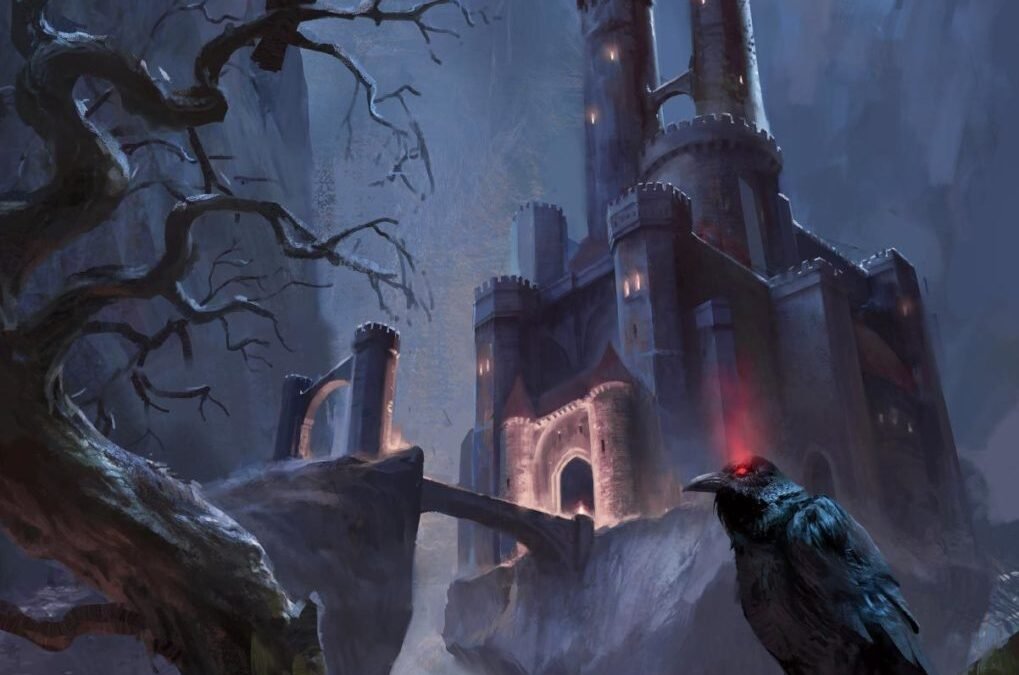 Hey everyone, it’s your girl Julijonas, your new Bard in town. *Sigh*, this adventure was ROUGH I tell you. All these critical strikes were coming at us but because of the rules of the Island we were getting screwed over hard. I wasn’t hurt at all, but that didn’t mean I had an easy time. I know this place is supposed to be difficult but it became less enjoyable and more painful. Sorry I’m getting ahead of myself.

This time we were tasked to “return” to Blackchasm Keep to deal with cursed spirits at the lower levels. The day was nice and cool at Port Mirandia, acquaintance was swiftly had, along with preparations, and the trek was made. Our first leg of travel was quiet, but soon after crossing the bridge, we came across jagged rocks and large chasms caused from a recent earthquake. We did not ponder much on this and moved on. 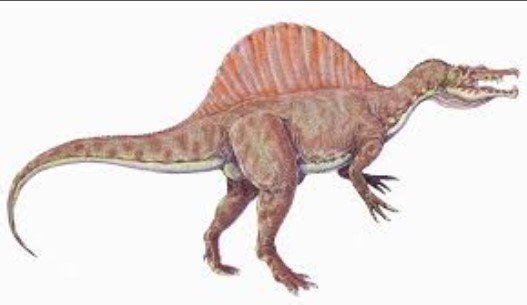 After that, a heard of large, reptilian like creatures with a sail like fin on its back grazing. These are called “dinosaurs”, I have read of them, though I expected them to have feathers. We just let them be as they didn’t seem to be aggressive.

After that, a well used campsite appeared on the plains; empty bottles littered the place with gems and copper pieces. We quickly pressed forth to an crumbled alien like stone structure with some black robbed humanoids around it. There a man named Nexus told us that we were in the presence of a temple to Surlerain, the Goddess of Death and Slaughter (now why is Slaughter a domain?). Some of us were put off by these folk praising such a deity, so we set up camp a a was away from there before taking on Blackchasm Keep (Nexus offered us a place at the catacombs, but we politely declined). Other than the random sporadic foot prints heading off North of our campsite, it was uneventful and the cursed day was ours.

Magical darkness permeated the chasm this keep was on (if you want to know). Our entrance was greeted by a door that opened with out a knock and servant Nigel Standing behind it it. We told of him the purpose of our presence before he sending us to the left wing, with two flights of stairs (towards the basement and upper floor). He also warned us to avoid the East and North doors upon entry and to only go South; but he should have warned us a bit more of what would come.

Down below were wooden coffins of varying forms of repair and some stone coffins further down. We didn’t mess with them but we did with one. The coffin in question was intricately designed with the image of a knight and the words “~ The Defender” inscribed on it, the name gone to time. Upon a closer look, a very quiet and eerie voice kept repeating “Watch out…” (which we probably should have listened to). We then agreed to open the coffin, so GarGot did so and the whispers stopped. Inside was a very well preserved holy knight holding with armaments of a spear, longsword, and plate mail with the emblem of the sun and crescent moon on its chest. Minago attempted to grab the knight’s spear, but a ghostly arm and hand grabbed him back, to which he promptly recoiled, leaving the weapon behind as it retreated back to the body. The coffin was recovered after that, but now open for time to reclaim it. 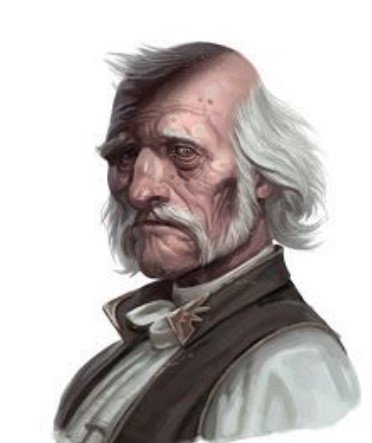 Further down, we heard the scrapping of bones and found a wraith wandering the catacombs. I attempted to parley with it stating our purpose to be dealing with the problem downstairs; to which it responds that it was upstairs, and that we killed the brother hood as it swiped at me, horribly missing and called out to its friends and the Time for Mercy Has Passed. 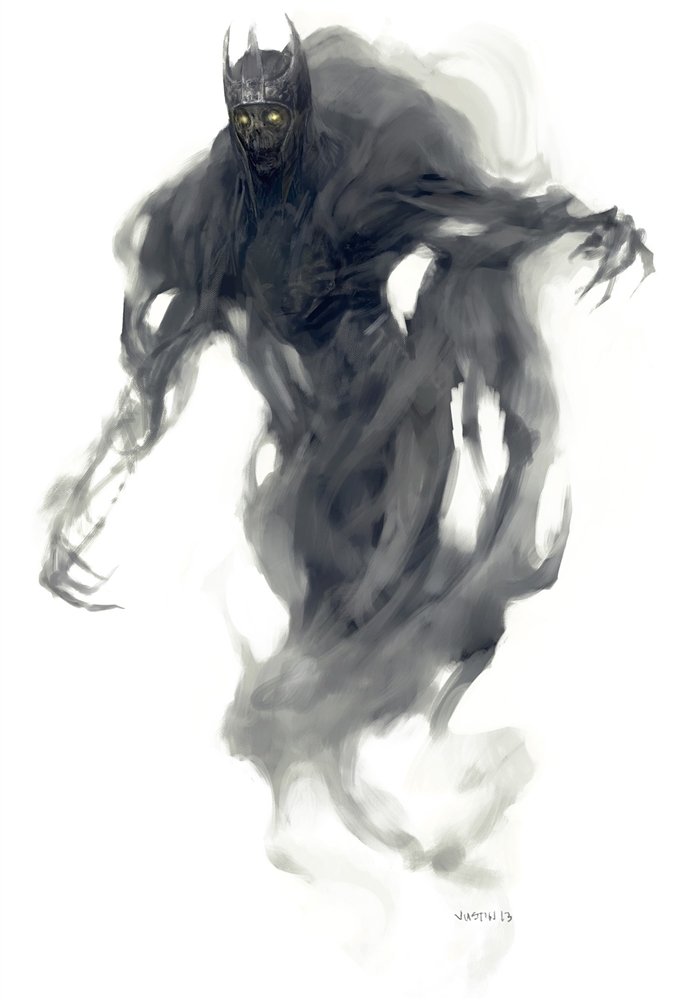 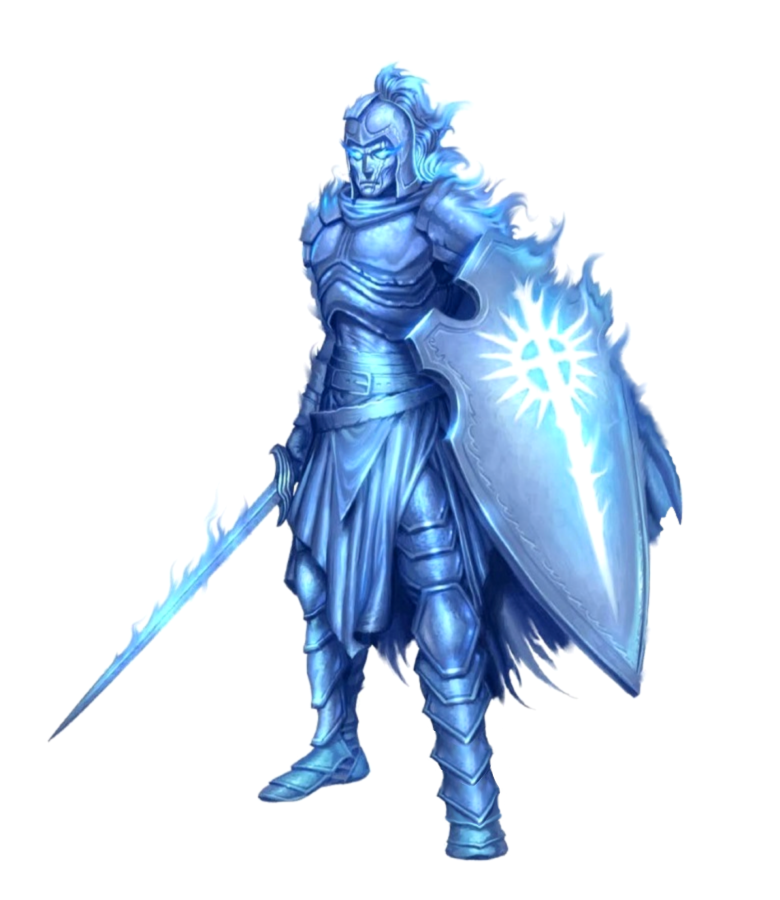 Undead creatures like these assaulted us, the wraths were easy to dealt with, but the skeletons and ghost knight were a whole other thing. The skeletons were resistant to nonmagical attacks, which none of had, but due to a bypassed law, GarGot’s bear form dealt untyped damage and made easy work of most of the skeletons (which we really needed). Our luck quickly change for the worst then these wretched creatures started landing critical hit after critical hit, aided by the curse of the lands, as the knight out-right killed Bran with an incredibly powerful unholy smite. I then scared the knight to death again, but the “skeletons” were still willing to fight. All of your front line fighters went down as they got pummeled by the flurry of strike delivered by these skeletons, which Jelo and I did the best we could to keep them up, expending all of my arcane capabilities to do so. Despite things getting rough, we stuck through and barely managed to finish all of the undead off, heavily bruised and scarred. Again, I wasn’t hit once, but that didn’t mean I didn’t have a bad time.

Jelo took Bran’s body on his shell and we all rushed out of the basement, after looting of course. Nigel greeted us again and asked how it went after rewarding us, to which I responded “Horribly”, and he had the nerve to follow up with “Please come again.” (no sir, I do not want to). The time was running low so we rushed back home, things were happening and coming up, but we paid no mind to them.

I am not really in the mood for festivities after all that, this log also taking me a while. This was my first time to Blackchasm Keep and I got to say, “Horrible first impression, two out of ten would not recommend.” This is once again Julijonas, your new Bard in town, signing out.