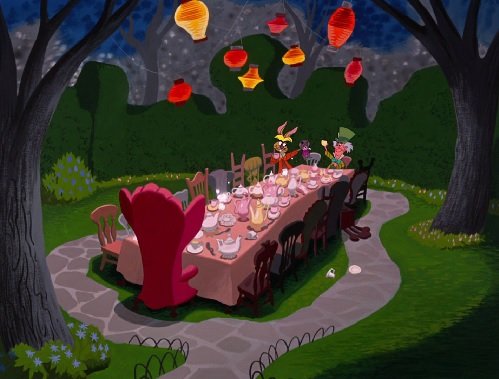 Mission: Find the White Rabbit That Dropped The Invitation Near Port Mirandia

Tracking a Fast Rabbit... but Find a Flock

The day began with us heading to the last know location of the really fast rabbit who dropped his invitation. On the way we found a trade merchant who had his cart attacked by anestimation of ten goblins. They stole some stuff but he had some gaurds protecting him and we decided to look into the rabbit over the goblin bandits. They are most likely still causing some trouble in the area. We also found a small stone well that was magical by nature and by drinking the water we were granted the abilities of a magic spell called “Freedom of Movement”.  As we got closer we noticed above us a flock of rather large swans… Bardy realized these were the Swan Maidens and they came down to greet us.  Odette spoke to us about about helping the Summer Court find something and gave us directions to arrive at their new home in the Small Folk Forest.  We decided to make camp for the night and head there the following day. The night was peaceful on the road… I was half expecting some goblins to come and try and attack us, but we lucked out tonight.

We traveled south east towards the woods and we noticed to out of place large stones that we could only guess had been thrown or dropped in their new location. The area they couldhave come from was the opposite direction of which we came and we decided to avoid that path to get to the Queen Ashlinn quicker. Gau was on the look out as we entered the woods and noticed a large white horse-like beast. Me and Bardy knew this as Elwynn, but Gau was mezmorized by the Unicorn.  He was sent to guide us the rest of the way. Just like before in pressence of this unicorn the weather was warmer and the animals were out.  He lead us to a waterfall in the woods. 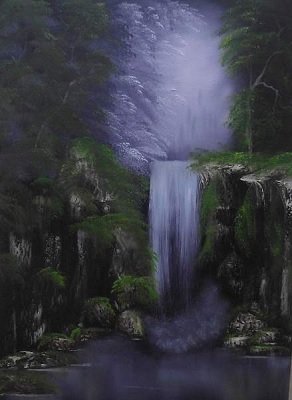 This area was gaurded by a Swan Maiden… the one we saved from being devoured by the hag. I thought she was dead, but Queen Ashlinn is apparently very strong indeed. Odile was alive and was our escort into the house of the court.

Queen Ashlinn and the Home of The Summer Court

Odile lead us through the majestic home of the Summer Court and eventually to Queen Ashlinn. She greated us and thanked us for helping the Summer Court in the past as well as introduced us to a beautiful creature. She called it a Peacat… again Gau was staring in awe. It was a large cat with peacock tail feathers. 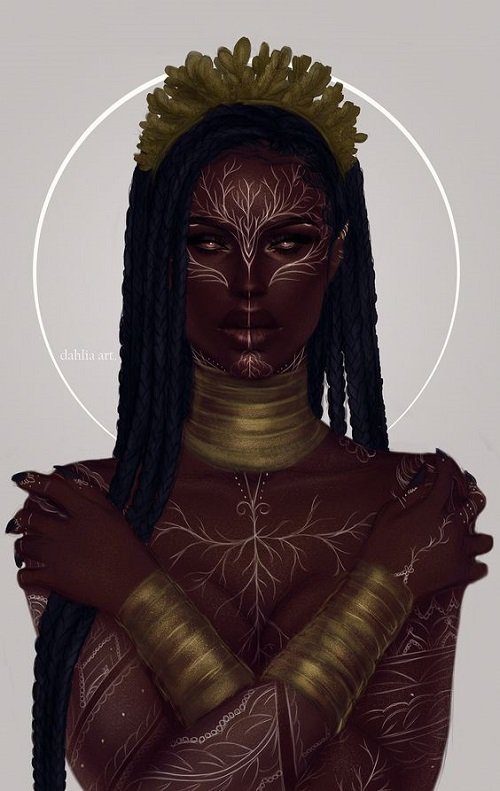 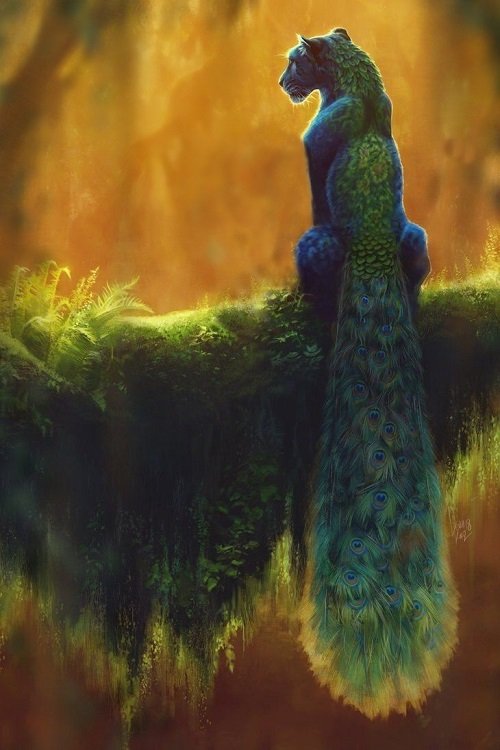 Apparently these tails hold a collection of stories and some of these tail feathers have fallen off in the court’s multiple moves on the island. The Queen is tasking the adventurers to find these feathers and return them to the her so they can be given back to the Peacat. Each feather’s story is a mission we have to complete and each one contains treasure and adventure. The stories are very real and what happens to you in the story happens to you outside of it.

The First of Many Stories Begins

We began looking for the tail and were given information that the White Rabbit was actually a part of this story. Queen Ashlinn said we would find clues and that this story was about a queen. We traveled west and soon found the rabbit and quickly we followed it. We lost sight of it, but we did find a chess board that was life size and half set up.

The pieces jumped to life and all had a red heart on them. We reigned fireballs on the board and damaged most of the pieces. The bishop peice could using healing magic and some damging type of magic as one of the two cast a spell toward Bagheera and the poor feline fell unconsious. Gau responded quickly by killing the King. Just like in chess the other pieces stopped moving once the king was put down. we moved forward after investigating the board. Further north we found a strange man and a talking hare and they were having an “Unbirthday Tea Party” 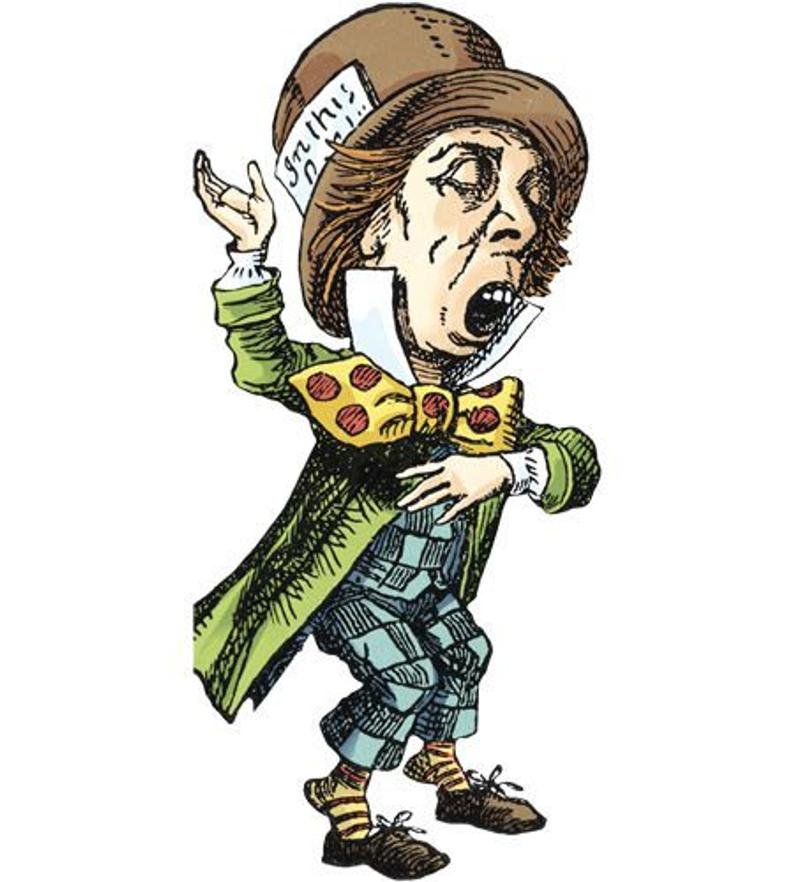 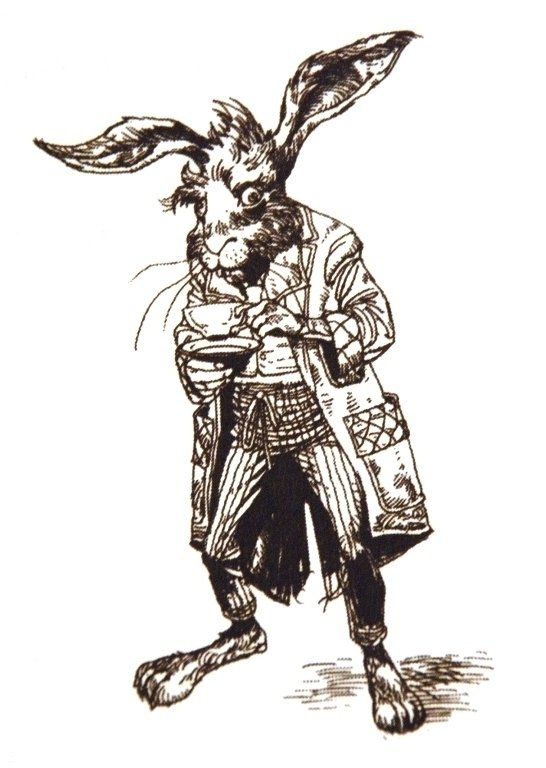 The tea they drank did some strange things to people. The Hatter was quite insane and gave us multiple riddles which we answered and when the final one was answered everything dissappeared except four napkins and a few trinkets.  The napkins had images on both sides one side 4 pieces of a map and the other a puzzle that looks like a sword. 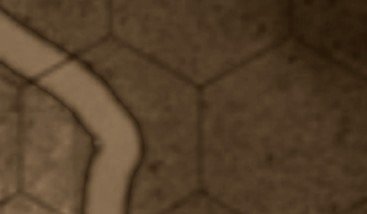 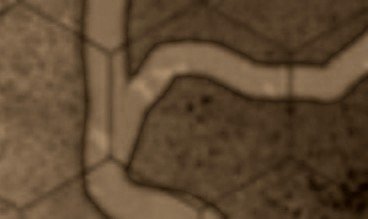 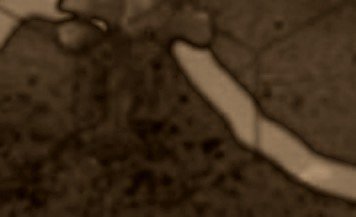 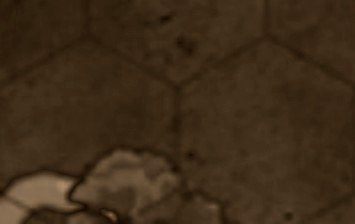 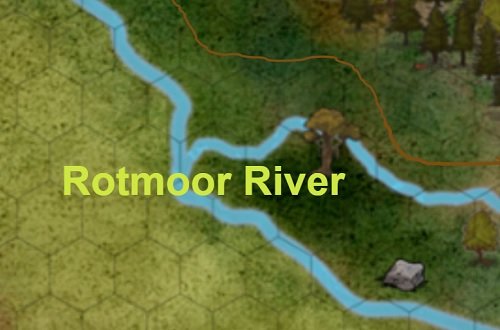 The backside the napkin pieces whne fit together correctly looked like an ornate sword. 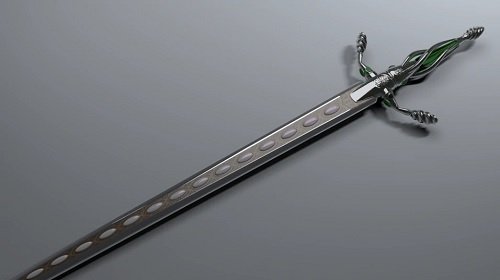 We spent sometime looking for this sword in the area, but could not find it and are assuming that it is somewhere near the river. To finish this “tail” I strongly feel we have to go to that tree in the fork of the Rootmoor River.

We traveled back to Queen Ashlinn to get some questions answered about the tail and if she knew anymore of the story. She did indeed tell us that the pet of the Queen is defeated by a special blade. Realizing the trek to that spot would take days even on the road… we decided to return to Port Mirandia and continue this task another day. Elwynn lead us out of the forest and his presence allowed us to travel faster. We cut through the woods with speed and he looked exhausted after traveling with us and returned to the Summer Court when we reach the edge of the woods. Our nights on the way home were pretty relaxing not much to report about them expect some strange blue or purple colored mushrooms that looked slimey.  Marcus however on out trip had been keeping Bagheera’s body preserved and then eventually brought the Panther back to life in the confides of Port Mirandia.