Field Research Journal Entry 19: Emerald Isle at the End of the Rainbow 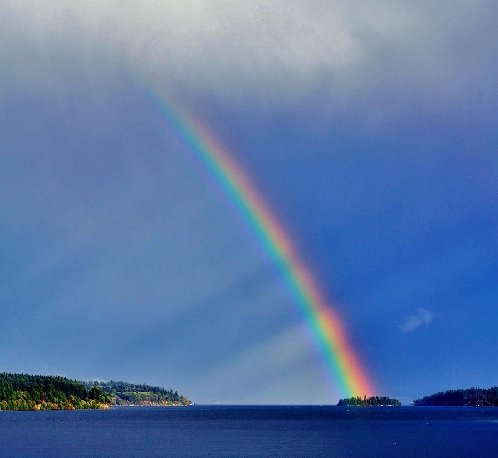 Mission: Investigate the mysterious rainbow that was out at sea.

Hanging out at the Potted Plant we noticed a rainbow that seemed to end in the ocean north of Port Mirandia. We headed to the port and recruited a cpatian to help us sail the seas toward the end of the rainbow.  His name was Captian Al a tortle used to the seas. 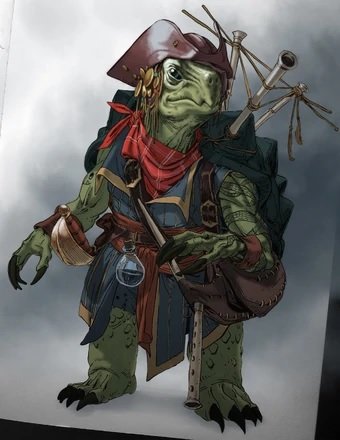 We began to navigate the waters and a few miles off the docks towards the rainbow we saw some sunken ruins in the clear water. We decided our time would best be served to get to the island before the rainbow disappeared and check the ruins out later. 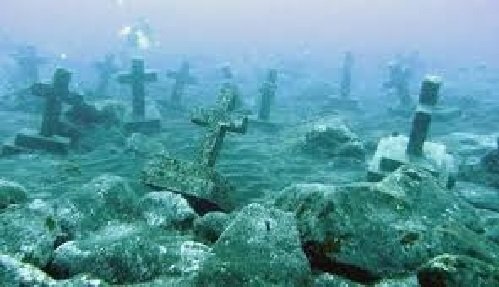 As we got nearer to the rainbow’s end we noticed it was actually ending on a small island. We also noticed that CoCo… Tenfoll’at’s familar was gaining a glow to its feathers as the eyes also grew. The bird actually spoke to us in common before Tenfoll’at got spooked and put it back in its own realm fora little bit.  Al the captian refused to stay on the island and informed us he would give us a full day to explore this place before he returned to the docks.  We slept on the water for the night… Zugall found a bottle with a note in it, me and Balthier saw some whales, Tenfoll’at and Bardy noticed a strange small dancing creature on the water… we left it alone since it choose not to bother us.

We hit the beach of the island early the next morning and headed into the thick of the woods to follow where the rainbow was ending. CoCo flew forward and revealed a clearing with a bunch of mushrooms and a pot filled with gold that the rainbow seemingly landed on. 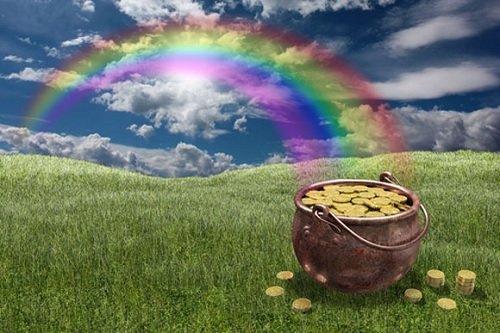 We made our way to the clearing and we founf the pot of gold with ten silver coins had a magical aura coming off those silver coins. I found out what they did witha ritual and as I laid them down on the fungus infront of me a small creature popped out and began to ask us some questions… This creature was bragging about how his gold keep growing even when people take it… we figured out that he killed the other people that found this place and added their gold to his. We decided that this fella was not safe to keep around and he tried to cast a spell on Zugall.. but my prowess and mental abilities put a stop to that. Zugall then smashed him with his maul nearly to death. The problem is he was so small and mobile he dashed and blinked around the clearing keeping his distance from Zugall. Between Bardy, Tenfoll’at and myself we kept his spell attempts to a minimum and eventually he got floated into the air by Tenfoll’at and he took his last smash. 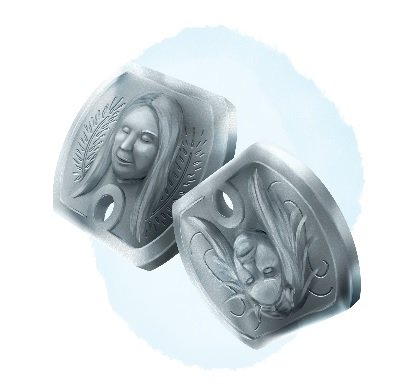 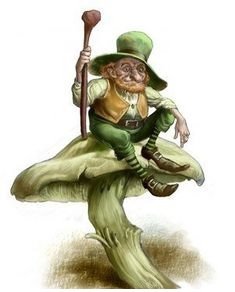 We signaled the captain and made some plans on the beach as to what to do. We decided to try and check the ruins out before returning home. Decided we would leave the next morning and took our time relaxing on the island…

The War of Wind and Water

That is when the storm came in… an unnatural storm of a dozen air and water elementals… These creatures attacked us, but also seemed to be at war with each other. To protect ourselves we inserted ourselves into the fight stopping both sides… 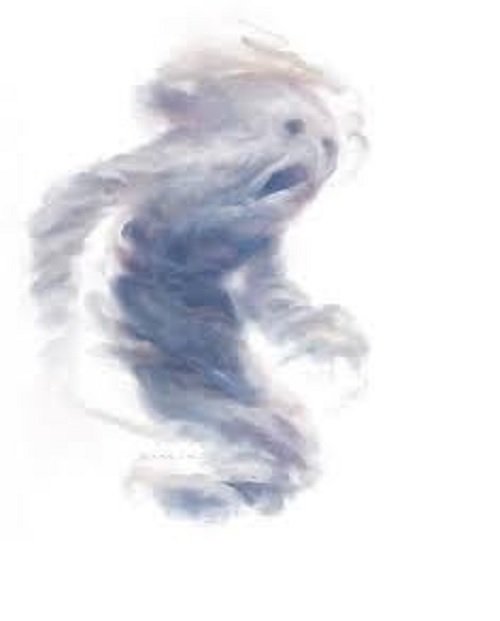 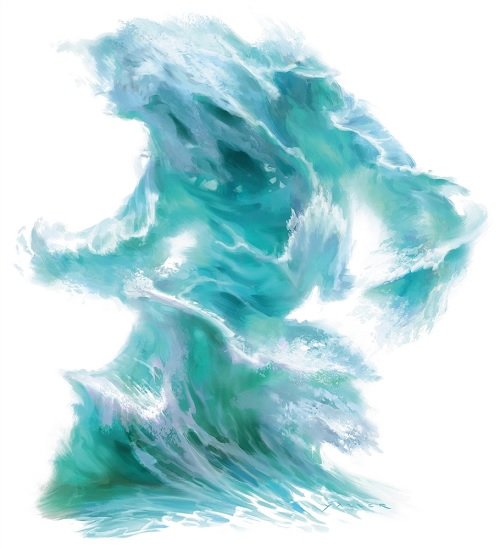 The air elementals fell first and that gave time for the water elementals to merge into one giant water elemental. I quickly banished that one as we noticed more approaching the island. We all hopped in the boat and fled as quickly as we could.  From behind us we saw about six more elementals and one rather huge creature that seemed to have the storm follow it. 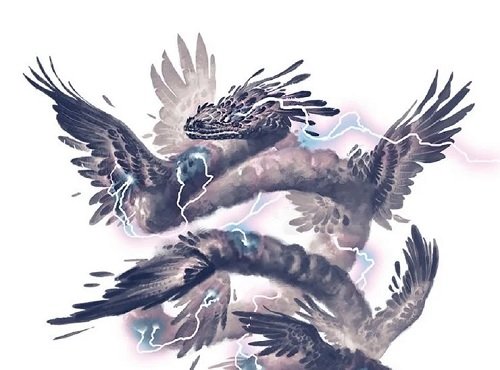 We rowed and rowed to keep outpacing the band coming towards us… the storm thing slowly trailed off and then slightly later the elementals also left us alone.

Returning to the Potted Plant

After that run in we decided no deep sea diving for us as we did not want to push our luck. We sailed past the ruins and made our way safely to the docks. Feeling the solid earth on the ground beneath our feet was welcoming and we rushed straight to the Potted Plant to grab some drinks and show off our Fivepences.