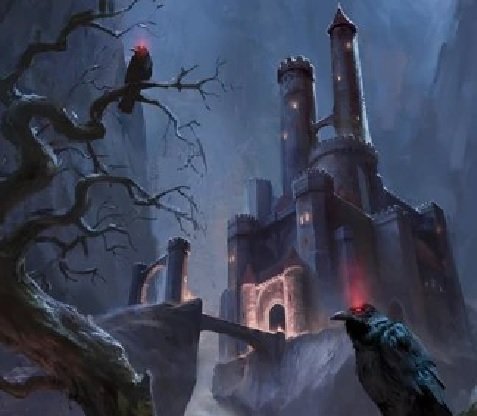 We set out to inspect the castle south of the Silent Forest. We knew it would be a couple days worth of travel along the road so when Marcus was late we had to make the hard choice to leave without him. You could tell Zugall was very concerned about his guildmate. He was apparently feeding some poor in Port Mirandia the day before, but we have not heard anything since.  We marched east along the road north of the Rotmoor River.  The travel was uninterupted and we did not have much bother us in our huts as we slept. Until the second night. We heard a loud scream from south of our camp and we rushed to inspect the cause of it.  From behind the bushes fly up a Wyvren 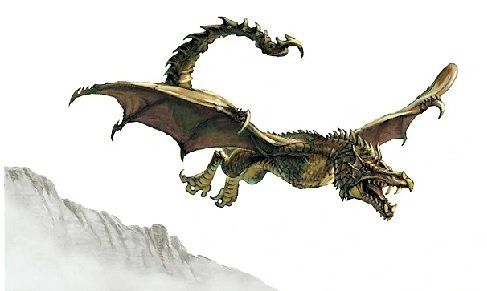 It attacked someone and we rushed to stop any further damage.  It did not take long for us to handle the creature and we turned our attention to the victim of the attack. It was a young man named Berien who told us he had important news that only he could deliver to Ruined Oak. We made the tough call to escort this man back the next morning. 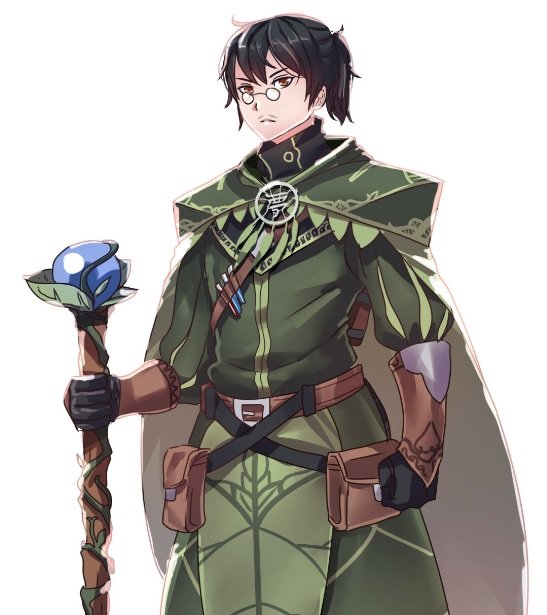 We woke up and headed back west to Ruined Oak to protect Berien and allow him to deliver his message. Sometimes the goal of an adventure changes it course from the plan and that was the case here. He was very secrative about his information and said he would pay us and reveal it when we got to the Bitter Dwarf. That aside our travels on the road were pretty uneventful. One more night on the road and we pushed to get to Ruined Oak… tired and weary we slept the night. Berien explained to us that he was traveling with his father Greyford as they came across Castle Moore… that sounded much like the one we were venturing to. He lost contact with his father and his only course of action was to seet out Voromis. He explained that Voromis is his uncle. We explained we planed to explore tha tvery castle and if he trusted us two days ago we could have went to save his father sooner. We left quickly after hearing this information, but as we were leaving we found Marcus and he apologized for missing us when we left.

Again our travels were not really disrupted on the way back to the Castle Moore.  We ran across a giant pear that Zugall ate and said it turned his face numbe like the large bananas did we found. We slept nearby an animal boneyard and we were awoken by Don finding a freshly killed hound with bite marks on its neck and humanoid tracks leading east. 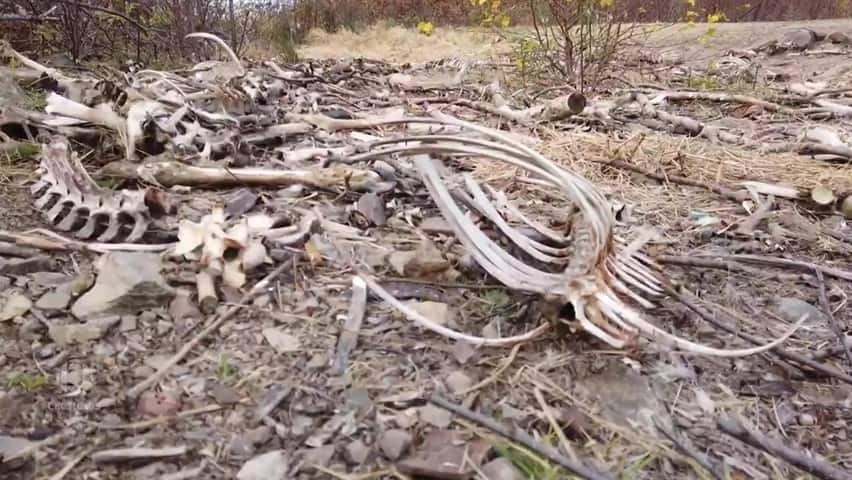 We decided to follow those tracks the next morning. The rest of the night went by with only Tenfoll’at having some of her paranoid episodes and thinking we were being followed.

We followed the tracks and they infact lead us to Castle Moore. The castle with a Green Dragon skeleton in the moat and some crumbling walls. The place had an eerie feeling coming off of it accompanied by an awkward silence. No wonder this place has been left alone and forgotten about.

We crossed over the dragon moat and as we did it released some gas as we did. This lead to a bridge over a chasm to the entrance of the castle. the place we pretty run down. We found a tripwire at the only entrance to the courtyard and we increased our awreness that this was not some abandoned placed… some one or something with ideas or something to protect was residing here. The courtyard was empty except some cellar doors and what looked to be a large mess hall. Zugall entered the mess hall and another trip wire trap… as it made a loud shrieking sound creatures arose from the ground inside the hall. Multiple different skeletons, a weird bug type thing and ghastly image. 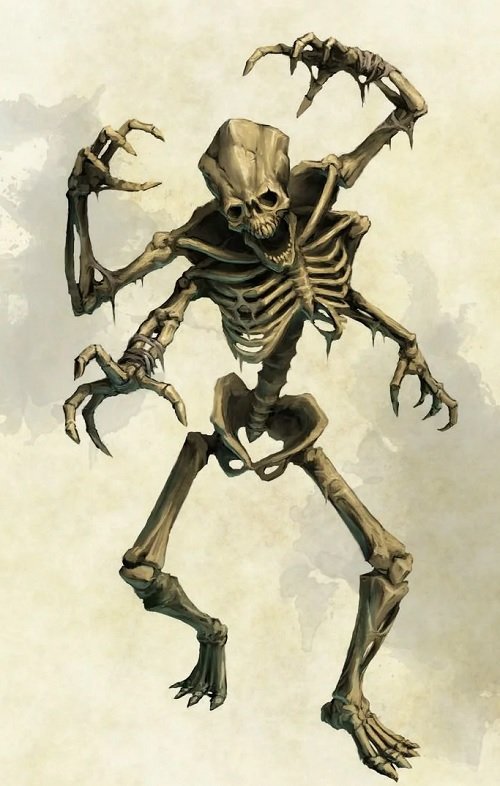 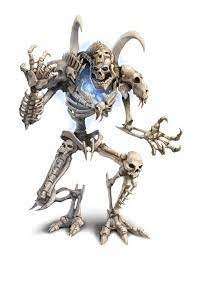 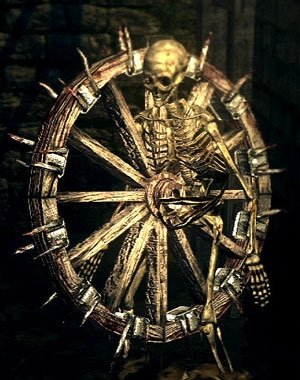 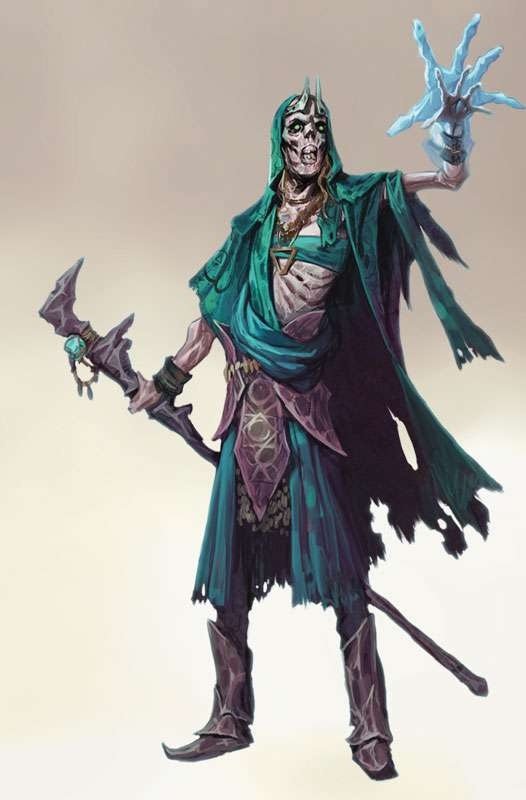 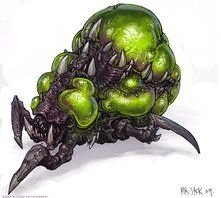 The weird creature that reminded me of a bug (we later found out it was a typer of Zergling a Baneling)charged towards us and just exploded at Oros’ feet. If he wasn’t so nimble that could have been a problem for him. I fired a sphere of acid through the window and did damage to most of the skeleton and the ghastly image. Zugall smashed with his hammer, Oros slashed with his axe, Tenfoll’at sonicly struck with her blade, Horace sent out some electric orbs, Murdum and his tiny atomatons hurled complex equations at them giving them headaches, Don and Marcus tossed some healing out and used some guiding light. The ghastly image mutter “Forgive me Master Strayzo” as he was vanquished. Learning the possible keeper of this castle we headed into the cellar doors and deeper into Castle Moore. We searched the west side of the basement and found a note written in undercommon. 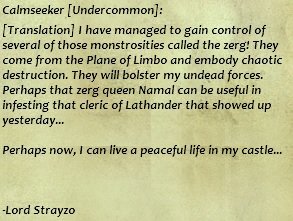 We went north and found a wooded trap door. We heard a rumbling from the door and within seconds creatures burst through it. They looked like the small bug we saw earlier except some of these were huge… 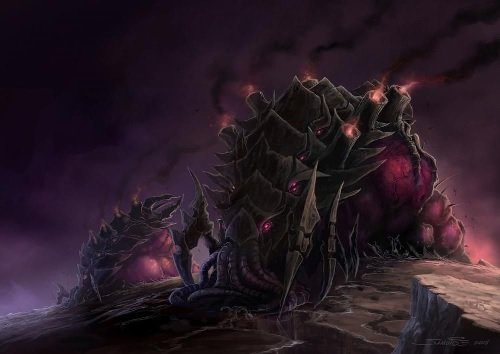 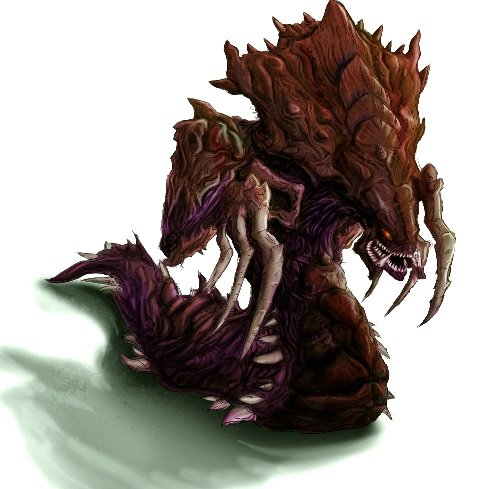 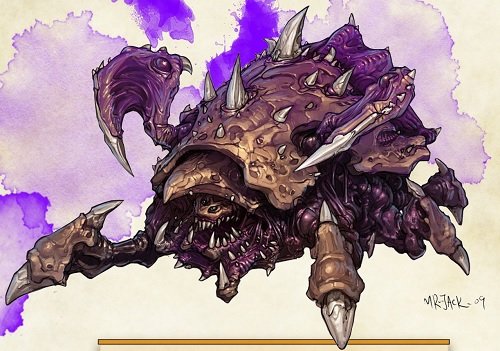 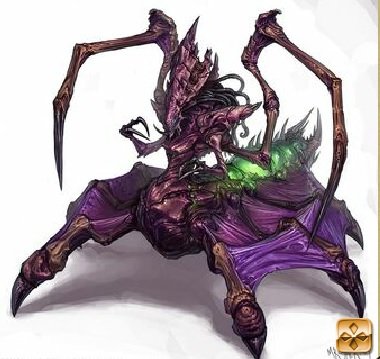 The one with webbed spider legs, a greenish glow on is back and two long stingers called itslef Queen Namal and once she instructed the other “Zergs” to kill us so they could use us to infest the cleric we knew a fight was to insue… but also at that time a large noise followed by a bursting through the stairs as another giant zerg creature came out. 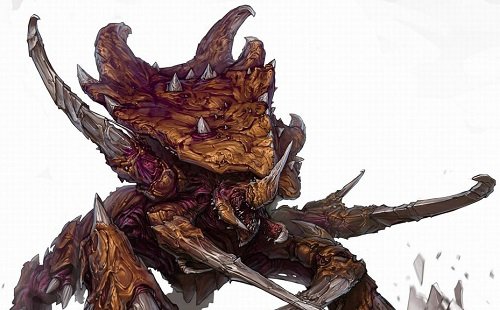 I found out my acid spells were no good on these types of creatures and Murdrum used a storm of sleet to make the ground slick and the vision unclear. We eventually killed the queen and her underlings but this new type of creature from the plane of limbo is something we should be careful of. They have unresearched abilities and are definitely dangerous. We searched the reamining halls of this cellar and we found Greyford in a secret compartment. 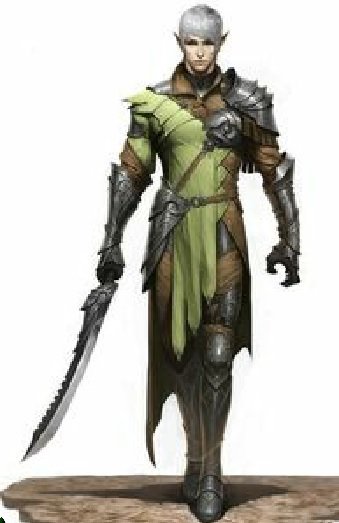 We went further into the depts of Castle Moore and found a locked door blocking our way. As we inspected the keyhole of the lock we discovered a giant scale appeared in the norther part of the cavern. We figured out we needed a certian amount of weight on each side of the scale and it had to be even for the door to open.  The doors opened and lead us to the chamber of Lord Strayzo. He was accompanied by a few spawns and a hovering version of the Zergs. 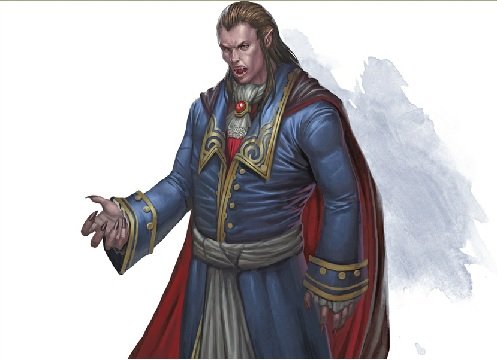 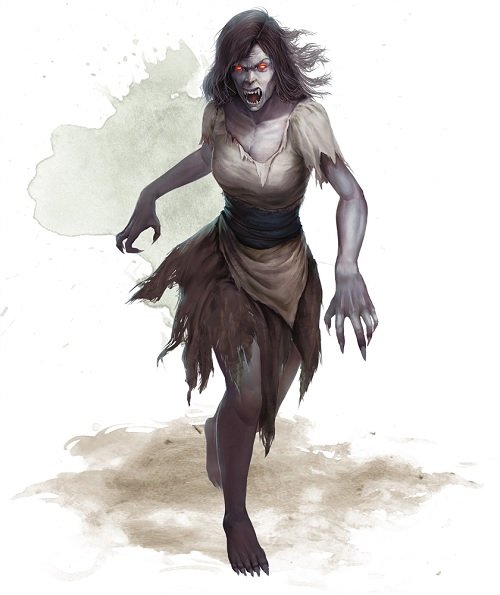 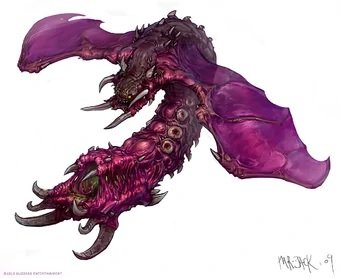 Strayzo tried to use his voice to compell us to listen to him, but that failed and Don turned the mist and warrior spawn. Zugall wrestled with Strayzo as the rest of us took down the remaining spawn and the flying zerg. Zugall and Strayzon wrestled and we surrounded him and turned him into mist before we killed the turned undeads. We followed Strayzo’s mists down the stairs to his coffin and placed a stake through his heart turning his bones to ash.  Not wanting to linger much longer in this place and not finding a way that the creatures from Limbo were coming from we decided to head out and camp outside of the castle walls.

Returning to the Bitter Dwarf

We aoke the next morning and were ion a hurry to get back to Ruined Oak with Greyford in tow. Reuniting him with his brother and son would be an unusual happy ending for this island. We found some thing along the way back like a pillar anda well which we ignored to make our return more hasty.  We did however find a naked man on the ground near some fallen statues. We woke him up and Greyford informed us this was one of his scouts he sent to check on White Moon Cove. The scout reported that Grimmys had taken crontrol of White Moon Cove. I asked if he had seen any gnolls of kobolds around there. No gnolls ,but some kobolds in the area. We took this man with us back to Ruined Oak to get him some sleep and clothes. The rest of the travels back to Ruined Oak were nothing to report. Voromis, Greyford and Berien were reunited and Greyford was offering to stick around and help out Voromis.