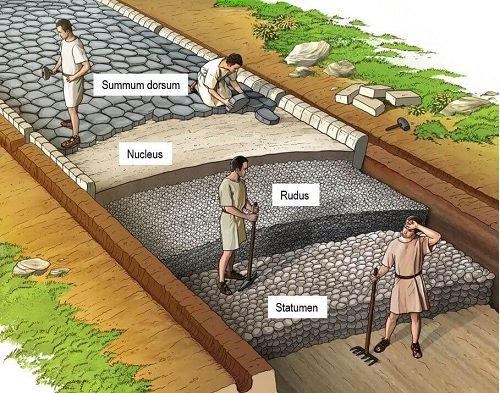 Mission: Protect the workers as they paved the way to the GQE portal.

End of the Road... starting new

We started our journey and found not much bothering us as we travel up the started road on the coast. We rested for the night and saw some stars in the sky but not much to really garner any interest.  On the next morning Philford’s workers began clearingthe pathway further up the coast. That is when we encountered some strange fellows digging up something. As we approached them they got really defensive and accused us of trying to steal from them and that is when it all went down hill… for them. They attacked Marcus and we held very little back. Taking each one down arther swiftly. After finding a trapped chest which Olivia expertly opened… for a tree hugger we continued to protect the workers and as night time came upon us they we  rested. Another peaceful night by the coast and we awoke to more gaurding of the workers.

As we moved along with the road work we found a house and Shrieker happened to find a trap that they narrowly escaped from. That said just outside of the house we found a facedown man by the road.  He was claiming to be a Lependi, but he also claimed to be attacked by wolves. Knowing that this part of Katashaka has had some Lycan run in we offereed to cast a spell on him to remove any curse that maybe on him. He got very defensive at mention of this.  We determined he was lying about stuff around the same time he tried to attack us. 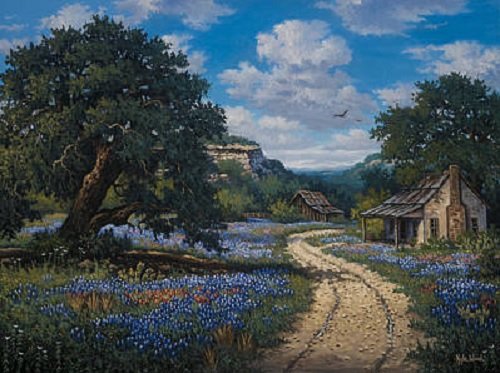 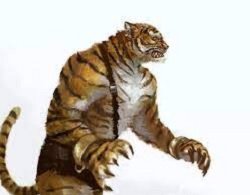 We took the were tiger down fairly quickly as no one got bit. Oliva however found her daggers to not do too much in the ways of hurting even though she felt she struck it true. We marked on our maps where the house was to come back and take a look later. The road work went on without a hitch for the rest of the day and we bedded down for the night making another six miles of road. Again the night on the coast went by rather peacefully even  though our day had been mildly disturbed.

This is the area where to road begin to turn inland from the coast and just as we were making that adjustment to our direction we noticed the sounds of what appeared to be creatures fighting with each other. In the skies we saw four dragons… two white and two blue and as we were out of sight the blue dragons were strongly suggesting the white dragons leave their home land and proclaimed they owned the coast. 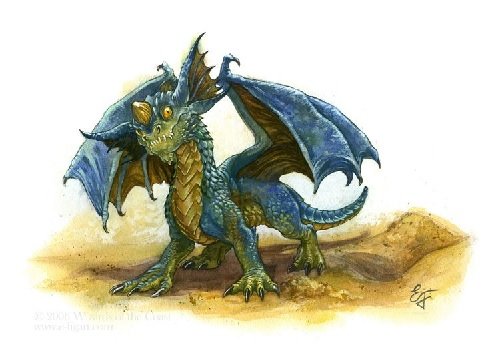 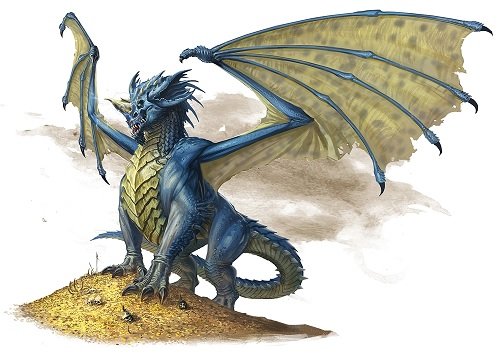 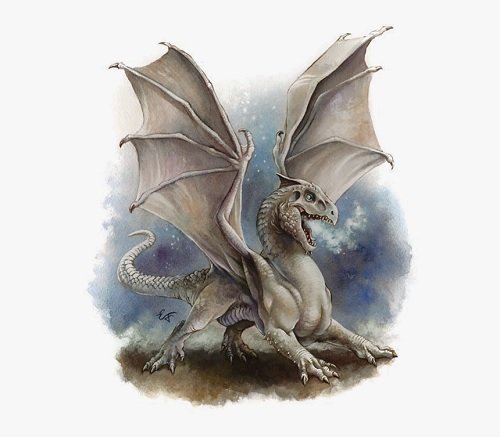 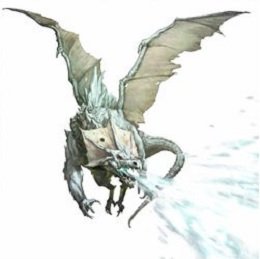 Each color had from what I could estimate a Wyrmling and  Younger dragon. As we overheard this territory disput; the dragons noticed us. Their dislike of each other was only superseeded by their want to eat humanoids as the yworked together to attack us. We yelled for the workers to run as they turned thier attention towards us. We shot the wyrmlings down fairly quickly, but not quickly enough to stop the lightning breath from the blue dragons and the ice breath from the white to come in our direction at least once. The young blue dragon was the last remaining and he was shouting something about his home. I felt their might be a nest near by, but we also felt that might mean more dragons… more dangerous dragons than these as well. We continued to move along with the road work heading towards the portal. As night time came the workers seemed pleased to be done for the day and also to not be in the belly of a dragon.

Dinos in the Night

As we slept GarGot and Shrieker noticed a loud rumbling and the earth was starting the shake slightly. GarGot immediately thought it was his “Friend” Tyrant King… but as we quickly realize this was a large and very dangerous dinosaur. It was heading straight for the workers and then all of a sudden Bardy used his voice to send strange whispers toward the beast as it moved away… this was followed by Honkers charging forward towards the beast and it realizing not many creatures are on the same level of Honkers as it retreated further. 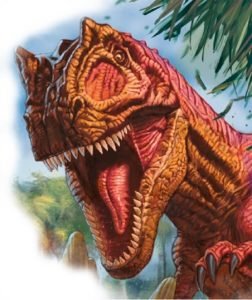 Our goal was to keep this thing away from the workers and that is exactly what we did. Some more whispers in its direction and some arrows followed by a few spells and the creature was dead laying in the plains. GarGot pleased it was not the Tyrant King.

We decided to bring this operation to a close and traveled back on the road we just recently made. on the way back we noticed a tree with some runes carved into it. 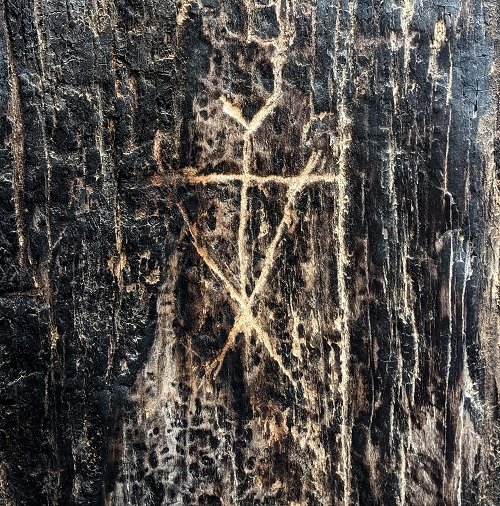 After inspection of the runes finding out it had abjuration magic on it; we also discovered it was a set of runes used to summon an alter. This tree happened to be left out of that ritual but anyone trying to chop it down would be cursed. I cast Dispel Magic on the tree and the effect disappeared… Olivia decided the tree needed to be burnt down still. This is interesting that a summoning altar may have been created out here. We walked farther back towards Port Mirandia and we came back across the house, but this time we found a fox in front of it eating a dead body. 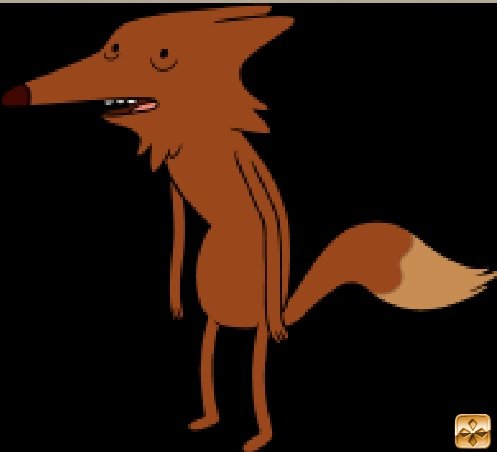 He seemed friendly enough.. until he spoke to us about the house saying it was dangerous down there. We decided it was worth a look down there. The cellar was more than just a cellar it was the entrance way to a cave system.  And this cave system had a really rotten funk to it. We explored it and found the source to be a dead elven man. However that dead elven man was surrounded by two ropers… one of them rather large with way more tentecles. Quick retreat out of the cave passage into the open and we began to fight it. 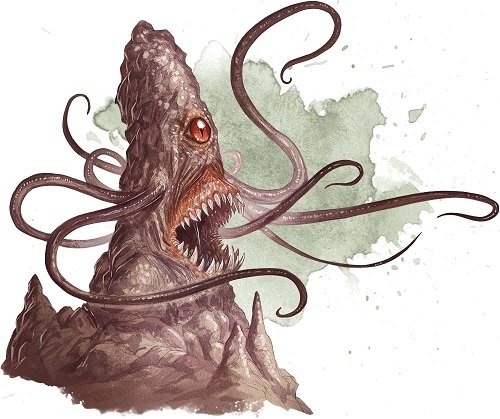 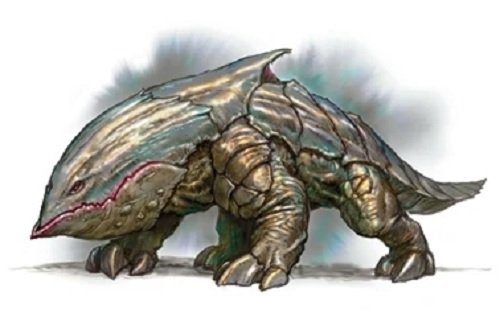 As it they gave chase we heard a loud screech and from behind us out of the ground popped a Bulet. This became a tricky situation as we had to focus on the land shark and as we did the larger roper made its move and grabbed four of us. Marcus decided to stay in its grip and radiate pain to it. Horace struggled out but was caught again moments later. Honkers was wrapped up and honking. I was also caught but used my Fey prowess and misty stepped away.  The land shark was brought down and we began to work on the ropers… Bardy unleashed all his powerful spells to try and save Honkers as he burnt away the smaller roper. Our magic seemed to work less on the larger roper, but arrows they seemed to work as Shrieker and Oliva fired from the shadows. The large and ancient roper finally fell to our assault.

After the cellar experince with the ropers we decided to not push our luck and get these workers home as quickly as possible. We encountered a frost giant… one we were familar with. Nifil the Chief of Yot… well there was a tribal dispute and he is still chief, but they are name teh Utgard tribe. He was hunting white dragons that feld from the mountians down south. We pushed our way south on the coast and as we got to the stone bridge we decided to hoof it to Port Mirandia and sleep in the Potted Plant in our beds for the night. Philford thanked us for the job we did protecting the workers and bringing them home to thier familes.