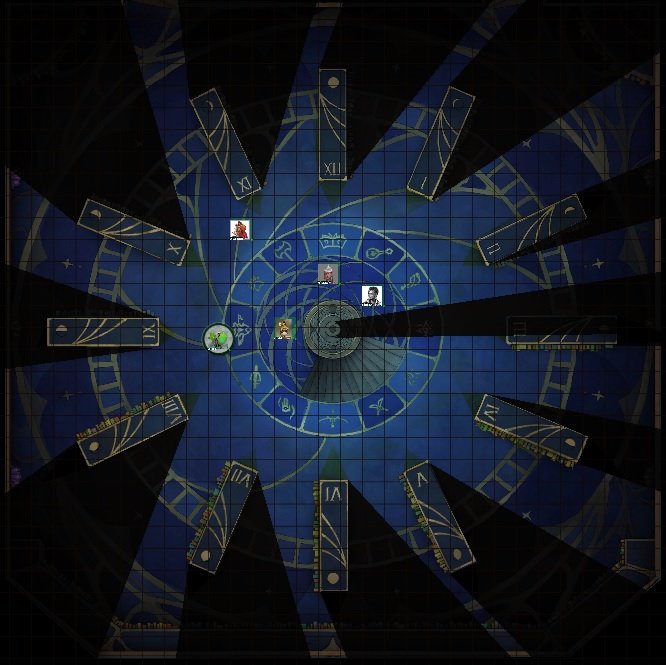 Mission: Deliver goods to Rehope and learn some stuff in their library

We made our way west on the roads out of Ruined Oak and we heard a rumbling and felt the ground tremor on our way to Whisper Gaurd Post. We did not check it out since we had a delivery to make and did not want to risk the cargo. When we arrived at the outpost the gaurds also reported the noises and tremors in the same basica area. 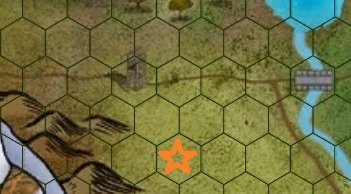 We slept  at the outpost and continued northwest torwards the rehope outpost where they sell some market goods on the roadside. We did some shopping and rested here for the night and paid a guide for the trip into the mountains. Next Morning we headed out and as we ventured into the range we overheard some ritualistic chanting and notices some dead bodies hanging in a tree. 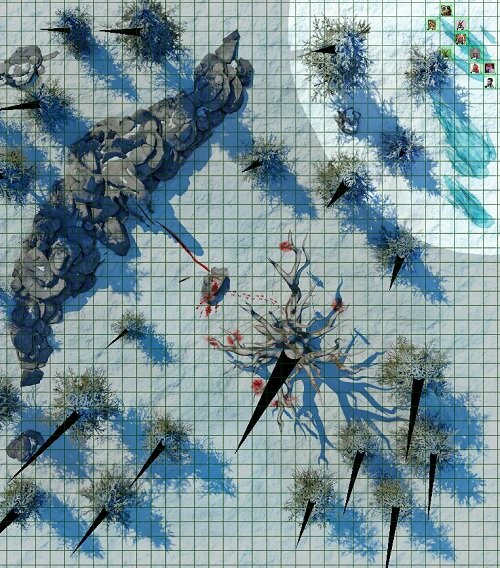 We decided it was better to interupt the possible summoning and went to stop the ritual. We killed the leader of the ritual pretty quickly and the followers doing as they should quickly followed. However a man riding a large beetle crashed the party as well s a wolf . The mounted combatant was a bigger challenge than the cultists, but we also brought his mount down. This lead the man to sacrafice himself and caused a necrotic blast. 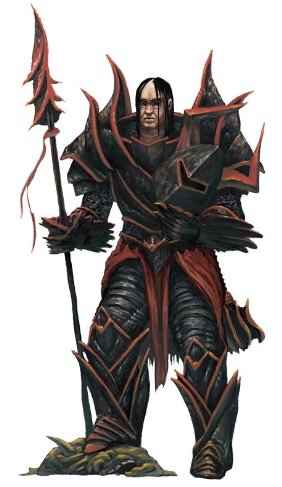 The bodies hung in the trees were a Rehope scouting party and we helped the guilde bury his fellow citymates. We found a note on them cultists that read

We must rebuild they have pushed us out of the Tempest Plains, but we will be reborn – Hex Council

We pushed on to Rehope from here and arrived at the gates by midday. 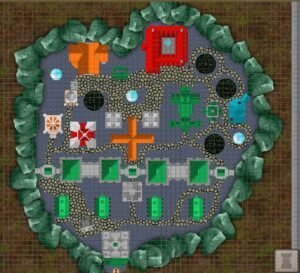 We were greeted at teh gate by the gaurds and I informed them that we had been sent by Duririmor and Nostal to have Mortimontiem Granitcleaver reforge this blade for them and also to see Soritutia Nosshamer about some trade goods we wanted trade for finished products. I also had been granted permission to read the wealth of knowledge in the Rehop Library. 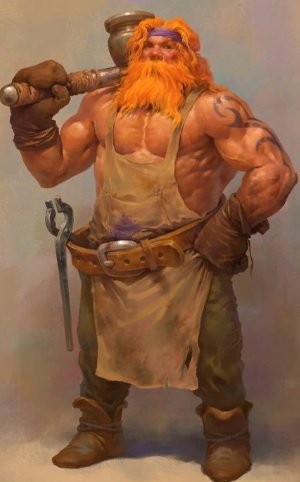 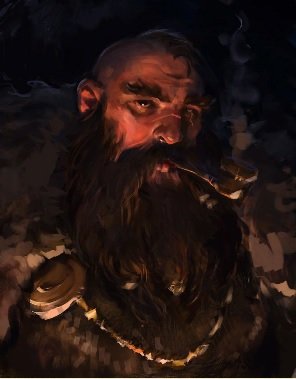 Mortimontiem informed us the sword would be finished within a day and Soritutia said the details of the work would be given to us by night fall. We then headed to the library to research some of the topics we have been recently troubled by.

The dragon was bound with a task in mountains. It opened a monestary attracting the kinway warrios. They started the rituals. fire, earth, wind, water tests. The purpose of these tests is to prove someones worth or hardiness. There seems to be some deeper purpose of the tests than what is visible. 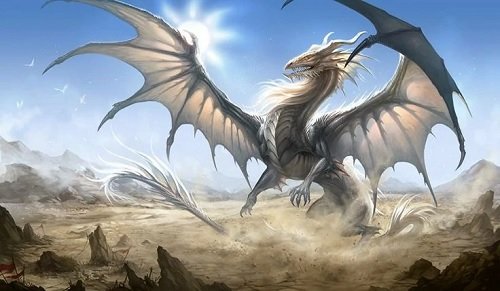 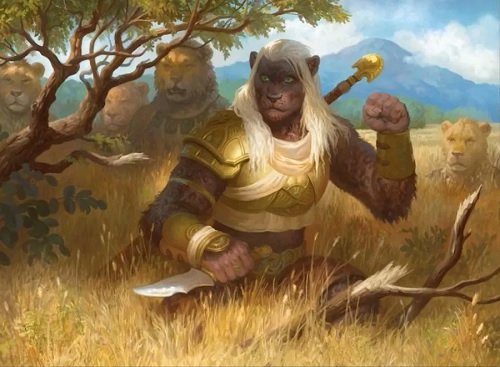 Research: The Altist and the Splitting

An ancient kingdom named Altist was thriving. They had developed that immortal destruction guy. This development was powerful enough to threaten the council. Talks about the Yuan-ti coming down to wipe out the Altist. Worse than the Tabaxi Massacre.

A theory that the early days of the world being formed, the land was more whole and flat. The splitting happened approximately 30,000 years ago shortly after formation of the world itself.

World Spine mountains are also considered the stone mountains (this is not specific to Katashaka, but the entire material plane) 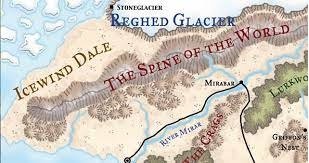 TheBlood God or Being was locked away by the council over 550 years ago. Yorigo No’tail an archlich of great power set seige to the dwarven city. The god of mining Durimon helped repel this lich. Apparently a group outside of Katashaka was supplying this cult.

A newer entry supports that teh Blood Cult had joined forces with Tsarn and was active in the fight against White Moon Cove. We also have intel that an outside force was also supplying the cult a recently as before the fall of WMC.

This combined with the recent intel we found of a the “Hex Council” leads me to belive that multiple cults are joining together to achieve individual goals.

Dark Jaw visited Rehope twenty some years ago. He was/is a human interested in dark arts and his research on those lead him to Rehope. He and his traveling mate were forcable removed from the city when the companion comitted a a crime.  Dark Jaw was claiming a world within worlds beyond the stars.

The Kingdom of Ruthdal was ruled by Lord Ruthdala. This kindom was on the Serptine River north of Rehope. This kingdom was flourishing as it traded reguarly with the original settlement of Port Mirandia. It was flourishing until a tragic event took place on an adventure into the Greystone Mountains. Ruthdala left with a full adventuring party and only a few returned. After this strange advisor showed up and began to aid Ruthdala in his decisions. No one knows where they came from or even what they were called. At this time Ruthdala became different type of ruler. Paranoid, spiteful, and near evil.. as he continued to rule people vanished, executions for petty crimes took place and eventually abominations arrived and turn the surround land desolate and not much has been heard from the area since. 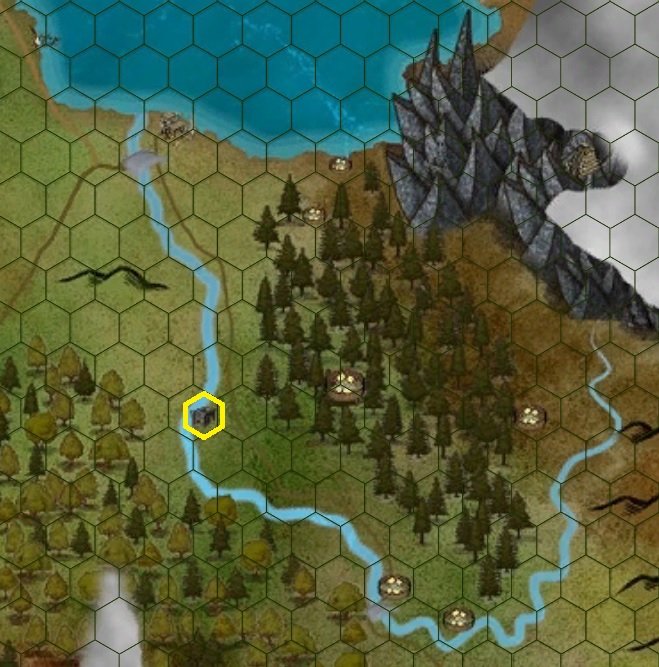 After checking our record I have deduced that this fort is where The Kingdom of Ruthdala used to be and that the Fishscale have warned our adventurers to steer clear of this place in the past. 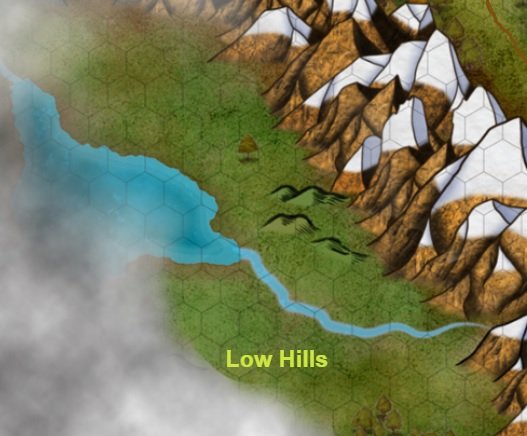 Treehehe – A gaurdian in the woods  south of the river and north of the desert. A dwarven scout team came across this being and he told them he protects the Lost Woods. We also had a group of adventurers encounter him a while back with a similar experince.

City on the Crab – Dwarven scouts also encountered crustration like being whoe came from a city that moved around the large lake. It was on the back of a large crab like creature.

Three great tribes from the north that spanned the area from the Port Mirandia area into the Mhair territory and the valley. Each tribe was lead by a powerful warlord 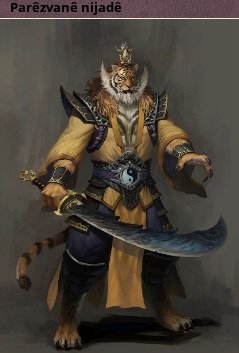 Was benevolent and his ideology was the tabaxi were important themselves. He made great strides to protect the tabaxi from the ensarement of the Yuan-Ti. He was big into building settlements/ towns/ and organizing. During the great decline, he took the remnants of his clan and fled the island itself. The destination is unknown. 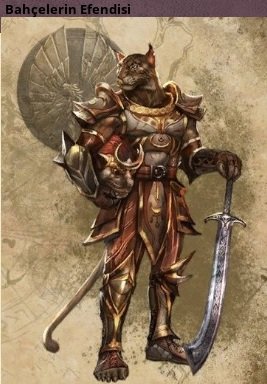 Was “the father or reason and logic” He formulated many libraries and created places to store information and made great progress to recording things. During the great decline, his people scattered across the island, fleeing “the moving terror”. Unfortunately, as much as Bahçelerin Efendisi strived for knowledge, his light faded as his clan crumbled. 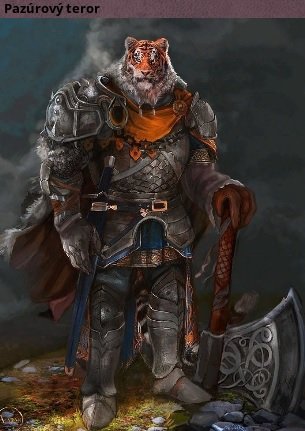 Was the first tribe to be ensnared by the Yuan – Ti. His people were the perpetraitors of “The Great Tabaxi Massacre”. Their people slaughtered the Lapendi’s ancestors(Lapongo) down to 1/20 of their population. The rest of the Lapendi were spared but each year they had to give up a maiden to the Mhair. – In further research of our own logs we have found that the Lapendi are still tied to this treaty and that the current Sal is a Lapendi Maiden that went through ascension.

A place beneath Rehope in the underdark in the direction of The Low Hills has many minerals with special properties. One of those was referenced in a pbook on the paladin shelf. It is green and purple in color and is strong against the undead. This ore is called Geoad Milcalnite.

Research: Chronomancy... The Order of Magmatude

The librarian took us to a different section of the library to do the research on the time people I have recently encountered. 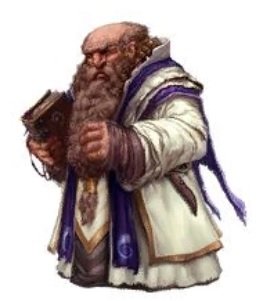 The room he took us to was deep under the library and had a floor marking of the twelve ways of life in a circle resembling a clock with twelve bookshelves that were also labeled with the phases of the moon.

This was not a normal place and Murdrum felt a connection with it. We found out from the wizard’s bookshelf that The Order of Magmatude was trying to piece together techniques of Chronomancy and was visited by NosiMaria and warned to stop looking into the Manipulation of Time. 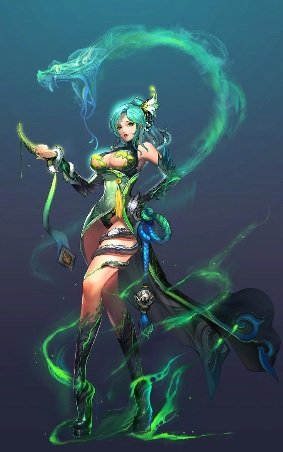 In the sorcery bookself we found some writtings about a mansion in the Ishah Plains. This immense mansion stands in the middle of a larger cavern. It is a normal mansion barring the fact it is buried in the depths below the earth, far from the sun. Strange lights can be seen inside the mansion and few dare to cross its threshold. It is said a strange sage dwells inside the mansion. He will answer any question asked of him, but always in a manner that is almost a complet lie. Almost, because every answer has an elemnt of truth. If it could be discerned which parts of the answers are truthful then this sage could be useful. 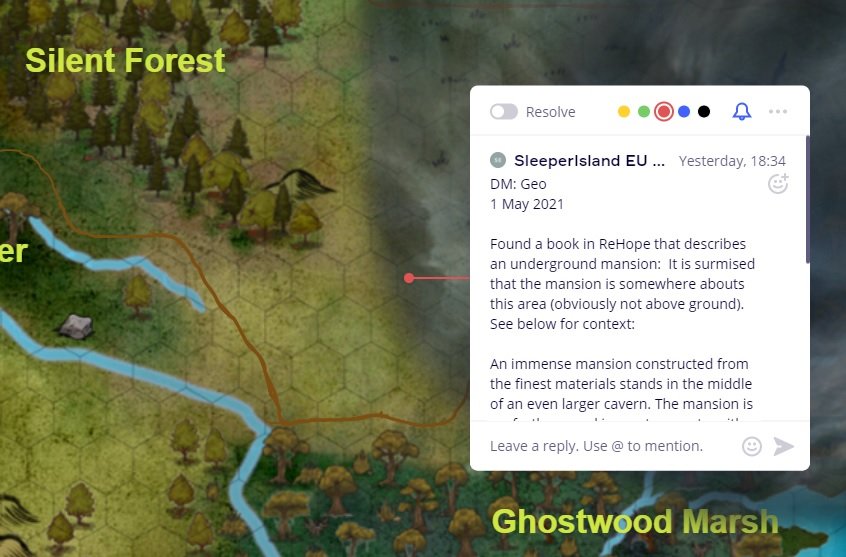 On the or inside the rogue shelves we founda book with this information.

The warriors out of time seek the anwser to the Gray Seer – Balthier thought that Gray Seer does not provide answers, it is a riddle or clue or something that requires an answer itself

Near the river of the horse shoe – Balthier thought it is a geographic landmark of where the hall of the dead is near?

Murdrum went to find some answer and the room faded to a weird stasis and only he saw this being tht told him the man with the answers we were looking for is named Danivoy. This is a researcher I have ran into before and he told me he knew nothing about my research targets.

200 years ago strange beings that knew of future events visited and spoke with Asnostal Gorimulch. They gave knowledge to Asnotal and this infomation drew attention and hadpeople make attempts on Asnostal’s life. This forced Asnostal to leave Rehope and head northeast to the Whisper Woods. The visitor was pictured and matched the image I had been searching for. 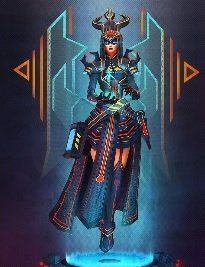 After this bit of research messangers came to inform us that the sword had been reforged and the trade deal had been finalized. We decided to take our rest for the evening and head back with the sword in the morning.

We headed back with the sword in hand and had no real interuptions of our travels. I did however scout for the home of Danivoy in its last known location and it turns out it is no longer there. Taking a team to investigate that further seems likea wise idea.