Gau was getting used to going on adventures, so he found himself walking into the Inn one day and up to a table of familiar faces.  Gau wasn’t really sure, but he thought they were going to go on a walk, and Gau loved walks, so he decided he was going to join them.  They walked a long way south along the road, so they didn’t find any new friends or old ones along the way.  The group stopped at an old castle that was newly rennovated and smelled funny.  The night was quiet, though, and all they wanted at the castle was a piece of yellow metal, so Gau gave it willingly. 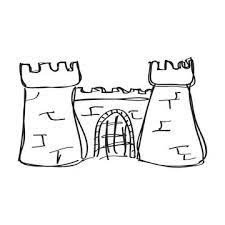 The second day on the road they passed over a really big bridge that spanned a river.  It was a usual spot for fishing, but no one was out that day.  No new friends again.  That night the group of friends didn’t have any to watch over them, but Gau didn’t mind at all, he liked sleeping out where mother nature could watch over him.

The not so peaceful night

While everyone was trying to sleep on the second night, a group of bad guys showed up and tried to scare everyone.  They had arrows and swords and shot them at Gau’s friends and hit Gau a couple of times.  At first, Gau wasn’t sure if they were just lost in the woods or they just liked how pretty the moon was, but when the arrow punctured his shoulder, he knew these weren’t friends. 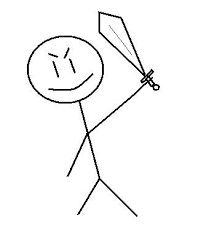 Gau didn’t hesitate to call on the strength of nature and took on the form of a giant snake in order to crush the bad guys and teach them a lesson.  There ended up being a whole bunch of them, but Gau and his friends were heroes, especially Gau, so they weren’t afraid at all.  Gau and his friends taught the bad guys that in the next life, don’t be so mean.  Once the bad guys were done for, the friends made sure everyone was ok and accounted for, then finished their night under the stars.

The next day the friends made their way to a little hamlet.  This place was a bit confusing because none of the doors wanted to open and there weren’t many windows.  Gau wasn’t sure how to make any new friends but Cavendish showed the way.  She kicked a door right in the middle.  To Gau’s surprise it opened right up!  A little person was on the other side with more arrows, but she didn’t shoot Gau so she was a friend.  Barry made the door feel better and the little person dropped her arrows and talked to the group about lots of things.  Everyone decided to go walk some more through the woods and such, and Gau didn’t mind at all.  He was having a great time on the adventure.

Gau finds all the hiders

After walking a long time through the woods toward the marshes, everyone got tired and decided to settle in for the night.  Gau, the best hunter, fed all his friends and made sure they were able to get warm by the fire.  In the night, when Gau was on watch, some people Gau didn’t know were playing hide and seek.  Little did they know, Gau is a great seeker, and the ruels of the game are to try to stay hidden.  Gau found them almost immediately as they decided to come right into camp.  One of them put a hand on Gau, she was a first timer.  She was also blue and had horns and stuff.  Gau, having caught her without even needing to do anything, wasn’t sure what to do next.  The hiders asked Gau some questions, but they put a hand over his mouth so they couldn’t understand his answers.  Then, Gau realized they weren’t friends when some of them put knives to all of Gau’s friends throats.

At first, Gau decided he was going to eat the first time hider, but she asked Gau to wake up his friends.  Gau wasn’t scared at all, and woke everyone right up.  They talked a whole bunch and all throughout Gau could tell that the first time hider wasn’t good at the talking game either.  She kept holding her hand over Gau and Gau just wanted to eat her for using the knives.  Cavendish seemed like she was having a good time so Gau decided not to eat the horned girl.

Eventually, Cavendish made some friends that the horned girl made appear from behind a magic curtain.  Gau thought it was pretty cool to have a curtain that made friends appear, but didn’t like the horned lady still.  After making new friends, the horned lady left to go play hide and seek more.  She needed the practice anyway.  Gau made sure the new friends had food and weren’t sick and then everyone went back to sleep.

The friends woke up ready to go the next day and headed back to the little hamlet with doors that wouldn’t open.  Gau followed his friend Barry and learned that some windows actually doors from his other friend Dakka Doon.  Gau crawled into the building and went downstairs to a long hallway underground.  Gau and Barry heard voices and Katla went back all the way outside to talk to Cavendish.  Katla told Gau to come upstairs if she gave the signal and Gau gave his word that he would eat people this time, even if Cavendish seemed to like them.

Barry told Gau that it’s ok to bite, but not eat, and then gave Gau old sour water.  Cavendish got the door to open again and the same lady started talking to Cavendish.  Gau never got a signal so he didn’t even bite anyone and Katla came back around and said they needed to get into another building.  Gau, seeing that the new building didn’t have any normal doors, took what he learned from Cavendish and Dakka Doon and super heated the metal window and then knocked it right in.  Proud of himself, Gau went in through the windoor and saw another horned person inside and everyone talked about what to do next.

Cavendish went back to the little person and everyone followed.  The little lady was not happy that Gau used the windoor like he learned how to, but Gau just figured she didn’t learn about that yet from Cavendish.  After a lot of talking, Gau was asked to interrogate the horned person, but not to eat him.  Gau used the most effective form he could think of; Inspector qaukardy. 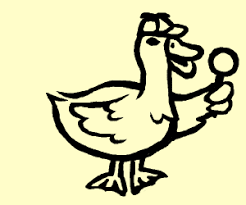 The horned guy cracked under the pressure and Gau’s friends learned everything they needed from him.  Gau’s friend Katla seemed particularly unhappy about all the talking so Gau knew this was a really bad guy.  After spending the night interrogating the bad guy, Gau was taken upstairs to sleep by the little person who let him sleep in her own bed.

The next day, Gau came downstairs and everyone was ready to go.  Two of the new friends were also friends of the little people so they decided to stay, but the little lizard friend was happy to be with Cavendish and decided to head back to Port Mirandia with the company.  Gau and friends made quick tracks getting back following the road over the long bridge and past the old castle.  Getting home, Gau was pretty excited to tell his best friend Bagheera all about the adventure he had.