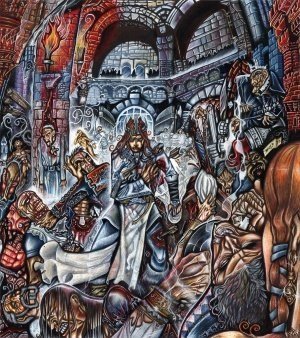 Mission: Helping the Moonbrooke Conclave in the political stalemate.

We got suckered into helping finish a road that is next to the Briarwall Forest. We spent our first day traveling to reach the destination so the workers could start the next morning. As the workers cleared the road Gau overheard a whooly rhino and decided to havea test of strength with it… but he did it in a non animal form. Surprisingly he survived and won. Slightly later in the day we overheard some people in trouble and went to check it out. We came across an interesting scene finding three slivers, a shambling mound and an Otyugh blocking the path of two travlers.

The slivers are did the samething but as we killed them they lost some abilities. Apparently they havea hive mind and when they are near other slivers they can share abilities. The three we saw today were heart a fast reaction sliver, burrowing a digging sliver with fast underground movement and a spitting sliver that could spit acid at us. We took them down rather quickly and turned our focus on the shambling mound and Otyugh. After some time those two fell to our party as well and we began to speak to the two travlers. One was a famous bard Billiam Orris and the the man who mad the gear that has aged Gau everytime he has touched… except the shirt Faenoa touched that one. His name is Roshutto. 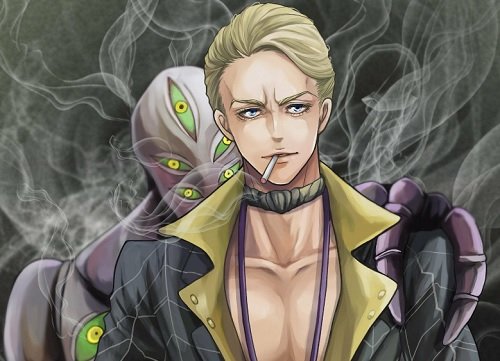 He told us that those items are part ofa set made for the Hero of Ages, Linker. Gau was very Interested and Roshutto offered to sell him the rest of the set. Gau eagerly paid him and as he put the items on piece by peice he got slightly older… though after putting on the last peice his appearence slightly changed to resemeble Linker. 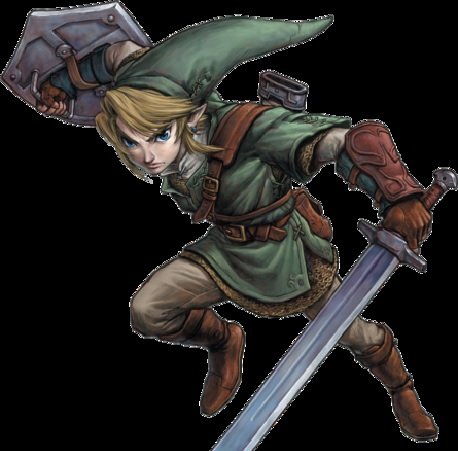 We left early from Ruined Oak and headed to the pillar that opens the secret tunnel to Briarwall Forest. In the tunnel there are creatures called Cloakers that Faenoa remembered requested food for safe passage.  Finding it easier to feed them the fight them we feed them some rations and traveled the tunnel. Exiting the other side we were met by Elaena Coopers a member of the Moonbrook Alliance. She Escorted us to Poaret and we arrived around dinner time. We ate with Silvers who explained the recent history of the Drow in the Briarwall Forest. 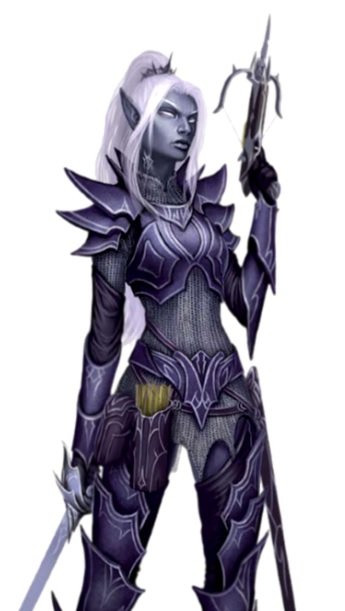 There are 3 major drow groups in the Briarwall. 1 is the town of Poaret where I am currently stationed. 2 is the town of Sal Nalore, where the slaves were gathered and traded. 3 is the city of Ashilin, where the grand high priestess of Lolth lives.

Very well. Sal Nalore is ruled by my younger brother Bronzin, and Ashilin… Ashilin is ruled by the grand high priestess Goldy Locksheart… my older sister. 300 years ago, my siblings and I took our place as the next rulers in the Lensher family. However, my older sister thought that the drow could only take their rightful place as the top of all races with help of the demon lord Lolth, so she enacted a decree of slavery and sacrifice in the name of Lolth. She used the connections we had with the Underdark to marshal forces from outside the Briarwall and used it to quell those that spoke against her. I once followed, believing that it would be enough that she would increase our might. However, she tried to recruit my beloved Rosanna as a priestess of Lolth against her will. I also did not want her to become corrupted by the dark rituals involved. As punishment, Goldy Locksheart killed her. After many years of arguing about relying on Lolth, her death was the final straw for me! I gathered what allies I could over the decades and left the Dusken Kingdom and formed the Moonbrook Alliance. I still had allies in Poaret, and my siblings knew a direct confrontation would take much time and resources, so we have faced a stalemate for many years… until recently, adventurers from Ruined Oak arrived.

After the quick hisory lesson Silvers informed us his brother Bronzin wanted to havea meeting with him and it was our job to help determine why and protect Silvers if things went wrong.

We traveled east through the Briarwood heading to the meeting spot. As we traveled we noticed that some of the Drow seemed very mocking of our party members. We also encountered an area that we were warned about as being thick and if he throns pierced you you may feel a bit sick for an hour. This place has protections for its inhabatents. Strange island indeed. After passing the thorn area we came into a clearing with stones pillars set in a circle. This is where we first saw Bronzin. 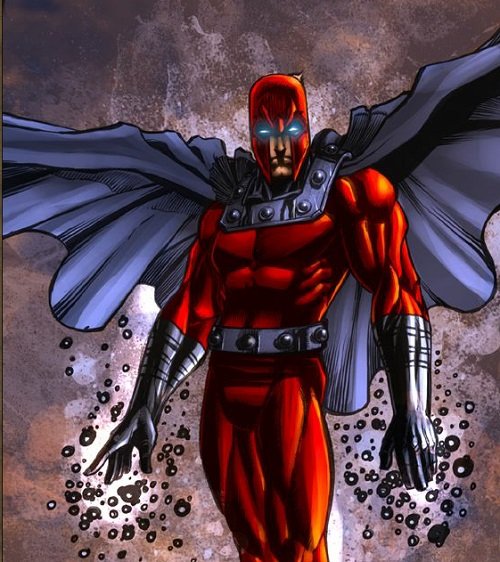 The meeting was peaceful as Bronzin informed us of his wantto leave the following of Lolth and about his sisters wedding. A wedding in which she was to marry a human named Cromwell. He said that we should strike Ashilin while they were distracted by the wedding. I however questioned Bronzin’s motives as he seemed to have no plans to aid in this attack on  Ashilin. Silvers agreed with my assessment and Bronzin reluctantly agreed to an honor combat. If Silvers won Sal Nalore aids in the attack, if Bronzin wonthe split of the land s we favor Sal Nalore… I found this split already awkward since Sal nalore offered no troop support but wanted the city. ANYWAY The honor combat saw Gau from ourside vs a Drow from Bronzin’s.

Gau transfromed into a mammouth and the drow turned into what I know as a Yochlol. Gau got an early advantage and never let up. The battle was lengthy but Gau winning was never in question. Bronzin was forced to end the combat and admit defeat and offer his aid in storming  Ashilin.

We left the outskirts of Sal Nalore and headed to Ashilin and waiting for Bronzin to start his distration so we could slip into the city. We waiting and at noon the arrow flew and the chaos began. We snuck our way through the gates and headed to the courtyard where the wedding was happening. When we arrived whe sent our objections to the marriage and Cromwell set up a protective barrier for him and his bride Goldy. 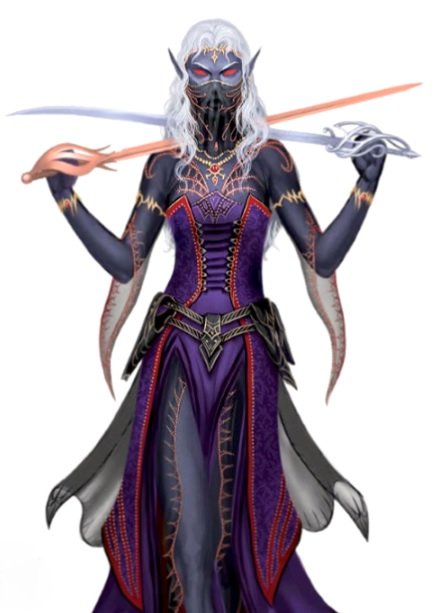 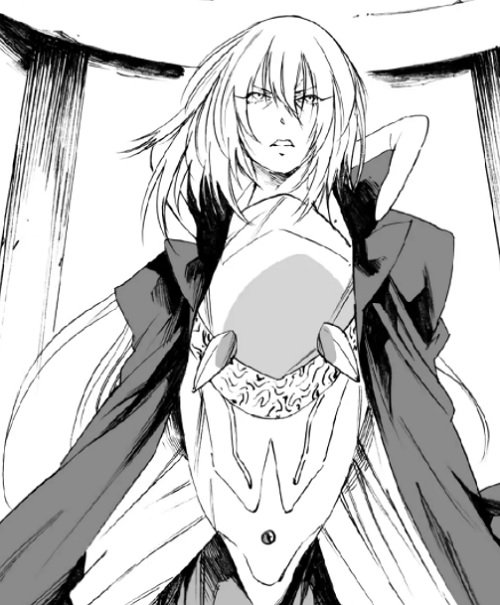 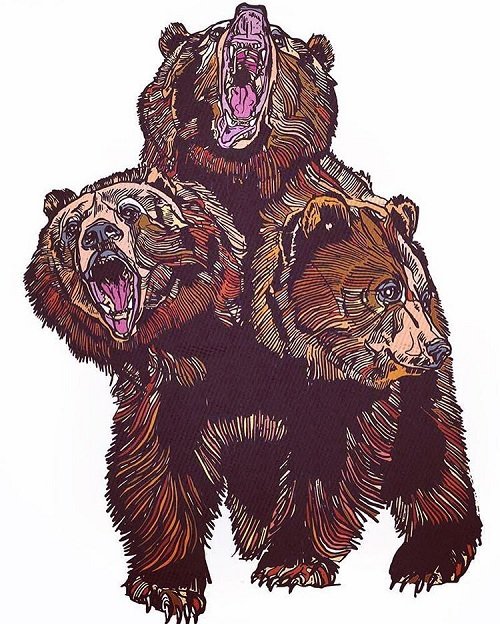 What we saw was Goldy, Cromwell, the priest, a mage best man, a Yochlol and a giant three headed bear. Cromwell and Goldy danced in and out of their protective barrier as we dealt with the priest and the bear quickly.  Cromwell cast a spell on Silvers that transported him somewhere else. Tenfoll’at and myself focused on keeping the magic from the other side to a minimum, Bardy was giving us his blessing and making sure we were safe and healed, Murdrum was using his eldritch power to send blasts across teh battlefield, Gau was tranformed into a giant snake… a favorite form of his, Twee took aim at Cromwell and Goldy when they left their bubble trying to keep them pined down, and Faenoa… who knows what she even does… I mean besides pine of some other hippy gnome, But yea I guess she helped.  The Yochlol took us forever to cut down and Comwell got control of Bardy’s pet Honkers if even fora short while. Once the tree demon was dead the best man did not last long and we could all focus on Cromwell and Goldy. We eventually dropped Cromwell and Goldy shortly after. Like the famous bar Illy Bidol sang ” It is a nice day fora red wedding.” Once his sister was dead Silver breathed a sigh of relief and went to speak to the Drow of Ashilin. He informed them their queen was dead and that teh combined forces of Poaret and Sal Nalore were responsible. He stressed that slavery and worship of Lolth should be ended and there will be new ways in the Briarwall Forest. We traveled back to Poaret and slept there before begining our journey home to Ruined Oak.

Returning to the Bitter Dwarf

We set out to the tunnel to leave the Briarwall Forest and Silvers and Elaena accompanied us there. Them knowing the way made it much easier travel. One the way to the tunnel Silvers informed Elaena that should would be in command of Paoret while he returned with us as the ambassador for the Moonbrook Alliance in Ruined Oak. It looks like we have gained another permanent resident in the nobel estates. We entered the tunnel and fed the cloakers again before exiting near the Leake of Songs. We quickly headed south and returned to Ruined Oak to get some rest and relaxation