The Trees may learn violence but violence can learn about the trees. My first contact started with meeting with a few familiar and unknown faces at the Ruined Oak tavern. The survivors of the Orc cave were taking their chances out to investigate some blight that had been plaguing the nearby forests. While I personally believe that a blighted forest is a natural part of the cycle of life and death, this was unnatural to a degree. Thankfully the city holds a level of protection to its surrounding area which facilitated a nice walk along the lakeside.  Unfortunately that means there is far less to report on my end as we made our way to the outpost on the west side of the bridge. After resting the night at the outpost and gathering extra information from the local guard post.

They reported local sightings of attacking plants but not much else. We soon found out ourselves just how dangerous these blighted plants were: 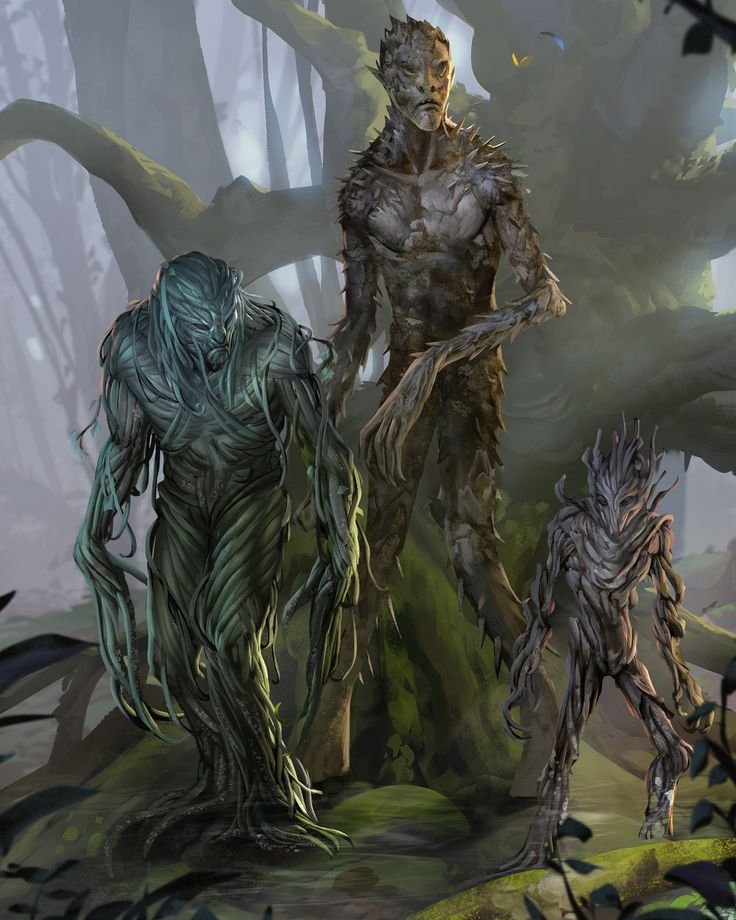 Equipped with thorns and long vines, they strike and grapple at their enemies to slow them down and take them out.

Before dispatching a small group of the blighted figures we encountered a small group of orcs (Not the inherently bad kind) that were searching for their lost comrade. They explained how he was lost in the forest to the North East where we decidedly volunteered to and save their friend. Miraculously we were not only able to find him but we were also able to locate the druid that was the likely suspect to all of the corrupting actions around the forest. After using the forest-y terrain to our advantage we took out the remaining blighted enemies and the druid before returning the orc back to his hunting party. We got a few potions as rewards and some gold for our troubles. Good deeds don’t go unseen.