Summary for the impatient:

We started our journey in Port Mirandia and got really lucky as the workers agreed to take the portal to WMC. Our goal was to do some roadbuilding on the “Path to Right” which is a requirement to start a new town shortly after the roads hits the shore.
Taking these portals is not easy though as there is a cold feeling after one steps through and it was too much for Ophidian who was in need of first aid afterwards.
Following the road along the Ghostwood Marsh we find a little toy castle on the road about 12 miles after the portal. (1) 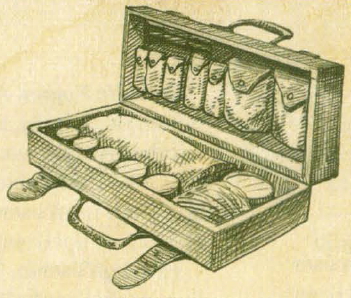 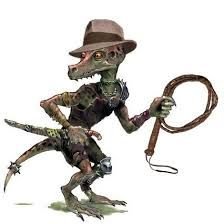 At the evening of the  first day we arrive at an outpost. (2) The captain of the guard says it has been very quiet since the retake of WMC. However travelers, nomads and war survivors have been traveling the area and most of them stay clear of the outpost.
He warns of of the swarmp to the east. Some of Grimmys’ forces have been retreating to that area and small groups of kobolds are to be expected when venturing too close.
Some flying creatures have been seen 3 days ago, which were flying to the south-west. The most concerning of these creatures were wyverns.
Overall unusual amounts of movement even though the cold prevents some creatures from leaving their lairs. And remember that he said it has been very quiet – makes you wonder what happens if it is not.
The outpost itself is only robust enough to be defended but the guards can’t provide patrols in the area.

At the end of the second day we reach the next outpost (3) after an uneventful day of traveling. At arrival we saw a burning house around 400 m away from the outpost. There is a sign nearby that says “Warning Disease”. We learned from the guards that a family lived there who had received the pox. An older human and  a small child who appeared to be his grandson were at the outpost. We gave the child the toy castle we found earlier and healed both of their disease.
During the rest of the night we learn that wyverns have been spotted 3 days ago. A pack of at least 3-4 was seen heading south and one of them was very large.
ZuggZugg then told great stories of his gladiator days. 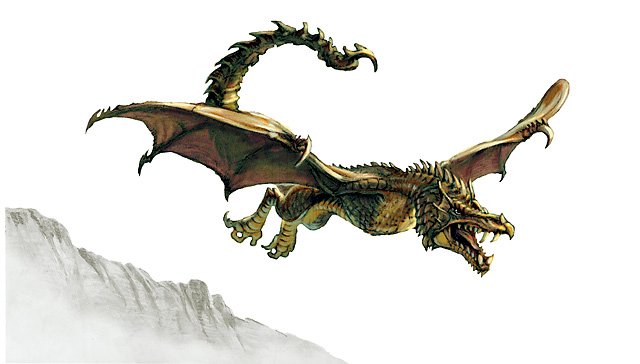 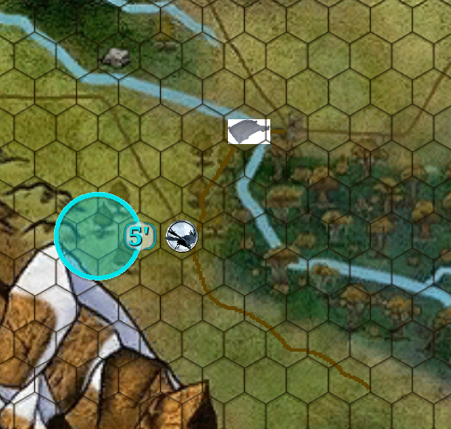 During the third day we met a group of orcs (4) about 18 miles after the outpost who seemed to be collecting firewood. They were tribesmen from the “White Oak” clan and point roughly west to a place that is supposed to be 10 to 15 miles away. (5) An orc named “Vit” was leading the conversation on their side.
The orcs have seen other adventurers who did do some road construction. However the orcs didn’t travel far in that direction and they warn us  of bad beasts in that area. Before we left them we had told them about our plans to build a town further south and to build towers and outpost that might make the area safer, even for them.

During the following night Zanras spotted a group of supposedly merchants who traveld during the night. (6) He woke up the party which was a good thing as we were ambushed from multiple angles shortly afterwards. Weird floating creatures with tentacles, lizardfolk, large birds and some hooded figures were threatening our lives during the ensuing fight. The situation looked very grim and I was almost sure we wouldn’t make it back but then our ambushers started running and it looked like  the lizardfolk was using Dimension Door to get away. At least that is what ZuggZugg was able to find out. 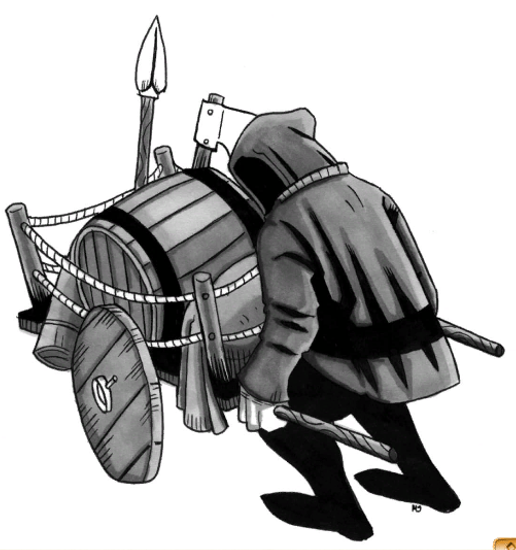 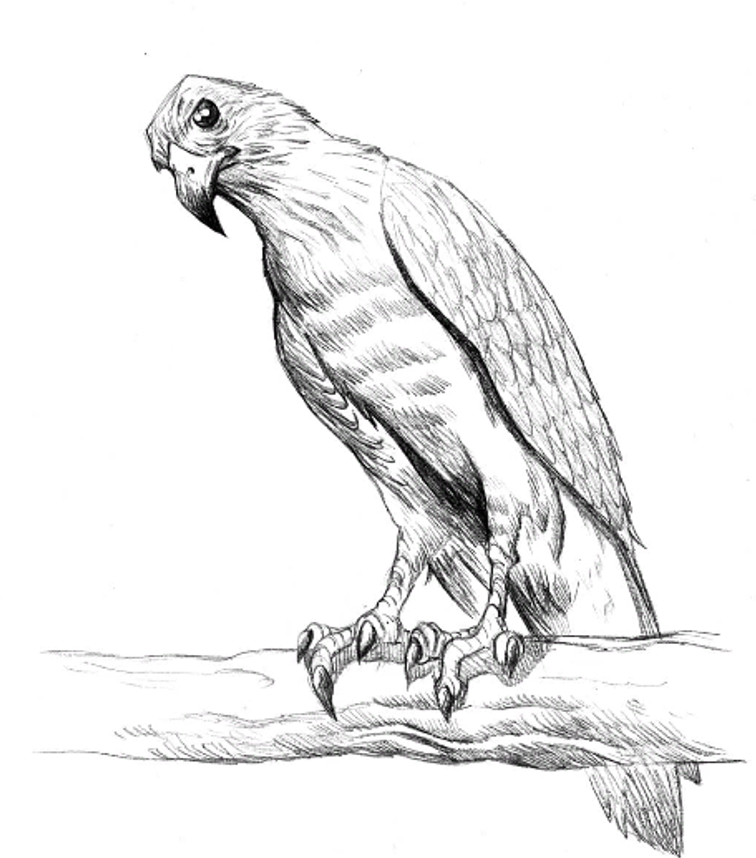 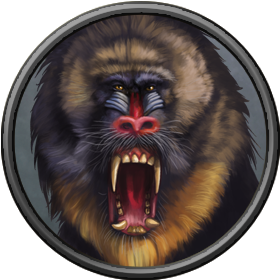 During the fourth day we spot some mandril close to the evening and our workers find a ditch that has 5 carcasses of large boards in it. It looked like they were fleeing something that sliced them open with a claw. They have been eaten from and some smaller creatures have taken advantage on the leftovers. (7)
Zanras tried to determine further details and said it is most likley some sort of dinosaur. Maybe a spinosaur, T-rex or another large carnivorous dinosaur.
About 6 miles further we are making camp and let the workers do their job.

As we try to find some rest during the next time a doglike creature was spotted that dropped some papers.

Have you tried Erskap’s beer? It’s so good that the other brewers say that he must be using magic in the brewing process, something he vigorously denies

Someone stole Marinda’s jewels the other night. Broke into the house through an upstairs window and just took them. Marinda is really upset as they were given to her by her dead mother.

Your days are numbered for your might has decayed, oh once great guild of mages. Know this that your end is near, and it will be at my hand and those of my followers. We grow in strength every day whilst you rot and decay on the vine. Those mages who wish to survive the oncoming storm should cast aside their allegiance to your fractured guild and join with us or face the fate of those who remain. Death will be something they plead for, but to no avail, for what awaits you is far worse. The end is near for you. Join us or be destroyed. Magelord Quaarus. 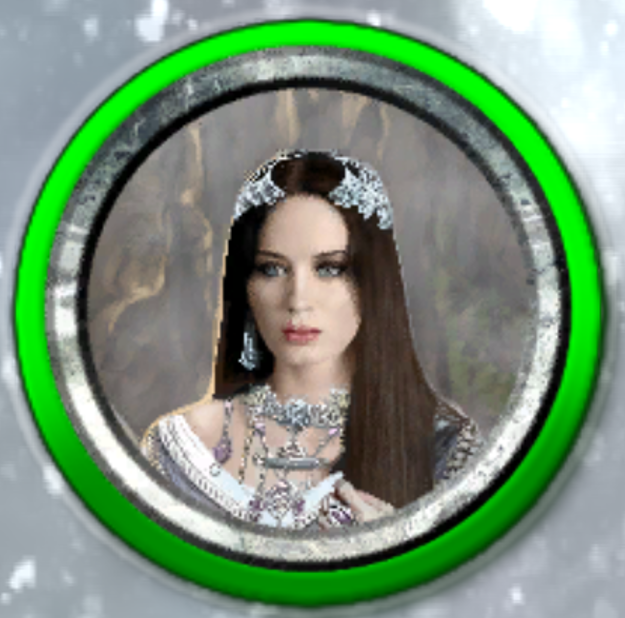 As if that wouldn’t have been enough excitement for one night a single woman arrived that night at our camp. Her name is Carnelle Virogon and she appeared to be some sort of mage based on her staff, her  confidence (she “feared” that we were a camp of the Blazen Blade tribe) and the fact that she was traveling alone.

When asked about “Magelord Quaarus” her expression changed and she gave us a warning about the souteast. That mage is a powerful mage that deals with the undead and outerplane creatures like demons and devils. He tries to establish himself a stronghold or kingdom in that area. He is looking for the “Veletie Stones“. These stones have the ability to summon and bind extraplanar creatures.

She also warned us that some people are agitated at the loss of profit after WMC has changed rulership. Something about the takeover of kobolds let to business developments with factions to the south about certain goods or materials. Whatever the business agreements are the kobolds cannot make good on their agreements now as they lost WMC. Upfront cost of gathering/buying/producing cannot be paid up.

When asked she also gave us the general direction of “Garden of Stone” (8) who resides within the mountains and is interested in the former ruins of the Ironstrikers.

During the next day we notice 2 figures that are running away from some mound/very small hill. As we moved closer to interecept some creatures that are coming out of it we found ourselves in a fight with strange ice creatures, undead and bats.
The 2 figures got away and we dind’t chase them out of fear to run in a camp of their buddies. They looked kind of greedy standing there before running away without helping us in the fight.
In the tiny hill we find a grave that reads “Tomb of Jerico the Brutal“. 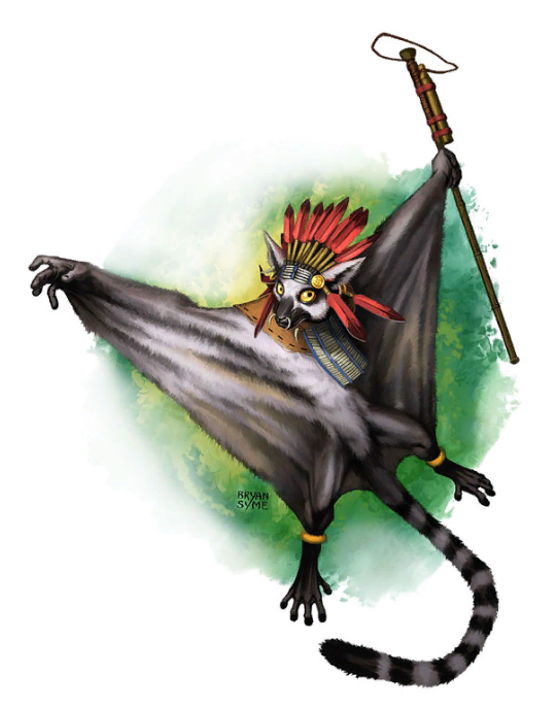 During the night Zanras finds several dead elephants that have been slaughtered and their ivory removed. He found a Blazen Blade symbol nearby.

During the next few days not a lot is happening that would be worth to report.

The day before our arrival back in town we meet an interesting creature named “Opodiamum“. (9) He says he is a scout and works with the “Mangos” in the Woods of Silence. Some adventurers have helped his borther in the Woods before.
He has seen a big large snakelike creature (10) burrowing in the ground on the other side of the river near the forest. He then jumps of our wagon and flies away with the wind.

During the last night we meet Roy and Tucker (11) who are priests of the Lathander. They are going in the opposite direction of us, but say they don’t interact with the Blazen Blades orc tribe and stay away from the sacred lands. These two have been several times to Ruined Oak and are making their living with hunting for minerals and their people have some small farms. (12)

We then arrived back in town the next day.