Hey everyone, it’s your girl Julijonas, your new Bard in town. I just went on what I would call my Seventh adventure, nothing exciting happened however. Though I had a feeling that an old member has returned after so long. This time I actually bothered to check our objective, what an improvement.

Our party was gathered at the Ruined Oak to investigate the recent goblin attacks. After getting acquainted with one another, a heart wrenching scream came from the East. There was a young girl, bloodied and teary eyed on a crazed horse galloping towards town. Through tears, she told us that her father Red and party were ambushed and kidnapped by goblins while making a delivery. She also told us that the goblins were lead by a “large one-armed ogre”. We said the usual words of assurance, left her to the guards, and went on our way.

Along our path Southeast of the Ruined Oak, we came upon fresh springs (I don’t know why this means to be mentioned, seems like several people would have noticed this by now). Further along, we came by the workers from my log “AntsCanada” and confirmed these goblin ambushes, as they have also been recently. Upon reaching to fork in the road, and went to the East path. A little ways off this intersection was an incredibly dilapidated wagon, presumable from the goblin attack earlier, with several small footprints and pair of large ones leading away from the wreckage. While we were investigating, Gottlieb noticed a hooded figure observing us from the woods who then came to greet us after getting spotted. Ehrick the woodsman told us that these goblins and ogre have made base in a bear cave as well as a “large undead” and spiders roaming the forest. Gottlieb decided to use his evil senses and told me in Elvish that Ehrick was evil and not to be trusted. However he noticed and got offended. Gottlieb was weary of him, but I don’t get why anyone would be. What if he’s evil, everyone does what they do in their opinion to save the world; anyways we let him be.

We then followed the goblin and ogre tracks to the bear cave along with big and deep bear prints in the snow entering the cave. The party entered the cave as quietly as they could, but I went invisible to scout around a bit though later decided to remain so the whole time (so I could get the most out of its duration). Upon North of the entrance were two large bears sleeping in a large cavern with nothing else inside. There was another large cavern but nothing was in it a well. One path was covered with incredibly thick webbing that was just let be. TH 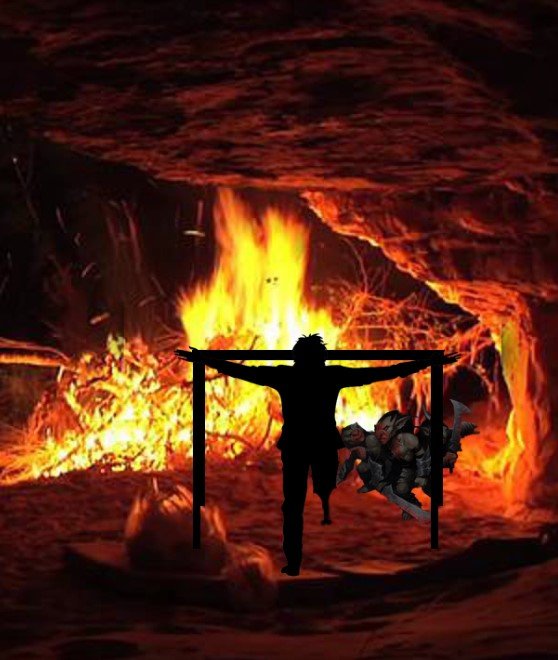 Deeper in towards the East were the sounds of ritualist drum beatings and painful screams which were produced from a supposedly horrid scene behind a curtain (a sketch of the scene to the left). In this room were some goblins with tribal gear eating at a man’s flesh, with his left leg torn from the knee down, tied to a spit in front of a bonfire on a 30 foot ledge, and a pit with the other captives inside at the bottom. These creatures did not appreciate the disruption and The Time for Mercy has Passed.

We had a Wild Magic Sorcerer in our party that went Wild a few times. Some of the effects were; the gain of a third eye on her forehead, weakness to piercing attacks, and enlargement. Now most of them seem harmless, but some people seem to have trouble with the chaos Wild Sorcerers bring.  Anyways, I was inspiring my allies while invisible and helping out the man tied up. Upon closer inspection I noticed that he was blinking in and out of consciousness, and the goblins have been torturing him this way for hours at this point. Things were going relatively smoothly, but due to the Curse of this Island, Minago critically hit Gottlieb with his spear due to a critical fumble. If it weren’t for my Cutting Words, Gottlieb would have been dead (make sure to thank your supports!). Oh and some rat swarms and goblins came from behind, but Destiny and Bran made easy work of them, but a goblin fled and the other was apprehended by our PaliLock. 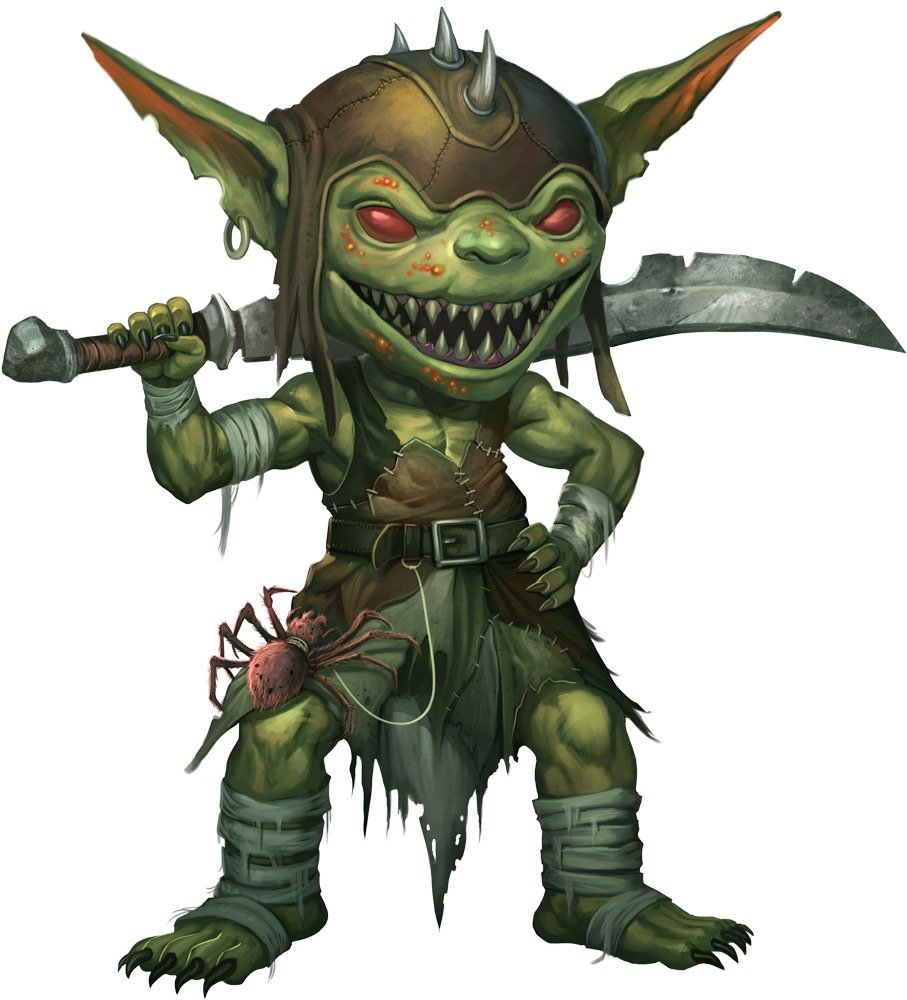 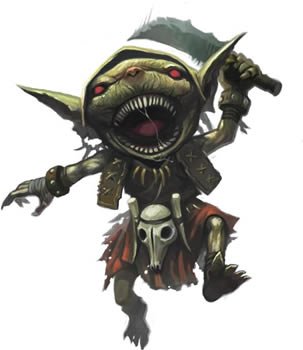 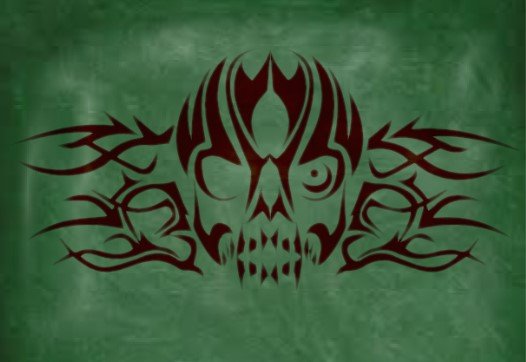 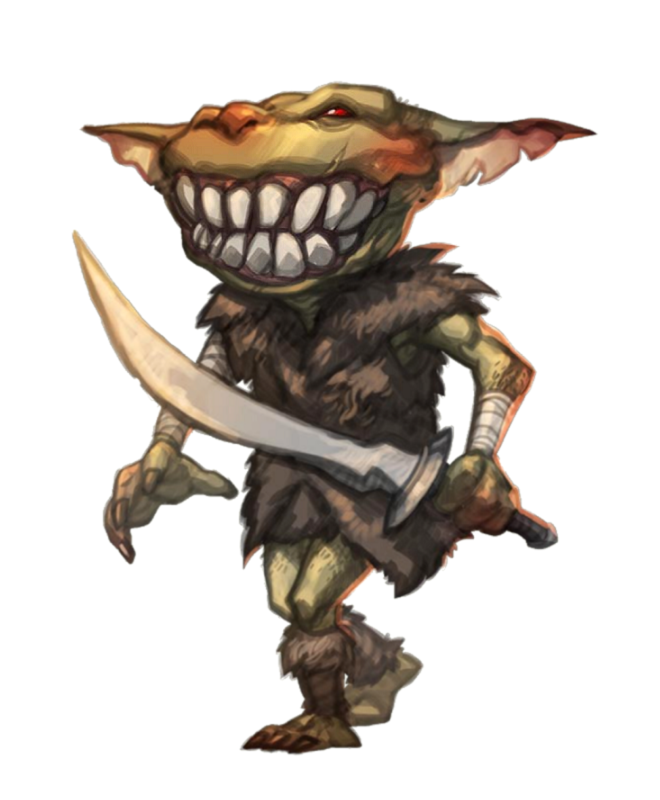 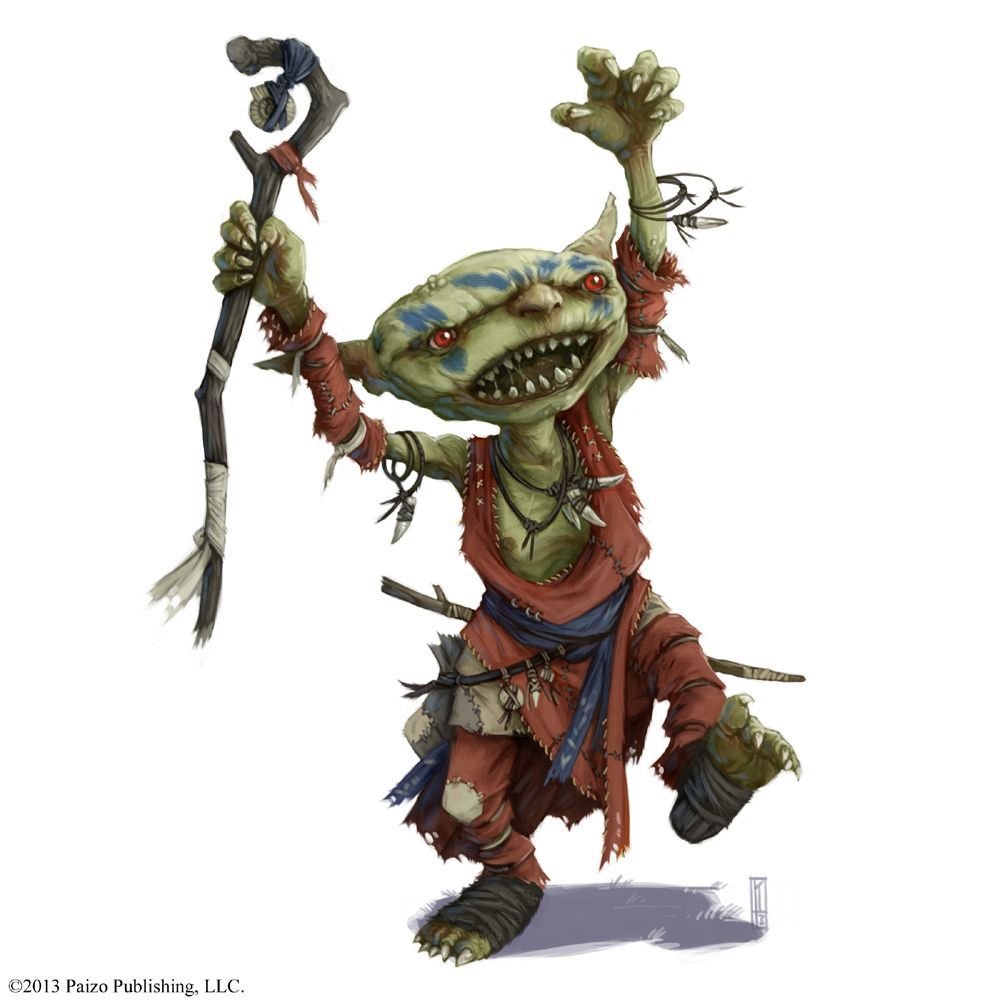 These were the goblins we dealt with, they all had this strange tattoo (middle image) on them and a missing a finger and eye. They seem to praise or fear “Landra”.

We got the people out of the pit with the help of Destiny’s burst in size who were indeed the workers that built the recent outpost with Red amongst them . Though Orcish Bob was still missing, so further investigation was in order. Still invisible, I scouted ahead and found; fresh springs, a rot pit, and a “hidden” room with its doors open. There was a tremendous stench of decay reeking from this room. Bickering in presumable Goblin was heard followed by a *smack*. I then reported back to the party and beckioned them forth. Upon visiting the second time I decided to take a closer look. 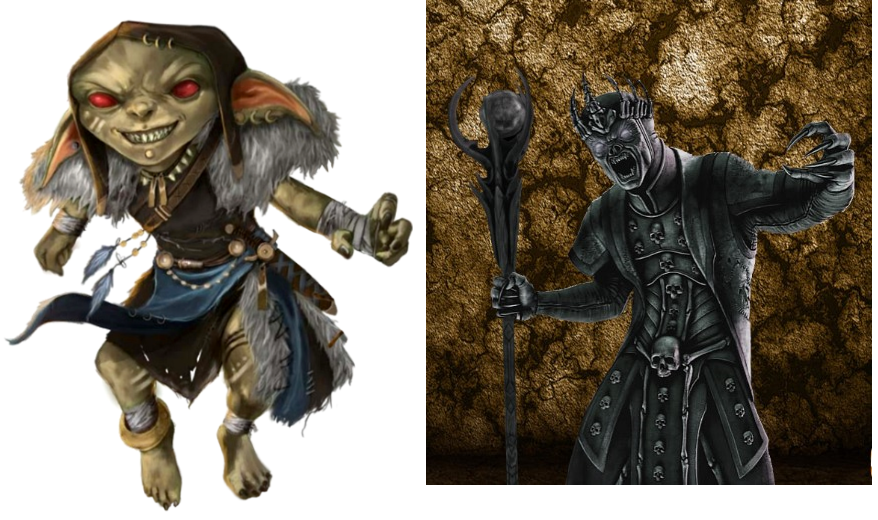 In this room were lots of humanoid bodies pilled on each other, an alter of sorts with Orcish Bob on it, the previously escaped Goblin, an incredibly lively statue (the grey person, most likely from Red’s party), and the Goblin Cult Leader. She had poor grammar and was complaining about about a statue behind a bunch of undead and a “QICKED LOOKINGT GOOBLIN” and killed her member on the spot. We were in a rush so we left Orcish Bob behind.

We made haste to the exit of the cave and started out trek back to the Ruined Oak. Before we rest, a curious traveling merchant family of a foreign nationality. 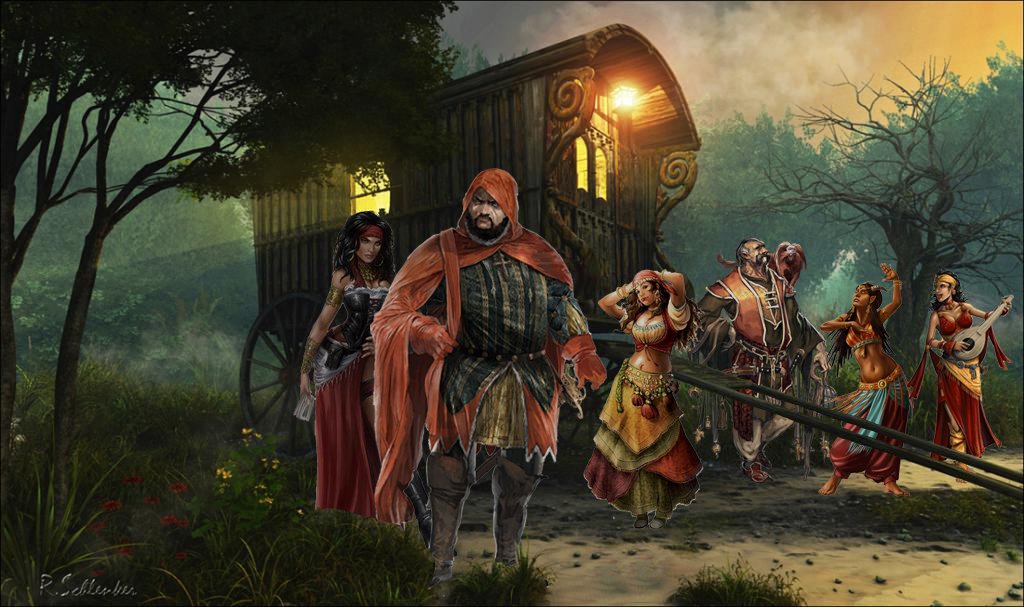 The large man up front greeted us as Pietrov and his family. They were also attacked by goblins that stole most of their wares, but ere other wise unscathed. He allowed to us to rest at his caravan if we can give good word to the town about his family; which we graciously accepted and slept without issue.

Whew boy, this took a while to make. Sorry for the late log, got distracted reading about exciting stories. Thank you for reading my log. Normally I would tell you to join the Arcane order but how about a quote instead. As Pietrov told me “Find family, and keep them close.” This is once again Julijonas, your new Bard in town, signing out.

PS. There have recently been a raise of an Undead Goblin at the Ruined Oak Graveyard. It has been death with but with the death of a guard. I won’t tell you the whole story because at this point I would be just paraphrasing.