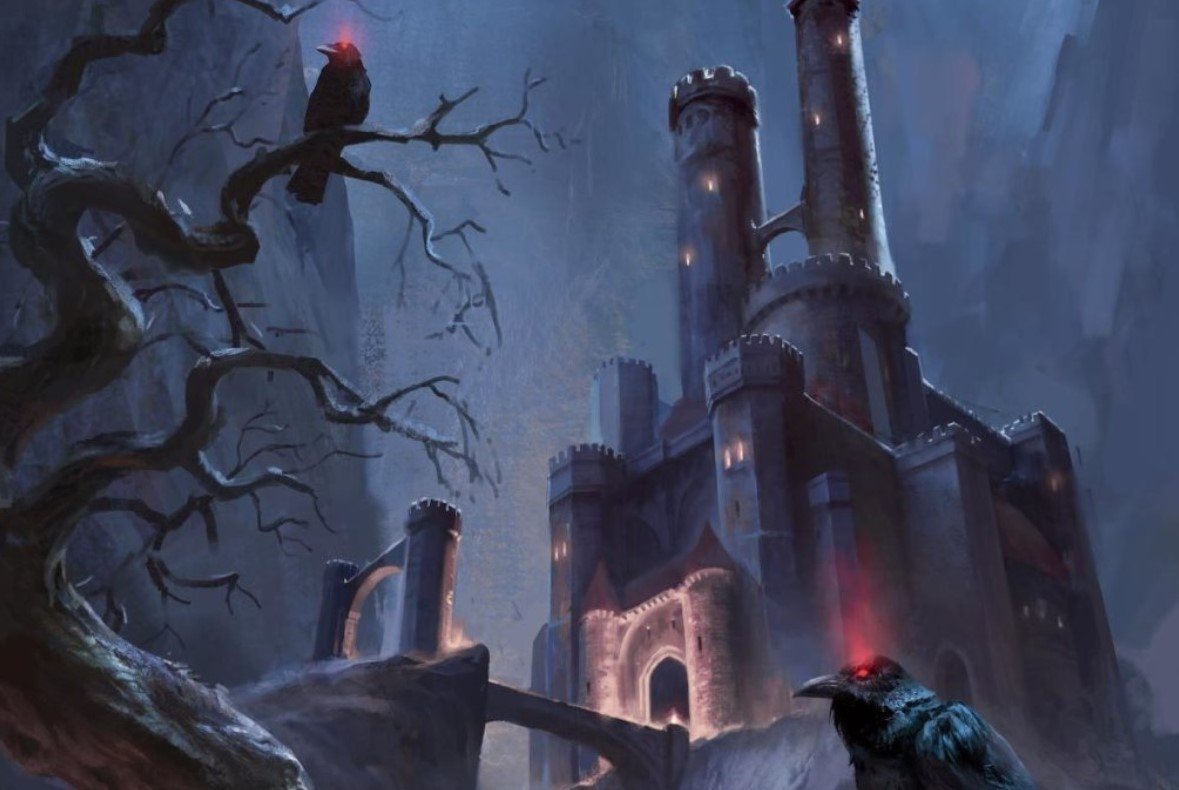 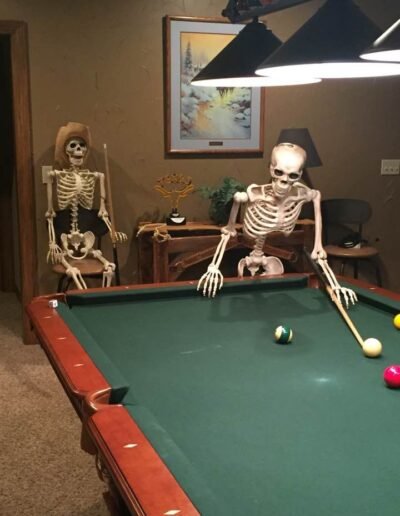 To clear the basement of undead. 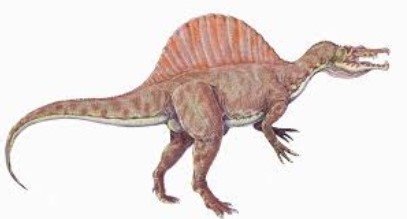 Those teeth and claws look unnecessary for eating grass and chewing cud. 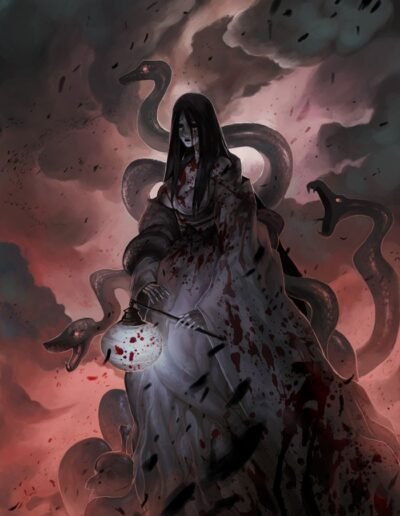 With the moniker of goddess of death and slaughter, she is going on my naughty list. 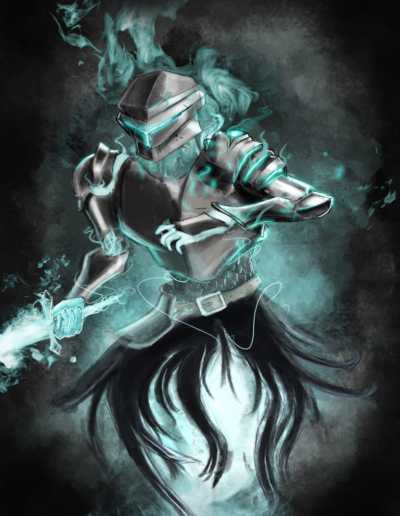 The slayer of Bran, and nearly the rest of us.

Let me start by saying that I volunteered to be the Leader of our party.  However, the burden of also being the Chronicler fell upon to me.  The burden is not so much in the task, but in the circumstances of the necessity.

Our party met at Port Mirandia. The weather was cold but clear.  Our mission was to go back to Blackchasm Keep, the home of Master Coel. Master Coel had provided some of us personally, and anyone with interest, a request to clear out undead haunts in his basement.  I personally met Master Coel before.  See my journal entry titled “Of Cultists and a Spooky Castle”.  Let it be known that I believe Sir Coel, although somewhat pleasant, is of a dubious nature.

As young adventurers we prepped as best that we could.  I silvered my longsword. Minago silvered his spear.  And with that, we sallied forth with a determination to clear the keep basement and not be distracted in this goal.

Just west past the bridge we noticed cracks in the ground. It was highly likely caused by a recent earthquake.  We pressed on. Next we spied a roaming pack of huge bipedal creatures. We soon realized they were large dinosaurs, supposedly grazing. All the same, we gave them wide berth.

We marched due west towards Blackchasm. We knew we were only about 2 hours away, but night would be upon us in minutes. At that time we spied a crumbled stone structure.  We approached, and noticed several black robed humanoids working within it. At the forefront was an individual who strode to us. He called himself Nexus. After probing, he told us that they were there to restore this ancient structure that was once dedicated to the Deity called Sulerain.  Jelo quietly remembered that Sulerain was the Goddess of Death and Slaughter. Nexus fervently asked us to move on. We noted that the sun would be soon setting and needed to the camp.  Nexus then offered that we could stay in an old catacomb in the rear of the structure. Sensing that this was both unsafe and potentially a trap, we declined.  We parted ways and found a good clearing 200 yards or so to the west.

Camping, myself, Jelo, and Minago were able to hunt a boar. Along with other found natural foodstuffs, we made an adequate wilderness feast, if you prefer your pork a little overcooked.  During the night, one of the watch noticed footprints nearby heading north. In the morning, inspection showed it was about two dozen sets of prints made up of humanoid feet and animal paws, all about a day or so old.

We filed our way to Blackchasm and arrived within the hour. It was as disconcerting as my previous visit, with a dark bottomless chasm moat (probably more illusionary magic than real). The man-servant Niegel opened the front door even before we knocked.  We explained our intent to clear the basement of undead. Niegel said that Coel would be pleased. Minago quietly whispered to me that he saw the entrance gargoyle’s eyes move.  I nonchalantly stated that I was not surprised and we likely have to come back at another time to deal with this keep.  Niegel heard and eyeballed me. By my vengeance oath bound soul, I did not care that the minion heard me.  At this time, I believe Master Coel is important to determine what greater evils are transpiring, and currently is a useful asset. However, I believe that Coel’s true intentions will be revealed, and upon that day, he will be judged. But at this time, he has not exhibited any evil nor hostilities.

Niegel then showed us to the basement door.  He insisted that the problem was at the bottom and through the south door.  He told us the north and east doors were private, and expressly forbid us to enter them.  He also explained that these haunts are a recurring problem for which Coel hires others to solve. In addition, we were on our own.  Niegel then shut the door behind us.

Opening the south door revealed a winding catacomb tunnel. There were several crumbled coffins with barely noticeable contents.  Further tunnel travels led us to a very old but sturdy burial tomb. The lid had an image of a knight, with a worn engraving naming him “—— The Defender”. The first part was lost to time. Jelo could hear the barely audible soft whispers of “Watch Out” from inside. GarGot opened the heavy burial cover. The whispering ended. Inside was a nearly perfectly preserved knight in armor with longsword and spear. Although not magical in nature, the weaponry was shiny. On his armor was a clear emblem of the sun and crescent moon.  I recalled from my previous visit in Sir Coel’s library that there was a book called “Knights of the New Dawn” with this same sigil on the cover. None of us at that visit had a chance to even glance through it, let alone read it.

Minago desired the knight’s spear and made a reach for it. As he did, a ghostly hand from the knight’s body grabbed with an attempt to keep his spear. Minago let go and recoiled back. We decided to leave the knight in repose and with all his regalia and weaponry, and resealed his lid.

Continuing east, the tunnel began to slope down and turn south again. Gargot peeked around a corner and saw a wandering spirit. Julijonas provided many of us with additional health.  Jelo would soon also do the same through the coming battle. As we approached the green spirit, he stated the problem is upstairs. And that we killed The Brotherhood. Trying to reason or dialog with haunts is usually futile.  This was no exception. He was soon upon us, calling forth other undead to assist.

Our attacks were resisted, but in general were doing quite well against the spiritual and skeletal foes. Once again GarGot (who I fought with before against goblins) changed into a bear, a talent that I find quite amazing. The first half dozen or so undead were challenging but fell relatively quickly.  However, there was a second wave consisting of knight spirits and strong skeletons. They were resistant to all but magic, which none of us fighters had. Bran and I attacked and used divine smite, Minago and GarGot swung hands and weapons, while Jelo and Julijonas casted spells and songs. However, these fresh undead struck with hands and ghostly swords of unimaginable might. One Knight Spirit had his smite against the living, and put it on Bran. Bran, my brave paladin ally, fell to this unimaginably strong sword strike.  We believe that Bran was dead even before his body hit the ground.  Hence the duty of chronicling this mission and Bran’s bravery fell upon to me.

Our fight was far from over. I would fall several times, only to be healed by Jelo and Julijonas. They would also grant this favor to GarGot and Minago when they fell. I was severely battered and bruised, so Jelo stepped forward into the line of fight. Lacking magical weapons, so much of our hits gained just minor purchase. Meanwhile, the undead were able to attack rapidly, causing deep wounds. We were contemplating of flight, when we were finally able to destroy the last of the undead.

Our victory was close by the merest of margins.  And it also felt hollow.  Bran, now forever to be known as Bran the Brave for his actions at the goblin caves and Blackchasm Keep, had fallen.  Jelo hoisted Bran onto his shell, and we left the catacombs.  Niegel quickly rewarded us and then ushered us out the front door.  We did not resist.

Our travels back had us spotting various oddities that we widely avoided.  We were in neither the condition nor mood to validate their natures. Upon arriving into town, we brought Bran to his temple to be buried as per his will.

That foul Keep had terrible tunnels and tombs. My vow of vengeance has me wanting to go back and to truly deliver justice to Master Coel…but only once the timing is right.