Today was suppose to be a day off, but duty never rests and therefore neither shall I. A little fishy told me that something was going on so I decided to join this group.

Flowers for catching fish? Why do these people not just dive in and spear one? Ah I guess some like to fish like an Angler, very well. Our group heads out to find this cave and these flowers. So many people concerned about healing yet they don’t take the time to learn about the art themselves, So be it.

A pyramid like structure that reminds me of some of the ruins in the ocean, that my people have had the pleasure of exploring protecting the material plane from the Deep Ones. Upon closer inspection the structure was made of bones. The party decided to check it out on the way back, If those of you reading this already knew of the “Bone Pyramid” then you have done a horrible job with your Post Mission Reports, Shame on you.

Our scout seems to have sharp eyes today as he spotted a buried trap door, with some . . ingenuity? The group managed to open the trap door and send a Zombie down into the room below… talk about sending the wrong foot forward. This Room is small, reminds me of the trap.

Hidden so close to town, a smugglers den, with a Magical Door. There are some things that bewilder me, but this… surprisingly is not one of them.
This time Magic bested us. Next time it wont.

The note we found mentions a key, maybe made of some special material. We can only think this could open the door. 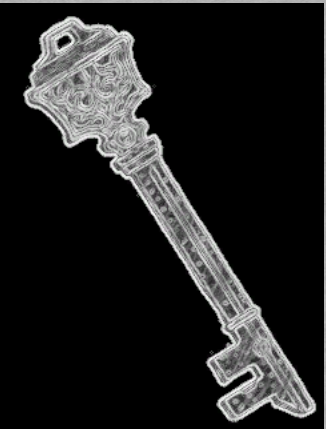 Night falls and we proceed into the cave to find these flowers and strangeness. Using the undead once more it goes and picks up some flowers, the result was a cloud of spores so thick that all the relatively large insects swarmed it.

These insects are probably better bait than these flowers, They look more like food than those flowers. It seems that the corpses and the flowers attract more than just Insects, perhaps or maybe it was just the insect meat we took with us, but Hyena’s showed up in the night.

Sharks of the land, surface dwellers think shark just in the ocean, I know better Shark unmistakable. These creatures adapted to land with ease and eat many things, be sure to check it’s stomach. On way home large smoke filter thru the air, but group afraid flower will wilt so we move quickly to go home. . . Work for the people.

– Kirnis, Watcher of the Deep.