The shadows deepen around Merula and Destra 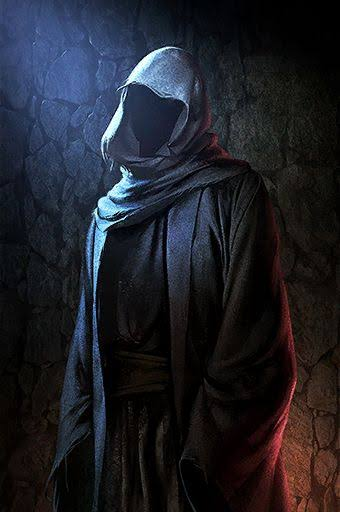 Synopsis: We were tasked with wiping out monsters that had tormented a woman named Merula. We killed only clones of the enemies, and a powerful figure possibly named the Master managed to escape through magical means.

We were tasked by an elderly goblin that Beralt and Galli seemed to be familiar with to get retribution for a woman named Merula. Merula was unconscious currently and could not meet us. This would be done by going to the hideout of enemies that harmed Merula and eradicating their forces. Beralt knew the way there, so we headed southeast.

The night was uneventful. I considered using the 2 higher level spell scrolls I had during this quest but decided to wait until the time was right.

Encountered old man with cart stuck in mud. Helped get the cart unstuck. He gave us 100 gp as a reward. We later came upon a village of goblins. Two goblins talked to Beralt in Goblin. Translated for us that a villain named The Alchemist had reappeared after a period in which his status was uncertain.

During the night, we saw figures that entered an area of pitch-black darkness. Surmised it was magical. In the morning, tried stepping inside. Stepped into vibrant space with bright colours and a field of lush grass. It could have been a demiplane of some sort existing in a bubble. It was worth noting down. The location is here.

Crossed the river and headed south. During the night, fought ghoulish undead that were immune to fire damage and glowed with yellow light after getting hit with fire. Also, when I cast Moonbeam at one of them, it did not move outside of the spell area and was transfixed inside until it was destroyed. Bizarre. They also exploded when slain, expelling acid around them. The areas where the acid fell on the ground were covered in mushrooms after a few hours.

Managed to defeat them through Vivi using cold damage.

Burned the bodies just to be safe.

I gave out goodberries in case anyone was knocked unconscious. We finally arrived at the general hex where the hideout of the enemies were when we encountered an enigmatic gnome that went by the name Cleric. He owned a large blue mushroom house.

He seemed to know Merula and worried about her wellbeing. Galli seemed to find him slightly suspicious.

He helped me learn how the hideout/base was located through a portal linked to stones. The portal, or doorway as he called it, could only be opened using a type of key. He mentioned someone named Clair who was baking today.

We decided to wait for the doorway to appear when I sensed a disturbance in the Weave. Galli confirmed that the doorway was appearing, and we hid. While hiding, we saw a cloaked figure and a person that Beralt confirmed as the Alchemist appear from a tear in space. They then entered through the doorway somehow by using the stones. I decided to use my spell scrolls in preparation before entering. The scrolls were for Wind Walk and Conjure Water Elemental. The latter proved more useful as the water elemental served as a shield and scout inside the hideout.

Hooded figure that could move instantaneously through space. Goes by the title “Master?”

Alchemist. Enemy of Merula. Has been eliminated?

Searching the base, we passed by a roast pig that smelled nice, but I decided not to linger on it. Galli found a journal.

Paging through it it seems that the journal had been recently started though it quickly turns into the writings of a madman.

You see three pages covered on the exact same thing. “They killed my sister” repeated over and over. The last few written pages go off in a ramble but some parts are as clear as day.

You read “How, how could it be, how did we not know? I opened the doorway and staring back at me was me. How?”

Another page reads “Its true, I’m not real, neither was she. Were fake. How?” Before continuing in unreadable scribbling.

We eventually came upon this door:

Door with intricate patterns in the pocket dimension serving as a hideout.

Entering through the door, we later came upon a wide chamber where there were glass tanks with troll monsters inside them. Also, there were 3 figures drinking tea around a table. 2 of them were apparently the true Alchemist and Ilestra, and the ones that had been killed were replications of them (later, this was confirmed when the dead Alchemist’s body turned out to be a clay statue. Seemed like intricate magic). The third figure, which was the hooded figure from before whose face was not visible, spoke directly into our minds telepathically. I later learned from Beralt that the hooded figure was referred to us as the Master. The Master offered us to join their side in return for someone named Destra.

True form of Ilestra. Had insane look in her eyes.

The others declined, even after the Master showed us a vision of Merula holding a knife to her own throat against her will (the figure’s ability?). The Alchemist and Ilestra were apparently siblings who were sadistic as well, so I decided to give my own reply:

“I refuse. One of my absolute favourite things to do is to tell someone who I think is strong, ‘No.'”

The Master then used some type of magical effect that stunned people, including my elemental. Also, the glass tanks began to crack. Thankfully, I was not stunned, and I did not lose control of the elemental. The figures began to disappear afterwards. I managed to cast one Tidal Wave on them before they vanished completely. The next moment, 3 monstrous trolls in glass tanks emerged and fought us:

This one had multiple heads.

This one dealt fire damage.

This one dealt acid damage.

Unlike the average troll, at least two were immune to fire. Cold damage had to be dealt. On the bright side, the stars were in our favour that day as the people in our party could handily deal cold damage, especially Vivi. The sikhala could summon spheres that were absolute zero. Once the trolls were dealt with, we searched the rest of the hideout for clues to where the figures could be. We did not find much and left it with mixed feelings. Personally, I felt it was a success of driving back the foes, but the others felt that the mission was not fully completed. As we left, the doorway vanished once more.

Decided to go visit this Destra individual in the Small Folk Forest. Travelling was not very eventful thankfully.

Only thing worth noting was that a murder of crows seemed to fly behind us.

We arrived at Destra’s village. Front entrance was a door placed on a black oak tree. A guard wearing black armour was standing in front of it. Beralt and Galli helped us enter.

We passed through a garden and walked along a path to a gazebo next to a pond. There, we met this woman named Destra playing with fey. I mostly listened as I was distracted by the plants.

Galli gave her a flower. I’ve noticed that Galli likes to give flowers to people. It appears to be an endearing trait.

Living flowers that Destra was playing with when we met her. May be fey monsters. They seem to guard Destra as well.

Destra knew about the clay statues that her enemies could create, for apparently, the Master was her father and had been her mother’s lover at one point. The Master had wanted to create a perfect replication of her; an act of transmutation that borders on the impossible for those lacking experience in magic. Based on my encounter with the Master, it did seem the figure held great arcane magic.

It seems our efforts have been to thwart the machinations of her father. Destra heard the voices of her father in her mind constantly, which must be painful. When Beralt asked if she knew anything about gold and silver lines appearing on someone’s body, which had happened to Merula before. Destra mentioned something:

“Strange that they would do only the legs. My father once did something like that to torture and control one of his enemies. Injecting the skin with molten gold and silver while healing it simultaneously. Although I don’t know how she would have banished a troll without some form of innate magic.”

She gave us a totem with the mark of a wolf’s head on it and told us to give it for Merula to keep. It would keep the Master away from Merula. Galli took it for safekeeping. Destra gave a final warning that her Siblings were likely on the move now that her father had appeared. I bowed in farewell.

I helped cross the river during the evening.

During the night, I noticed that the murder of crows from before were sitting in a tree, watching us..

As we headed back to town of Port Mirandia, saw that the crows were still following us. Worried that they were familiars of a caster, so I decided that if they followed us to the town outskirts, I would try talking to them magically. However, by the time we arrived at the hex where the town limits were, the murder of crows was gone…

With various queries revolving around my mind, much like how the planets revolve around the stars, I said farewell to the party and entered the tavern for a fresh cup of black tea.