Undead are gathering near Blackhasm Keep 1st day: We start in Ruined Oak and bring the cultist cloaks with us. The first day of adventure is without any interesting event happening. At the outpost we take some time to relax in the hot springs near the outpost.

2nd day: 2 hexes east of the outpost we find a bag lying on the ground. Nunde identifies it as a bag of holding. I guess that is just a lucky find on our part.

6 hexes east of the outpost we find two large creatures appear that are aggressive towards us. A giant wolf like creature appears near the bush and bites at Aodh. They appear to be demonlike. This type of creature appears to be linked to the gnolls. Maybe they have decided to not be dormant anymore? I guess we shouldn’t jump to any conclusions at this point.

During the second night watch there is something near the road that is moving. Its very large but also very far away. Some metallic features are illuminated by the moonlight. There is a large group moving. Apparently in the 100+ range. The group is walking near the forest to the west. 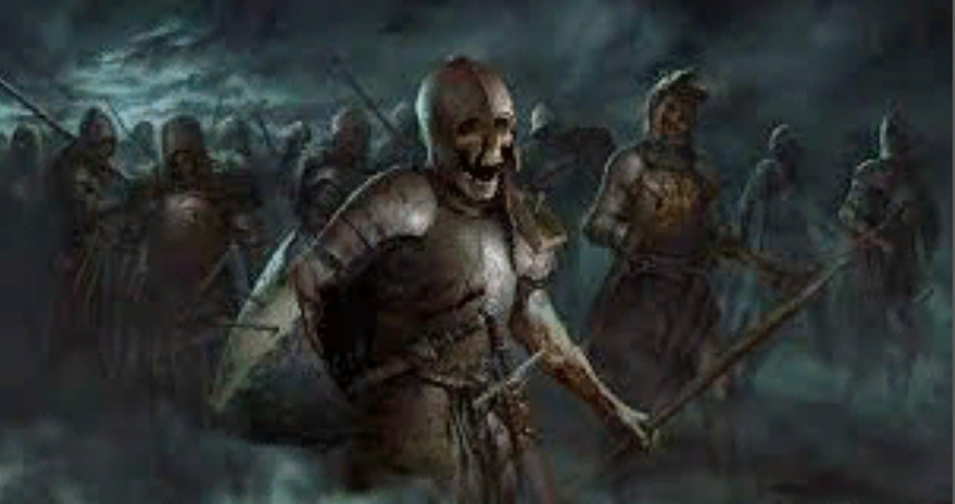 3rd day: We decide to head near the area where we saw the large group moving. Kirnis provides Phantom Steeds for everyone. That is a weird experience yet very effective.

We find large tracks of various sizes including gargantuan creatures. The tracks are near the edge of the mystical forest. The tracks also show signs that this is not the first time happening of a movement of this scale. Footprints and bootmarks. Even some sort of skeletal footmarks.

To inform the next outpost we decide to head back to the road and rush towards it. However we find a merchant with several guards near him traveling in a westward direction. He is an old man with a recent shipment?

On the way back to the outpost (5 hexes east) we see a large creature. It walks side by side with a few other large creatures by its side. A large beast (humanoid looking creature = giant ) and a large monstrosity bull are seen in the east.

We decide to push through the night to reach the outpost. At the outpost a rider is sent to Ruined Oak to warn them.

4th day: We head straight north to attempt to get near the forest to try to intercept the large group of creatures we have seen. The tracks are fresh but compacted. Maybe that is due to the frequency this trail is used?

The tracks are passing the mausoleum. However the tracks go northwest of the farms, like they would stay away from the farms. Following the tracks brings us to the very edge of the Briarwall Forest. We find a key that is lying around in a field close to the Briarwall.

5th day: We continue westwards near the forest and have an uneventful day.

During Aodhs watch there are loud noises coming from the forest. In between the trees there is a very large reptilian dinosaur.

6th day: The tracks finally seem to be leading away from the Briarwall, but follow the river towards the area known as the Sliver Grove.

During the night Kirnis sees just under a dozen beast like creatures similar to wolves. Looks like hyenas.

7th day: 4 hexes away from the last night camp we find a dead adventurer in his gear. We loot him but there is not too much to be found. 5 feet away from the water is something that appears to be stuck in the river. The tracks carry across the river. Looks like there was built something before like a bridge. As we assumed most of them were undead this is surprising to us.

The river is towards the middle 20 or 30 feet deep. The crossing is around 50 feet wide. Sapphire seems to be afraid to swim or of water.

Damian flies Sapphire accross. On the other side the creatures appear to be moving more quickly than before.

During the night there is a large swarm of rats around the area.

8th day: The tracks lead north of the Whisper Woods. We still follow a large group of humanoids.

Nunde scouts ahead and sees a bony army of armed skeletons that carry weapons with them. There are 30 skeletons that appear to be slower than the rest of the large group.

We decide to follow these skeletons at a safe distance.

Kirnis sees something hanging from a tree up ahead during his night watch.

9th day: The body hanging from a tree is a humanoid corpse in dark cloak. There is a note that says “Traitors will not be tolerated“. Likely this is one of the cultists.

We continue following the footprints further and further and then see some fissures and openings in the ground. This is what looks like is the end of the trail.

We don our black cloaks before deciding to go into these fissures.

The mounts would not have any issues going in as the fissue we take is very very large. There is a slow decline as the tunnels we find goes further and further. After a couple hours we are getting a bit tired. We are looking for a side tunnel that we can set the hut up in. Alarm spells used for guarding measures in the side tunnel and the main tunnel.

During the second watch Sapphire sees something glowing near the entrance that wasn’t glowing before in a strange greenish aura. (It is a similar greenish glow than one of the skeleton groups we have found earlier. There were 4 types of skeletons in that army.)

The item that was glowing is a cultist symbol with a skull on it. It might be some sort of a marker or waypoint marker. There is a slight curve up ahead and then a turn north as the large tunnel system we traverse is just going on and on.

On one of the sidepaths we find a weird altar. There are different types of skulls of various humanoid and beasts. There are also some coins and a ritual dagger. On a cloak nearby is the same cultist symbol that we have found before.

The dagger appears to be a dagger of venom and has some enchantment magic to it.

We feel some magic sensation that we have experienced before. Heading further we hear birds chirping occasionally and finally exit the cave in a forest of the fey.

During the night there is a small lake in the distance. It appears rather peaceful.

14th day: We follow the tracks towards the west until we find a dryad. We don’t understand the dryad, she is surprised to learn of undead that are roaming the forest. As some creatures arrive the dryad runs away. We are attacked by Yeth Hounds, Redcaps and Darklings.

After the fight we head northwest and find a cliff where we camp for the night.

15th day: Near the forest edge we find 2 hunters that are just gazing across the road. It looks like the tracks continue further north roughly in the direction where the skeletons go.

16th day: As we arrive near the edge of the trees we find another crevasse. This crevasse leads into a tunnel system with caverns that are 100 and 200 feet large. There are foot marks in multiple directions. There is very heavy traffic. We then head back to Port Mirandia as we are pretty certain that these tunnels lead underneath the large tunnel network or maybe portions of the underdark that we have found below Blackchasm Keep.