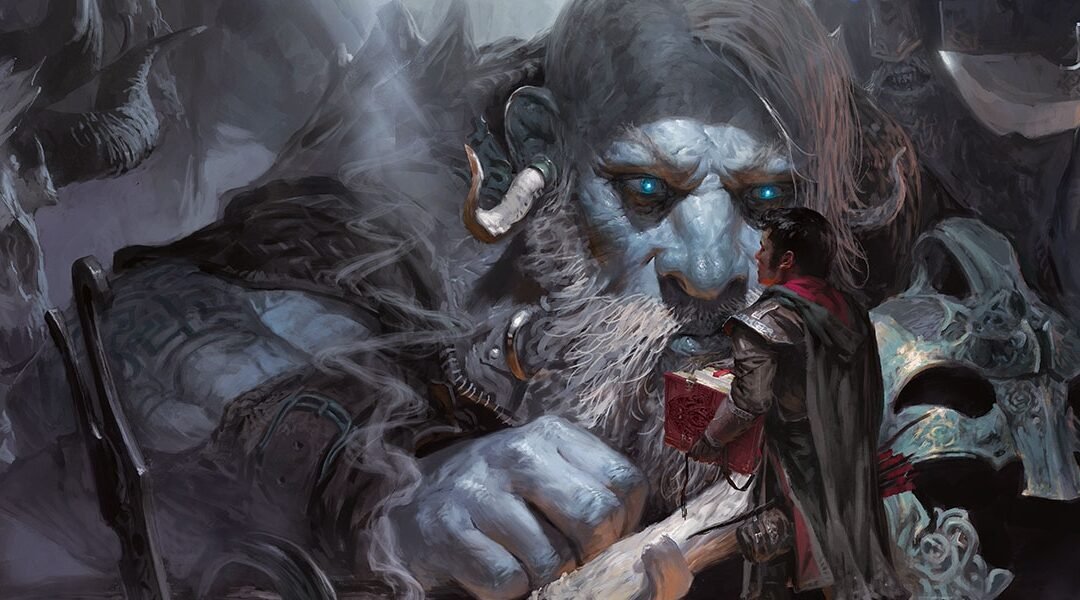 We left RO to finally check on our Jub Jub allies, whom we had reports had been under siege by Gnolls for weeks. Nothing strange for the stout people of the Jub Jubs. The trip there was mostly uneventful, did the Gnolls ate one another after the siege when they achieved their victory? We’ve had reports that the Talos Dwarves no longer have a working relationship with those fiendish cannibals. Zak and I deliberated with the Dwarves about getting an ambassador sent to Ruined Oak, so they could monitor our trade agreement and the sharing of intelligence regarding the war effort. Regarding the ZHT portal code they could tell us that long ago, some explorers went to the west, only one returned, he withdrew from the society at large, preoccupied with building his clan’s ancestral burial grounds. The tomb denoted the portal, and we only got a cryptic clue from this long dead dwarf journal: “I only regret the sapphire maiden.” The Dwarf Gimlet acquiesced to travel down the mountain with us back to Ruined Oak.

The only attack of note coming back was from a Chimera that menaced Don’s horse, which we promptly blasted to hell, impressing Gimlet to a great degree. We eventually made it back to RO, Zak set up our new ambassador in the Noble Estate and we began to finish our preparations to head into ZHT. Don used all the clues we had gathered so far in order to cast Legend Lore upon the zone, and got the following tale:

“Thyrmnar the Frost Giant had a rival in the Aasimar Hymnsworth, a renowned adventurer, who coveted the hammer or the latter, he stole the enchanted hammer Olnír of the plane touched humanoid, and demanded the be wed to Hymnsworth’s sister, Frigga in order to return the hammer. “Blenchett” headed to the ceremony on her own, her face covered by a veil. Turns out it was actually Hymnsworth in disguise, who took his enchanted Hammer back and slew all those who had attended the wedding, and since that day, the Frost Giants there do not celebrate weddings with a veil covering the bride’s face.”

I’ve no clue how that was relevant to our inquires but it was cute nonetheless.

I went first thru the portal after our preparations were ready, immediately ambushed by a frost giant who attempted to crush me within his hand. Fortunately I had applied the Oil of Slipperiness, got out of his grip, climbed up to his shoulder and beheaded him with a blessed weapon by Don. I had slain another giant before the rest of the others were thru the portal. I believe there were half a dozen giants all in all. Didn’t took us a minute to wipe the floor with them, even with the regenerating one which looked more like a troll than a giant: she wouldn’t go down, I tell you.

Looting the corpses, we encountered a strange scroll in Primordial, which we managed to determine would summon an elemental about a minute after it’s owner was dead. Preemptively, we shoved the unravelling scroll into Uzza’s portable magical cell. Imagine our surprise when what appeared was an invisible stalker (I could tell, I have See Invisibility). It wanted to chase it’s quarry in the Elemental Plane of Earth, which we determined was a Dao, the crazy slaver Earth Genies (we have had the displeasure of meeting a few, tried to enslave us, they got blasted into their original plane for the audacity)

Cober finally banished the creature, we collected our thoughts and our loot and returned to RO.

Last but not least, the approximate triangulation of the Portal gotten by our Divinatory endeavors: