A Jaunt to the Jungle 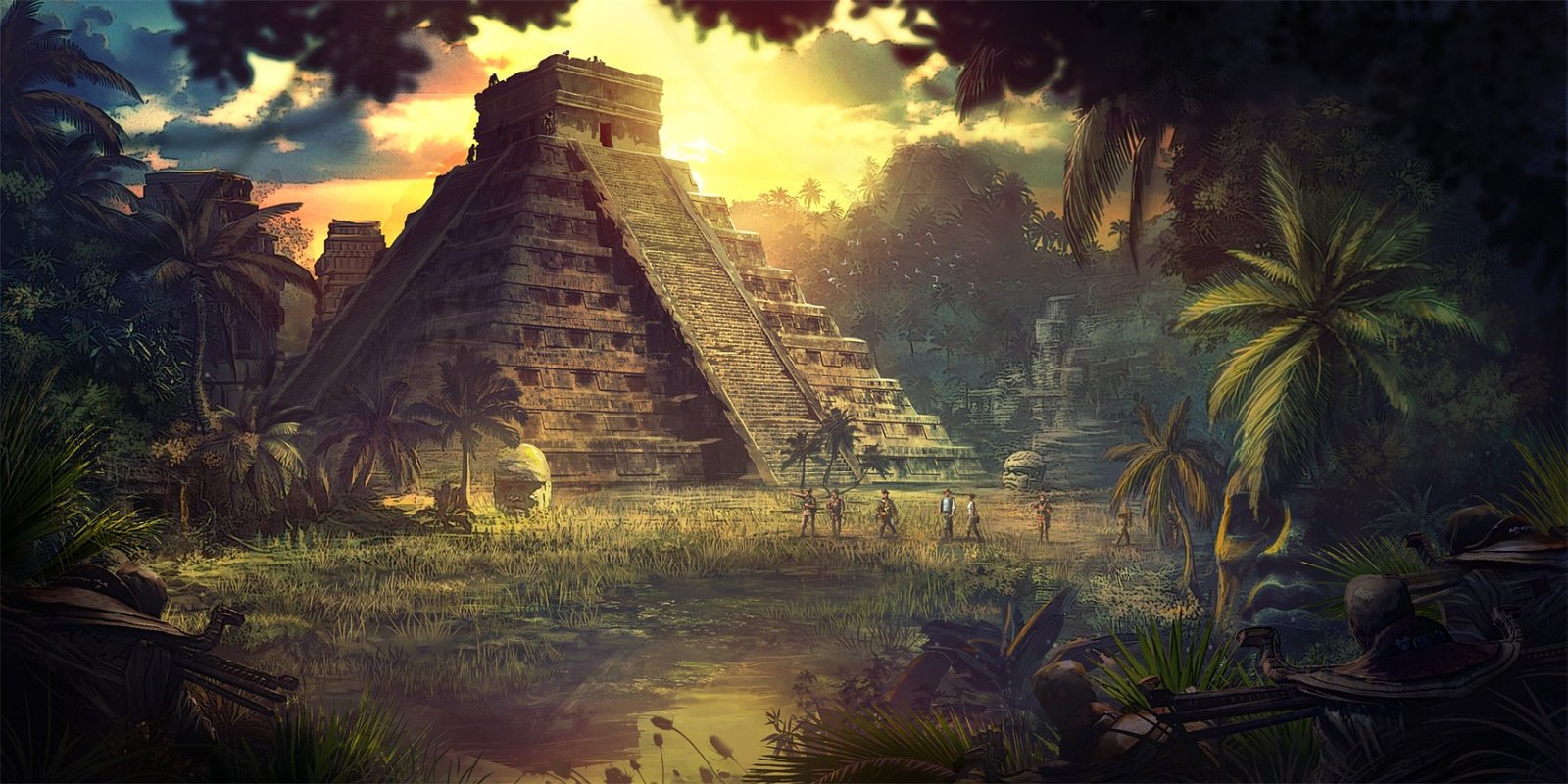 From the Journal of Lysing.

I had received word that a group was headed out to explore a possible new portal location.  I was both intrigued by the lure of exploring new locations while hesitant as the dangers of what might lay beyond.  I thought long about it and then mustered my courage up.  “Why am I here on this Island but not to explore” were the convincing words of my inner voice.  I had seen the names grow on the wall almost daily, but that is just a fact of life, whether it was the murder pages of Baldurs Gate or the list of those that die in the mines of Scatlon, each is only given a certain amount of time.

I met up with the group and as it goes there were some faces that I had shared a camp fire with and some of a feather that I had not.  All looked to be seasoned enough to handle themselves in a fight.  With that being true I had posted my will, and made a copy to carry on my body as the Island as all reports indicated to expect attack upon new portal travel.  Another ill omen was that one of the original member came down with bowel issues and was replaced with the renowned Paladin and Adventure Valorean.

After gathering the required stones, LAS to return to Ruined Oak and GQE the site we were investigating, the party begin preparing themselves to go through the portal,  I used my defensive magic to on myself and Sammal while Joule enlarged Herself to the size of a giant. Tinkork carefully counted Her silvered arrows that she had recently commissioned and the Paladins Britney and Valorean said their prayers of devotion.  Britney even roused our spirit with an inspiring speech.  I wondered for a moment where the Kenku originally heard it, as the speech steeled my resolve. 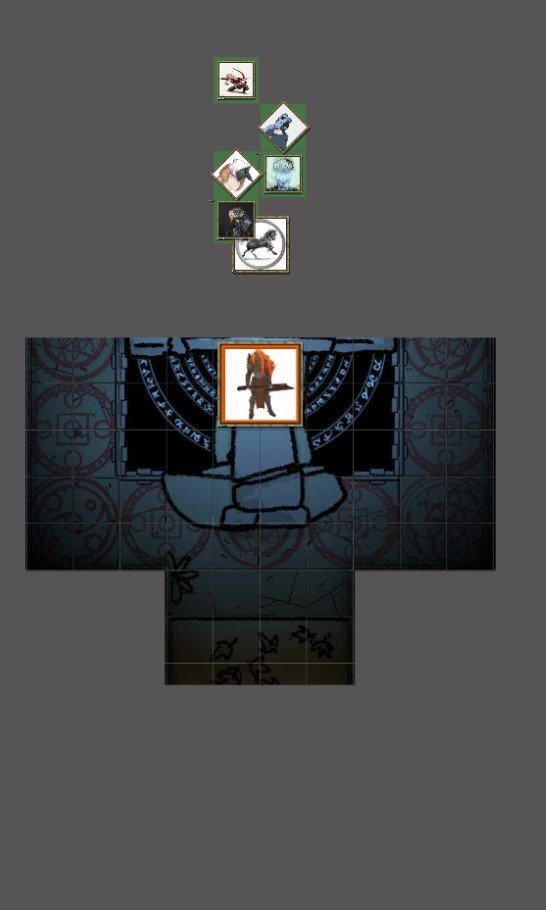 Joule was the first though the Portal, but the rest quickly followed.

Within secounds of our arrival we were met with its guardian.  A large stone construction fasioned in an unknown style to me began its assult on the party. The frount lines began to move to postion to pinned the creature of stone down. That is when I heard the sounds of stone on stone as other constructs began making their way up for the what I now noticed was a very deep pit below the portal gate. 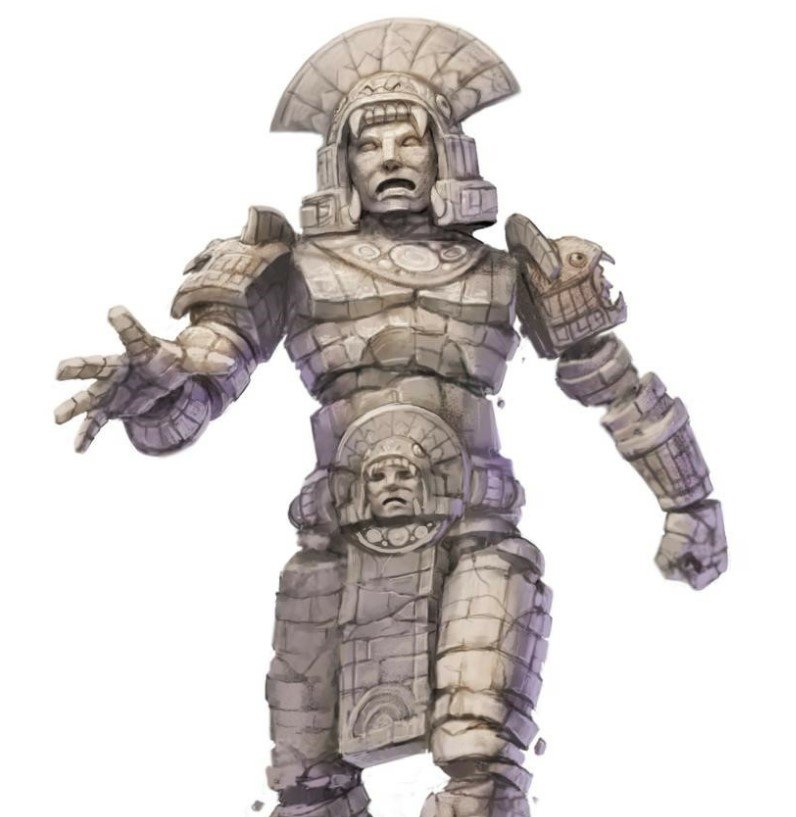 The large construct, besides its ability to slam its fist into us, seem to be able to sap away the magical energies the party members had encased themselves in and use it to power a lighting discharge that span at least 30ft. While formable fighter in their own right, the smaller constructs seemed intent on hurling the members of my party into the pit below.  They succeeded early with throwing Sammal down and only after a hard fought battle finally brought Valorean to the same fate.  One of them had hemd up Tingork and knocked her unconious. I quickly used my magic to move her to safety, or at least a safer place. 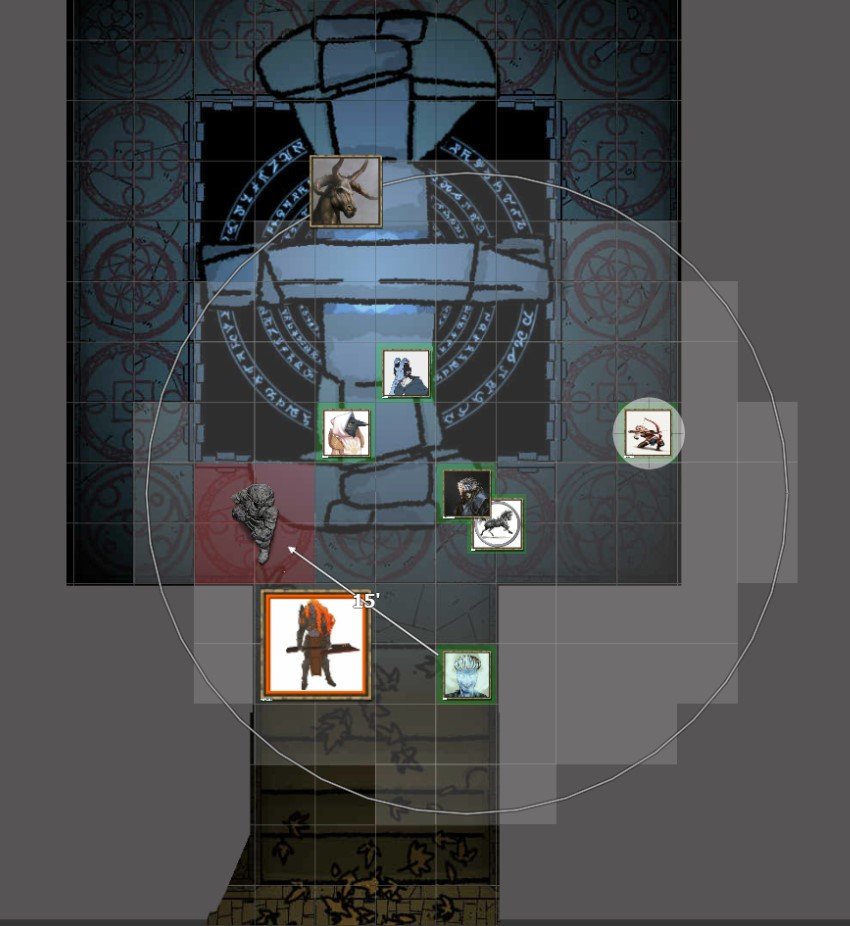 The begining of the battle before the small contruct showed up

The battle was intense and was touch and go, I felt a bad sense of dread once two of our members was thrown into the pit, but the rest of us continued to press the fight,  My heart was uplifted once the large stone sentry was reduced to rubble but horror then froze my heart in place as I saw the pieces first vibrate then launch themselves back together reforming our foe before our eyes.  For a second time we slew the sentry, then Joule hurled herself down to pit in a fit of rage to rescues what remained of those that had fallen.

Once things had settle down, we began to explore the structure. The Ziggurat was divided into three levels.  On the middle level there were murals that seemed to depict three races coming to togeather, on was a dog like people, which could be gnoll or kendra but my gut told me the latter, and a strange snake hybrid humiod looking race that might have been Yaun-ti. The third race that was depicted looked like humans that were servants or slaves.  This site bear better investigation as I was not able to gather much more information before we returned back.