A Treacherous Venture into the Water Temple

At Khora’s insistence, we set out for the Water Temple that she had visited before. On the first night, Wolfgang cooked stew with a rabbit he caught that fed us for the night. Khora woke us up about sounds of explosions in the middle of the night. We heard the sound of crunching rocks, which turned out to be an earth elemental of sorts. It spoke in Terran about wanting to eat gold and gems, so Vahn and Khora offered it gold pieces. In exchange, it gave Khora a liquid that resembled a potion of healing sold in the town. It disappeared into the earth before we could inquire more. We decided to call it “Jerome.”

Gorstag mentioned hearing the lap of water, which he thought could be a water elemental. Though it was doubtful, I remained cautious during my watch. Vahn took a night swim for some reason, which must have been cold. He mentioned seeing a straight line of fish moving in unison and heading out to sea, which did not seem natural. I wonder if something was calling out to them.

The next day, we arrived at a dilapidated old building that Khora said was the top floor of the Water Temple. Downstairs, there was a coffin that turned out to be the entrance to the Temple of Water. Khora also explained how there were fruits in the Temple that could allow someone to breathe underwater. It seemed that there were called Villios Mangoes. The tradeoff was that they could only breathe underwater until eating another fruit that allowed them to revert back to breathing air. We took two fruits each. Khora also gave me a trident that enabled me to swim slightly faster.

The bottom of the stone coffin gave way to copious water that led to a large room with blue lights and piles of dead creatures. It seems they were there when Khora first arrived here. Khora warned us to not touch the orb no matter what! We later saw a statue of woman with flowing hair that was possibly an avatar of Umberlee, a sea god. As Khora began to search the crates and vases, the doors were shut tightly, and the orb began to pulse ominously. The water in the room began to turn freezing cold. The statue began singing an eerie tune.

“Those who take from the one who gives are the ones who deserve nothing at all.”

The statue of Umberlee’s avatar. Sung in Aquan.

Vahn translated for the rest of the group, which he also did for the earth elemental. Vahn was an adept translator. I tried to give the trident of slightly swimming faster to the statue, but it said in Aquan that only proper prayer will give blessing of Umberlee, which Vahn translated for the others. The orb sent out waves of cold that seemed to freeze me to my bones, and an invisible wall prevented us from interacting with the orb directly such as smashing it. Vahn was able to persuade the statue in Aquan to spare our lives and show us mercy. The orb stopped glowing, and the doors opened up once again. It seemed the key was offering a prayer in Aquan to the statue. We thanked Vahn for his quick wits and willingness to ingratiate himself before the avatar. The statue mentioned something about how her power alone can save others from the wrath of the sea, but I left the room quickly and did not hear her properly in fear of the doors closing again. I did hear Gorstag insult the statue, which did not seem like a smart idea, but I made no comments just in case it might provoke something else in the room.

We saw the body of a thick, muscular merfolk man floating in one room who Khora mentioned was a captain that she had killed previously. Found a large hall with a statue of woman in the middle with a glowing orb in its center shining brightly. Stone tentacles surrounded the statue. The others tried to get a favor from Umberlee but failed. However, they did manage to find the locations of three other water temples and some underwater art.

Two large creatures were swimming about in the southern part of the temple, resembling eels. The “eels” seemed to be guards but did not attack us. They did coil their tails together when they got close to each other. Vahn stated that we meant it no harm in Aquan to one of them, and it swam away. We decided to not fight it as they might just be protecting their territory.

To the east were stairs going down to different colored waters with large rocks blocking the stairs. There was barely enough space to squeeze through, but before we could decide, a rock in the corner and the rocks at stairs came to life, growing legs and pincers. They were a type of rock crabs that clawed us, trying to grasp us and bite us. Though Vahn was knocked down and Friend (Gorstag’s zombie) was killed (again, in a sense?), we managed to take down the rock crabs eventually with an expert guiding bolt from myself. It was a shame I could not use any fire magic as we were underwater. We found a little bit of gold on rock crabs as they liked to hoard things, but we did not find much besides that.

We ate the air fruits (that’s what I will call them to myself as it sounds better than Villios Mangoes) back up on the surface and then headed back to home. Gorstag seemed to mourn the loss of his Friend. Though I care little for zombies as the animated dead, I felt somewhat saddened by its sacrifice. 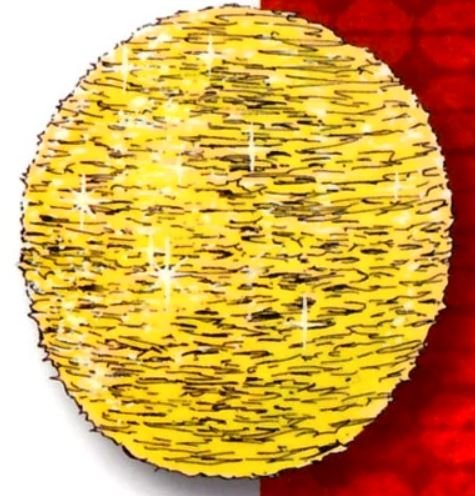 As we walked back to home, we saw something in the sky flying towards us. They were a mix of the wings of a bird, the head of a deer, and the tongue of a vile serpent! We hid in the bushes but were spotted and attacked. The monstrosities were ferocious as they dived down and raked at us, and I fell during battle, and I feared the worst. However, Gorstag was able to revive me with what must have been a goodberry, judging by the slightly tangy sweet taste in my mouth. I was not able to thank him due to the shock of nearly meeting my demise, so I will thank him later. We managed to slay three of them, while one fled in fear from a necrotic attack by Gorstag. Alas, Khora’s mechanical canine Pup was also taken down by them. The bodies of those slain were dismantled thoroughly. Hopefully I will be better prepared should I encounter such monstrosities.

In the future, I will think long and hard before going on another mission involving the Temple of Water…