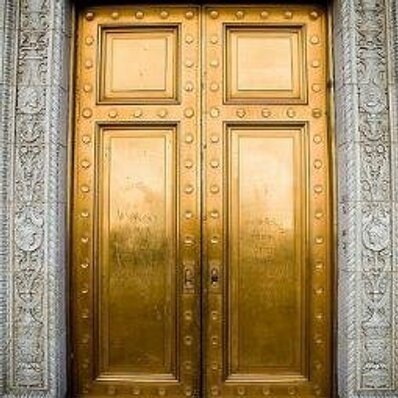 We headed west towards the Forest of Thorns and came across spring in the fields slightly west of the bridge. the water was fine to drink and seemed safe as a stop.  We refilled our waterskins here. 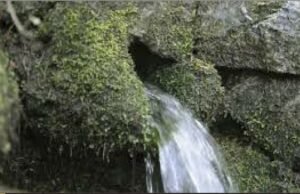 As we moved farther east we found a burial site so we thought. It was a cairn in the middle of the plains. I detected no undead pressence and we decided to leave the dead as they lay. 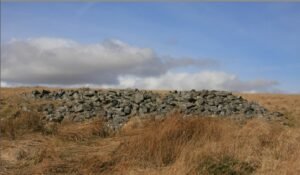 We found a rather large pit with steps carved into the sides going downwards. The topside had statues of Yaun-Ti and Lizardfolk warriors. We later found out these statues where more of mocking the Tabaxi for losing a battle at this place.We decided to go down carefully allowing Hanna to lead us searching for anything unsafe. 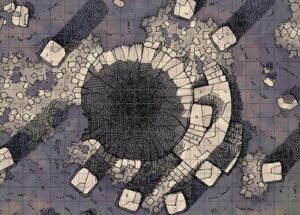 As we desended we found a small cave in which a group of five archaeologists from Mirandia have been staying Firgo, Mortion, Sasha, Gorgo and Nilbit. We found an opening poster for Swollen Tooth Inn. 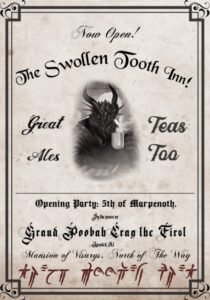 After searching deeper into the caves we found four undead type beings that could enlarge themselves and when they bleed it splattered and burned like acid. We funneled them through tight spaces and our warlocks bombarded them with eldritch blasts while Hanna dodged and used her rapier with ease. Quinn hailed down arrows on them and after a lengthy but simple fight all the creatures were downed but returned to a humanoid form. We only found four of the archaeologists and the fifth was missing so we traveled in deeper with care. 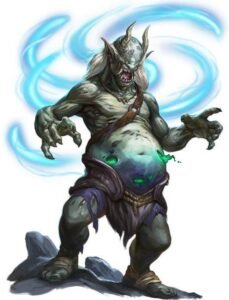 We found a rather large opening with a small underground pond at the backside of it. We saw a body the fifth archeologist, a pile of treasure and organized skeletons at first glance. Hanna moved farther in and caught sight of the Golden Doors. 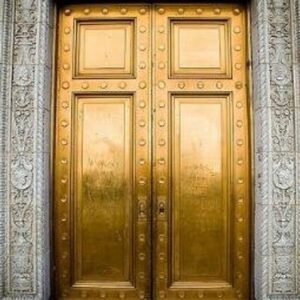 We spent a good amount of time trying to open the doors. When I touched them to read the runes I felt a weird feeling. The writing said: “The Hall of the Tabaxi No one may Enter This Garden Unless they have Flowered.” After trying multiple things and not getting anywhere the group decided to sleep for the night and the next day speak to a Tabaxi called Garden of Flowers who lives close to Port Mirandia. As we set up camp we also buried the the five archeologists.

We traveled the next day and slept for the night and the following morning we made out way to Garden of Flowers”s tower. We told him of what we found  and he explaind that it was indeed a Tabaxi burial site and infomred us to not to try and open the doors. Firstly the doors are an ancient artifact that can curse non Tabaxi who touch it and only those attuned to the doors can open them. He happens to one of the last keepers of this sight. He also told us that the writing of the two Kings most likely is about the Yaun-Ti and Lizardfolk kings who once allied together fora short time to war all over Katashaka. 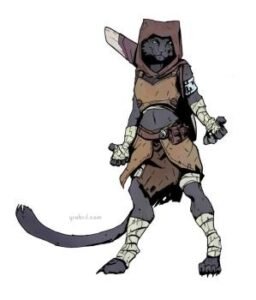 He also told us stories of some old Tabaxi mage name Yolovift who had the ability to walk the planes and travel with ease… apparently before the travel spells stopped working correctly.

After our talks with Garden of Flowers we decided it best to leave the Doors alone for now and focus on the other areas around Port Mirandia. We returned to The Potted Plant and parted ways until the next time we meet.