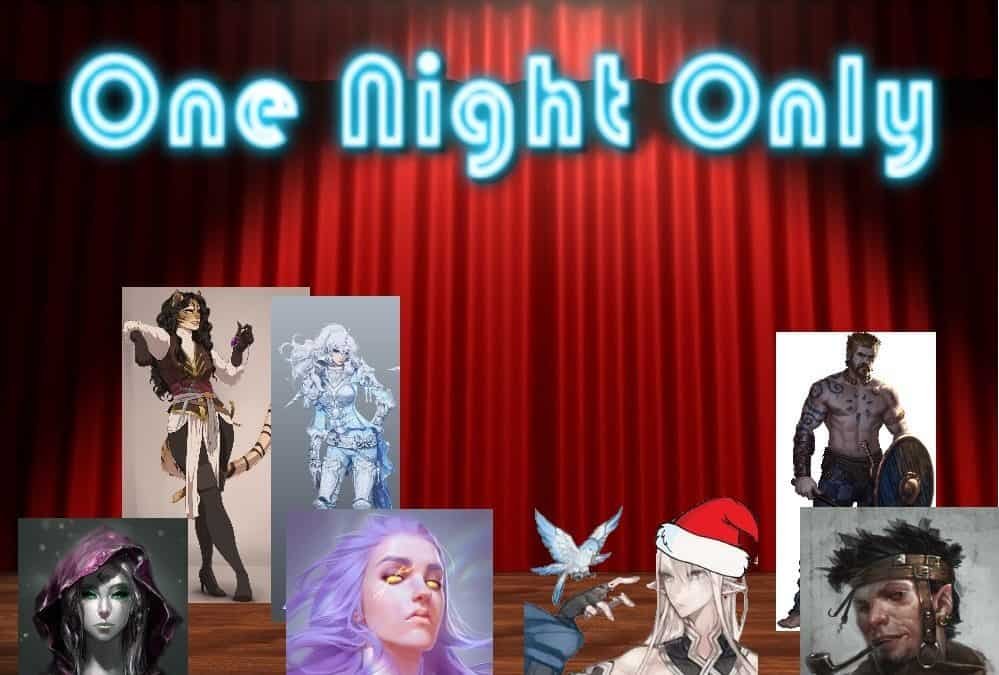 Come one come all to a show unlike anything you’ve ever seen!

After the first day, we returned to the Black Footpad Inn with both a full burlap sack of mugwort, and Wilson, a freshly potted mugwort plant. We enjoyed both a hearty meal, and the satisfying performance of a one Orpheus. A man grieving the loss of his beloved Eurydice. He believes that a satyr called Nacard might know her final resting place. We promised to keep an eye out for the goat man, and turned in for the night.

“It began innocent enough. A gravestone here, a dead body there. Strange mushrooms and words describing a disease referred to only as the “Rot”. It went nearly unnoticed at first, several adventurers exuding a noxious oder for several weeks but with little other ill effects. Let this entry in Isaac’s Inncyclopedia stand as a warning for all who listen however, the Rot is not to be ignored. Contained herein is the collective knowledge of the Rot as gathered from the sacrifices of adventurers from White Moon Cove.”

It was suppose to be a quick trip

Or should I say WHERE A FLIPPING CRATER WAS. Holy hot nine hell’s, even miles out we were sweating like Isaac in a Anti-Magic field. As we got closer we started cooking alive, even me! Your adorable Tiefling heroine, was feeling literal fatigue just from the heat! This place was hotter then yours truly drizzled in honey!