Dinos in the Marsh!!

The party concluded it would be best to head South of White Moon Cove to see if we could find the exact location of the Gnoll camp that there were rumors of in the Marshes south of town. As the group headed down the road we saw so many tracks of leaving the road from the south and head due West to what looks like the crevasse that the Gnoll sightings are happening at. By the looks of it looked like it was coming from the marsh area, the same area where we were heading to. We decided to continue our mission to see if the camp was still active or abandoned. 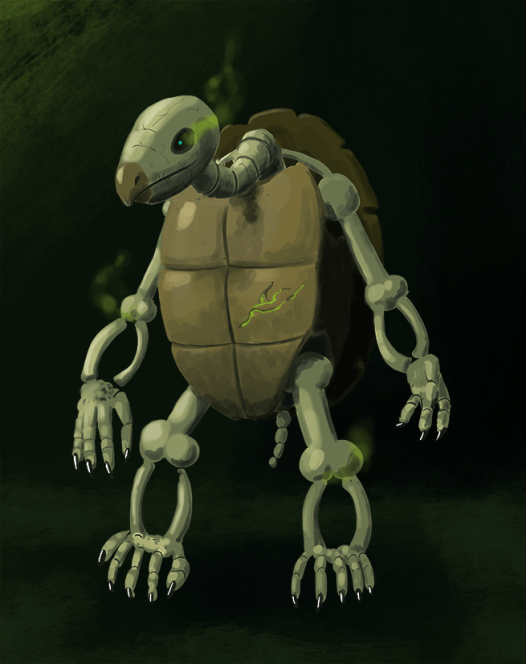 As we entered the Marsh and ventured south we came across a strange temple that I was the lead of a small advance team that went ahead and scouted out the area to see what we could find. Upon getting closer we came across a strange skeleton turtle humanoid that had a two-headed hellish looking dog it had on a leash patrolling the area. I was able to get closer and saw that there were three patrols from our position, we went back to inform our findings to the rest of the group. We concluded to head further south to find the reported camp and report our findings we found in this location.

We came to a small clearing and we began to feel the ground rumble quite a bit until we saw three beautiful creatures that I was very well known to running our way. They were the same dinosaurs that our gnome friends had tamed just north of the Re-Hope dwarfs! I remember Cindermint, one of the gnomes say that these animals were Ankylosaurus’s and they are very tame compare to the rest of the dinos of the island and that they love to eat and could be fairly easy to tame. I used this knowledge to my advantage and casted a spell on one of the three creatures running our way to make it friendly with me. As I did so the other two creatures continued to run not at us, but past us. It was at this moment we realized they were not attacking us but running away from their attacker!! 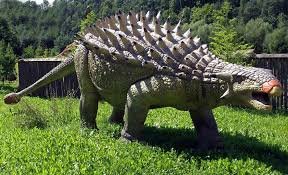 The beast they were running away from finally caught up to them and the party and we discovered a T-Rex, this was the one dino Cindermint said to avoid any contact with and to run at first sight. But rather than run the party took defensive positions to protect the helpless creatures it was chasing. I was able to get the dino I made friendly with allow me to ride him so I jumped up and drew my bow. As we pick it off from afar this beast had amazing speed. It caught up to our party very fast picking away at the team. Towards the end of the battle the monster bit and picked up poor helpless Saoch and made him fall unconscious. Even though Gau gave the order to not physically kill the beast but make him unconscious I couldn’t afford to lose a party member in the process, so I took one last aim with my bow and took the beast down.

A new friend to bring back home

We were able to stabilize Saoch and pull him from the beasts’ tight grip. After this I was able to pull off a tooth of the beast and save it as a souvenir, we also decided to carve up the beast and cut off very valuable part of his body to sell back to merchants back in town that we would be able to get top dollar for as this beast is rarely found.  I was able to talk to my new dino friend and convince him to follow us back to town with me as long as I continued to feed him He told me the other dinos that ran off were his siblings and hoped  he could see them again someday. I hope I can repay this favor to him. We packed up our belongings and headed back to town, the rest of the trip was rather uneventful and was able to get back in under a nights worth of travel.