Fantastic Fiends and Where to Find Them – Chapter 10 Initial Draft 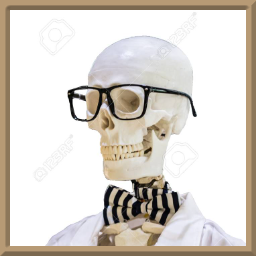 Fantastic Fiends and Where to Find Them – Chapter 10 Initial Draft

Okay, so my second sea voyage from the island was a bit eventful than the previous and we didn’t lose anyone….well….anyone living anyway.

We sailed south from WMC, myself with my research assistants, a new/old wizard named Bartimaeus, Cober and his skeleton entourage, Eight, Quinn and Valor, and Lysing!  We sailed to where context clues led us to believe the gnolls had some sort of off-shore base and it paid off!  We were attacked by 4 boats filled with gnolls and Quinn had an amazing idea!  She had Valor fly me up as some sort air support where I rained down fire from above!  We made quick work of ships and gnolls.  Eight wanted to keep one alive but unfortunately I was not there to tell my research assistants to not kill anything that climbed onto the ship soooooo they killed the one gnoll that made it onto the ship. After that encounter we rested very quickly on Red Manta as we spotted something on the horizon that could be the offshore base.

Full speed ahead we found the offshore base made of rickety, dilapidated boats all bound together. Acting as air support once more Valor flew me up high.  Eight, in a stroke of genius cast darkness on my ribbon and I was able to bring it out or put it up to act to give us some sort of cover. In the darkness something with some sort of lightning energy sailed underneath me, it scared the beejus out of me! Once I pocked my ribbon and could see again, from high in the air I could see three small, fat boats riding low in the water.  I rained down fire once more! (That really is a lot of fun, if you can ever get to fly in the air and cast fireball you should try it)

Nothing happened upon the first fireball….and then Lysing appeared and was getting attacked by gnolls! I tried to help him as best I could.  He is a cool dude! The three boats were not burning fast enough though so I cast fireball at them once more and ooooooh maaaaai gooooooses! Poor Lysing went flying due to the explosion and I think he was on fire when he went into the water. I felt so bad.  I didn’t know they were going to explode!  I just wanted them to burn and sink! Thankfully, Lysing was okay….a little burnt but okay.

Back on the boat a dwarf in shiny armor who was commanding a huge shark was attack the rest of the party but I didn’t really see any of this until the very end!  We finished that guy and his huge shark off though I think Quinn almost went down.  I got a nifty new trident!  I don’t think I can do a lot of damage with it but I am now Daffodil, Queen of Fishes!

Unfortunately though….I didn’t have much magic left to keep my research assistants friendly for the next day.  So I took their weapons, their bowties, and their glasses and had them jump into the ocean as we were sailing back to town. So now they having fun under the sea.  I do miss them already though.  I shall have to get more research assistants soon!