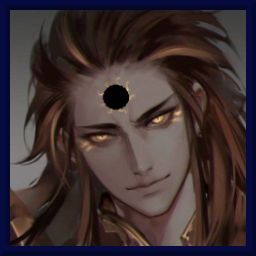 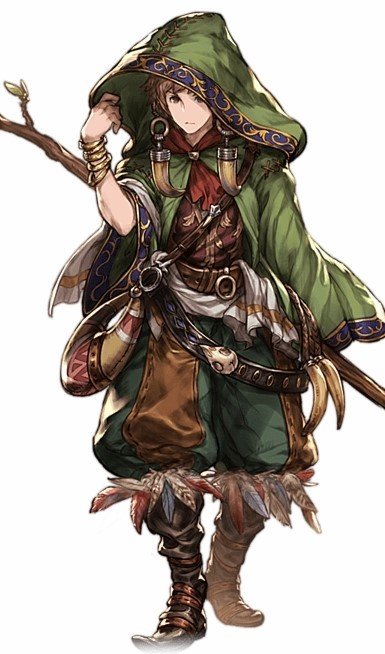 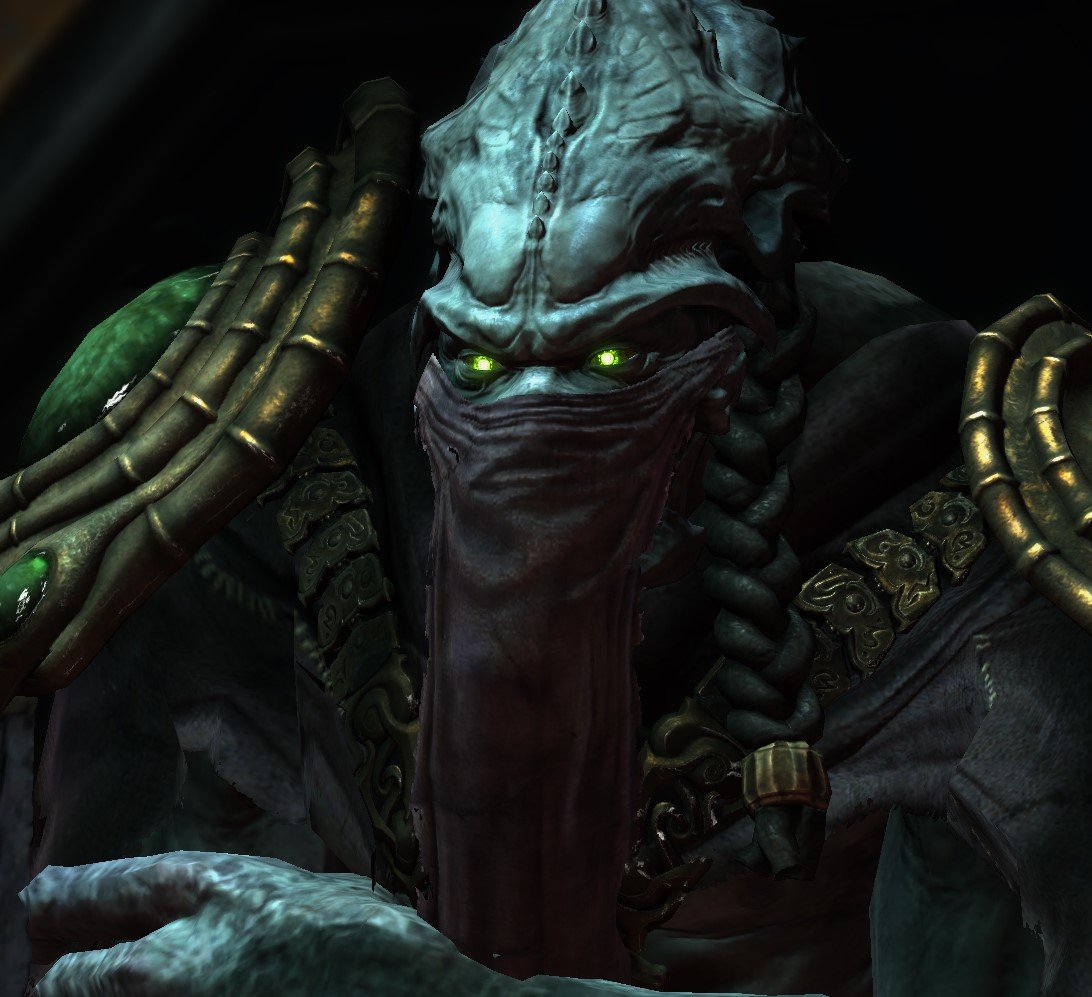 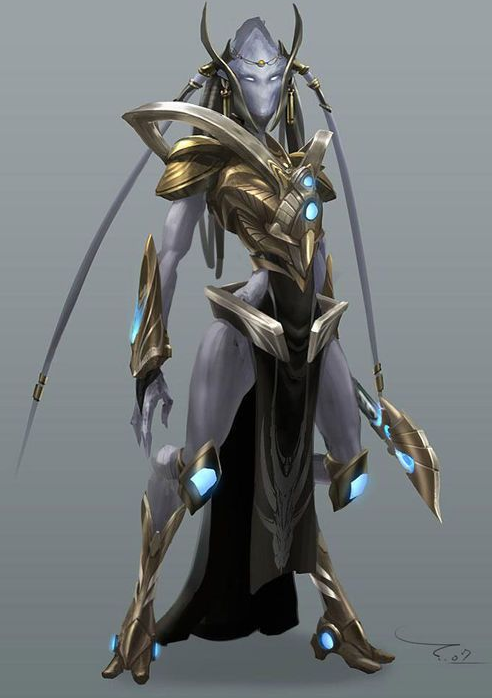 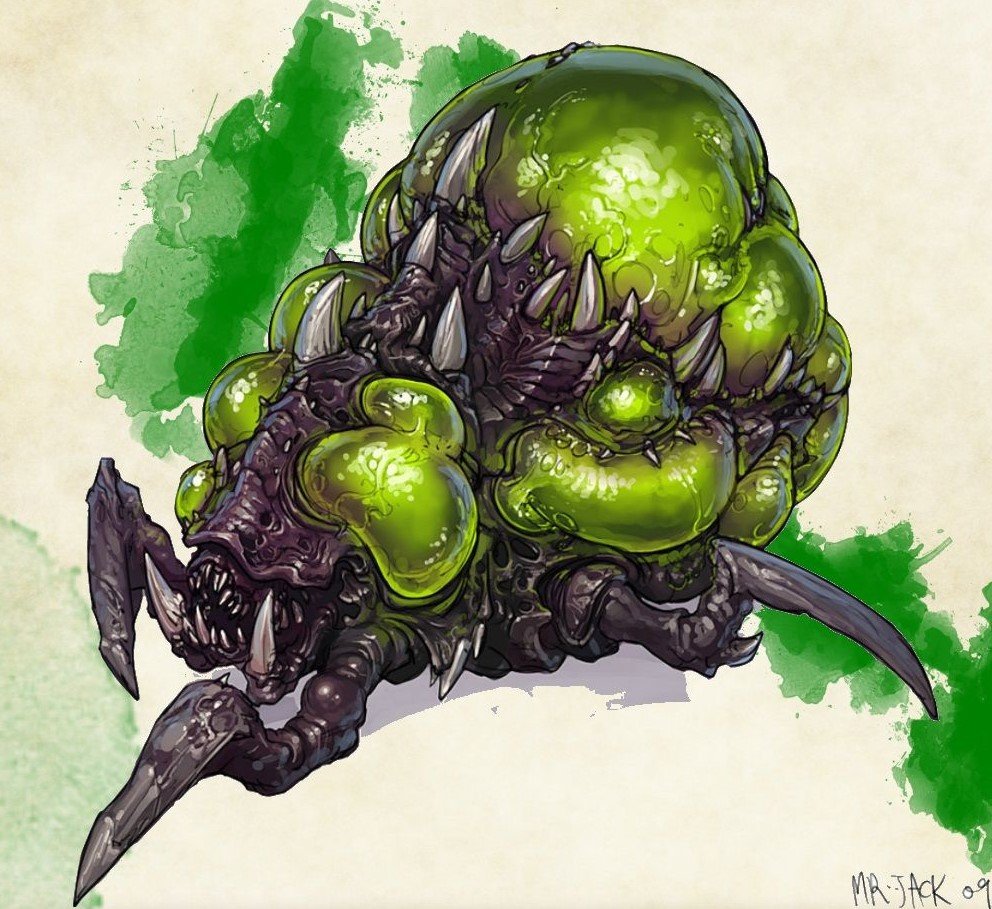 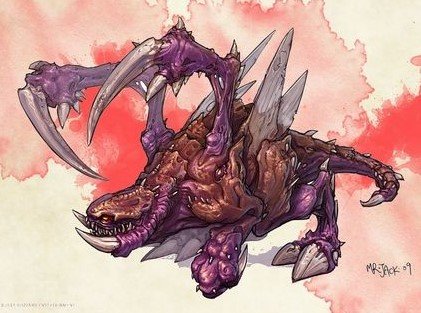 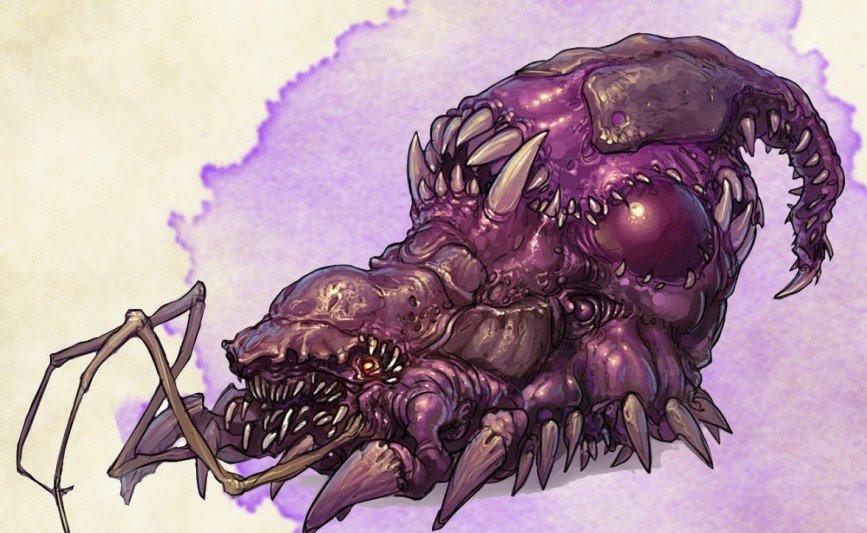 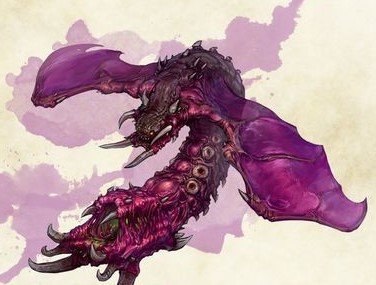 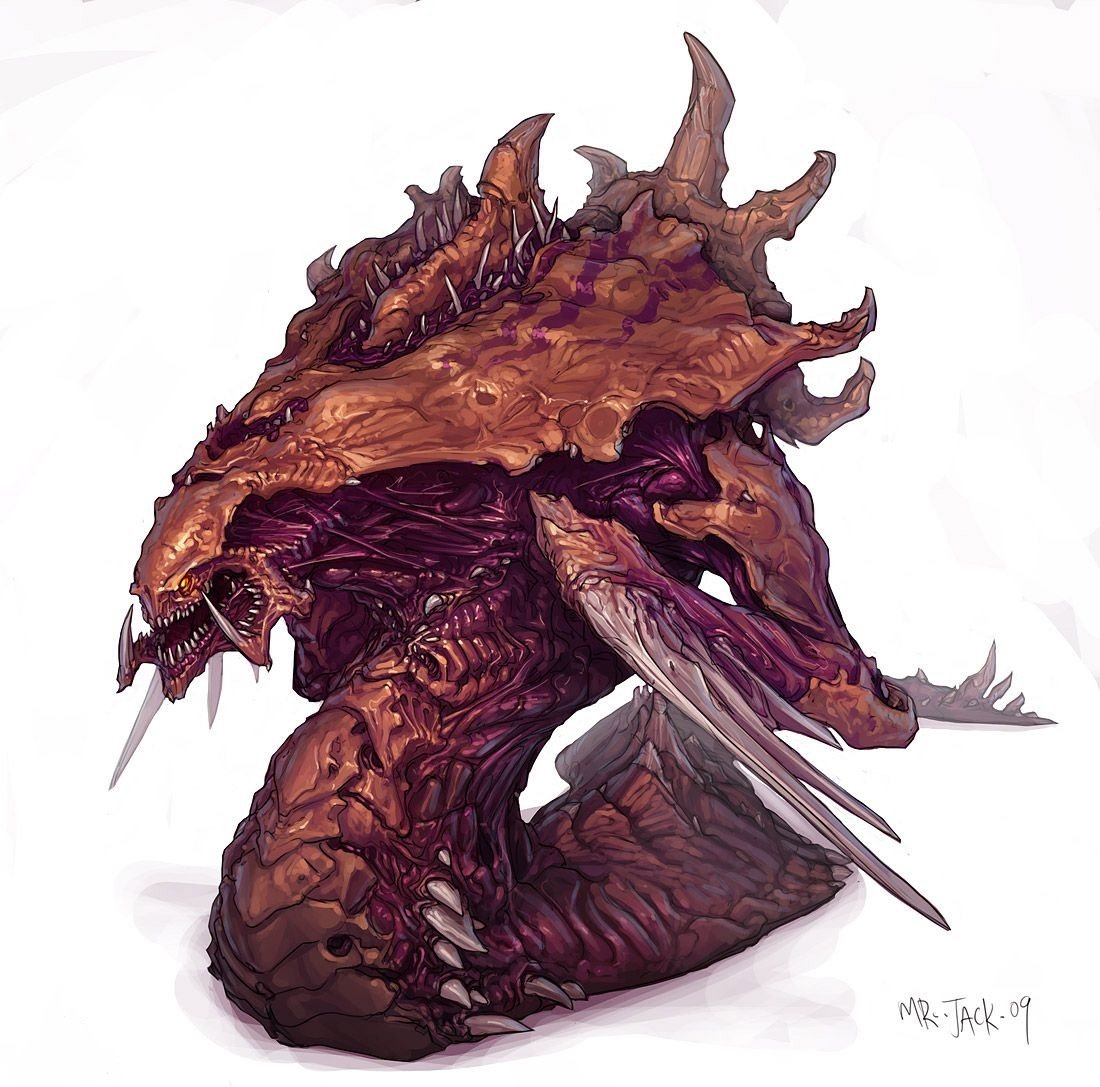 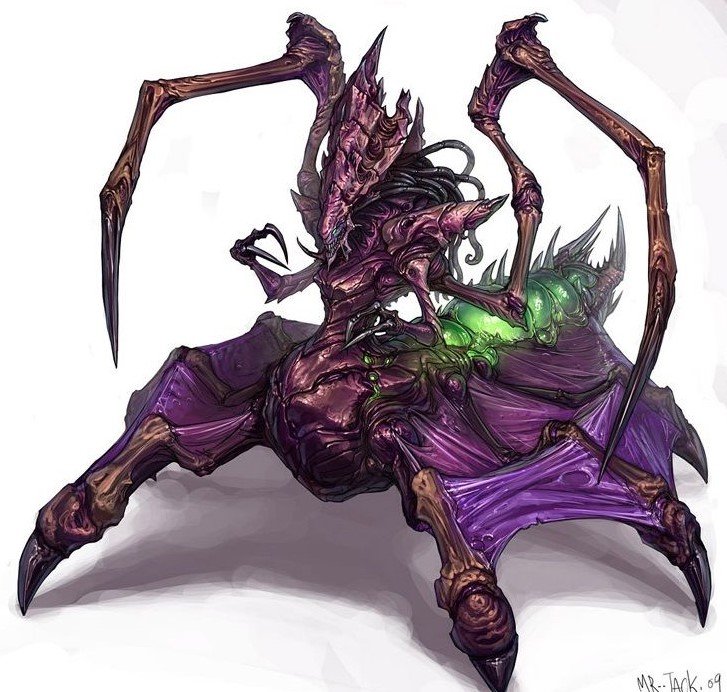 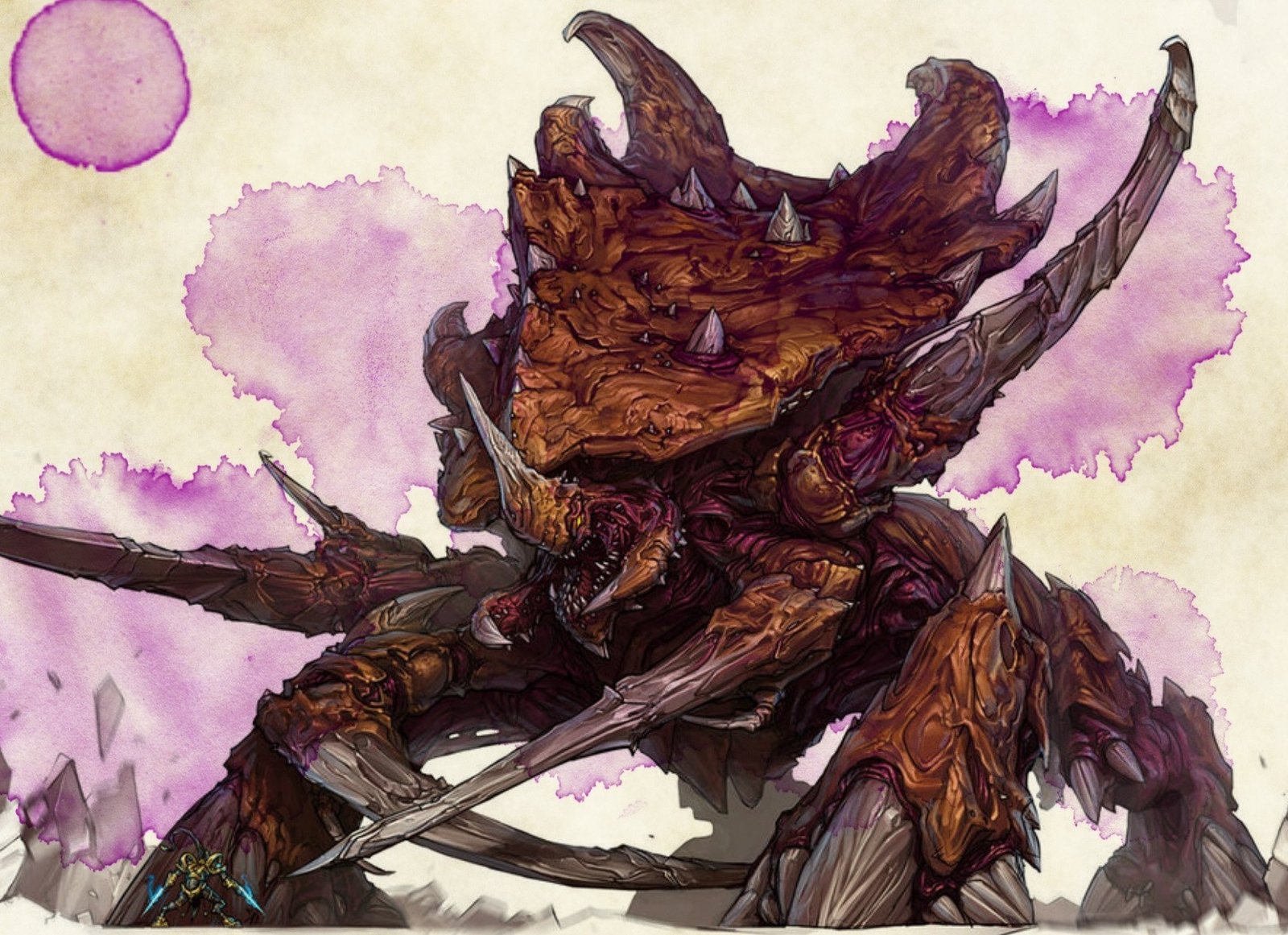 What started with some missing farmers and stolen crops ended with a battle against a mountain-sized extraplanar monstrosity atop a freezing citadel of flesh. Just another day on the island I suppose.

Day 1, Weather: Cloudy & Chilly
We’ve had reports come in of some trouble on a nearby farm, so we gather up a group and depart from Ruined Oak. After a few hours of travel, the farmlands come into view and the farmhands guide us to Raynors, the foreman/leader of the farm. He tells of problems with strange monstrosities stealing their crops and abducting farmhands from the fields. Sightings of the monsters are varied, with giant insects, malformed beasts and snakes being all sighted. Nevertheless, we depart towards the Silent Forest to find this nest of monsters, destroy it and rescue the 30 abducted farmhands.

On the way, we spot a huge gray skinned animal with a snout drinking from the river. We study it for a while, then move on along the road. Close to evening, Eight spots a large 20 ft. tall rock column by the side of the of the road. Around the column we discover a strange number of wooden doorknobs with faint magical residue in them. They might’ve been used by Ezekiel as part of a Teleportation spell. The column itself has writing in Primordial reading: “1000 ft. east to the hatchery”. Wondering if this hatchery is the lair of the monsters we’re seeking, we decide to camp out for the night good ways away from it.

Night 1, Weather: Cold
The 1st watch goes uneventfully, so I wake the next folks and go to sleep myself. Around midnight I’m woken up as Eight had spotted a figure surrounded by bodies not too far from our magical shelter. Eight goes out to meet the figure and after a lengthy conversation he returns, with the figure wandering off.

The man was an elf druid named Voromis and he was studying some horse corpses he’d found. After telling him of our mission, he suspected the monsters we were chasing had slaughtered the horses, and asked for some of their remains to be brought to him for study. Eight offered him a job as a healer in Ruined Oak and he said he’d consider the proposition and visit the city soon. Having been told all this, we went back sleep and woke up unmolested come morning.

Day 2, Weather: Windy & Chilly
In the morning, we head into the Silent Forest with a stealthy approach. Eventually, we discover a massive structure of organic spires and stone, surrounded by cold air. It seems completely alien to this plane. After watching the structure for a while, we spot a large cockroach-centipede hybrid climb up a stone wall and enter through a hole in the wall.

We’re ferried up by Cober’s large owl friend and enter the huge pulsating flesh tunnel. On a whim I attempt to detect any nearby planar portals and actually get a reaction. There’s a portal at the very top and center of this complex. Traveling through the tunnels, it seems the original stone structure has been transmuted somehow to a state between flesh and stone, very disconcerting.

Traversing the tunnels, we eventually find a group of 6 farmhands unconscious next to a pulsating green egg sac. We rapidly wake up the captives and move them away from the eggs before bursting and burning them. The farmhands remember getting attacked in the fields but nothing since then, concerning. Just then we hear the sound of approaching footsteps and a figure materializes next to us, demanding to know who we are and if we work with the Zerg.

We show him our WMC armbands and tell of our mission, which calms him a bit. The githzerai introduces himself as Zeradul, an agent of Protoss, which is a group dedicated to battling the Zerg. They arrived on the island some months back after mindflayers attacked their home in Limbo. Recently they’ve detected Zerg activity in the Ghostwood Marsh and elsewhere on the island. Thus they are searching for them, this being the first “hatchery” they’ve found.

Zeradul offers to guard the rescued captives if we deal with the “queen” of this hatchery and close the portal bringing forth more Zerg from Limbo. We agree and leave Zeradul to guard the entrance to the tunnels. Over time we manage to find and rescue 27/30 missing people scattered around the tunnel system. From the 28th we find only their skeletal remains in a bone pit. Eventually our romping around attracts some unwanted attention as we’re set upon by a significant patrolling force of Zerg. Within their ranks we see two zombie-like infected humanoids. Unlucky farmhands 29 and 30.

The battle itself doesn’t pose us much threat, as Cober manages to incapacitate most of the enemy force with a Hypnotic Pattern of ethereal snakes. Here are some of the highlights in chronological order:
1. A small, green, bulbous bug kills itself in an acid explosion next to poor Saoch.
2. A large red snake with scythe arms fires a spike at Twee, almost turning him into stone.
3. Saoch turns into a glowing beacon of light, conjures two dozen fresh cabbages out of thin air and belches with the force of gale winds.

Having dealt with the patrol and found the last two missing farmhands, we started heading upwards to the top of this structure. After some time, we arrive at the roof and witness the apparent zerg queen standing before a stone altar with the open portal hovering in the air above it. After she spot us, she shouts something in Primordial at us. She then turns to the portal and gives a shrill screech towards it. After a moment, a gargantuan claw tears at the seams of the portal and that, thing, steps out.

More like a mountain than a monster, the gargantuan dark red monstrosity had massive scythe-arms and heavy-set feet. The queen then commanded this “Ultralisk” to destroy us all. In some stroke of divine intervention, Abel actually managed to intimidate the thing and prevent it from charging right through us. Eight was then able to slip past the behemoth and absolutely decimate the queen with a devastating flurry of punches.

The battle then turns into a grueling endurance match of us, versus the Ultralisk. With me standing in it’s way and Abel continuously intimidating it, the other party members slowly but surely whittle it down. I only got hit by it once, but even that was very painful. I fear the others would’ve been slashed in two with only one of it’s scythe strikes. Thankfully Twee managed to fell the behemoth with an arrow shot right into it’s eye.

Having dealt with the enemies, we quickly destroy the altar keeping the portal open, harvest some body parts for Voromis and reconvene with Zeradul. We then leave the hatchery, meet up with Voromis and give him the harvested body parts. After traveling some ways towards Ruined Oak, we have a quiet night’s rest.

Day 3, Weather: Clear Skies
Waking up in the morning, we continue our trek towards town and arrive at the farms, with the farmers very grateful. Zeradul parts ways with us here, saying he’ll need to give his report to Executor Eltas. He believes the executor will be very pleased and instructs us to look for him in the Silent Forest if we need to meet with him or if we find more Zerg activity on the island. All that’s left after our farewell is a quick jaunt back to Ruined Oak.

Voromis the druid could perhaps be persuaded to move to Ruined Oak and work there as a healer. If you spot a green-hooded elf man in town, be sure to ask him if he needs help with anything. It’s always good to make new allies.

The Protoss are a group of githzerai investigating, seeking and eliminating the Zerg. They are lead by Executor Eltas, with Zeradul being a known field agent. Zeradul can be found somewhere in the Silent Forest. Show you WMC armband and he’s quite nice.

According to Zeradul, there’ve been sightings of Zerg in the Ghostwood Marsh. Obviously we can’t investigate with all the gnolls in the way but it’s worth remembering.