Saving A Conflict at the Farms

We were at the town proper of White Moon Cove when we saw a farmer run into town. We got word of some farmers east of here in the planes taking some actions into their own hands. By the sounds of it they were dealing with law breaking commoners by prosecuting them themselves rather than call the proper officials. The party decided it would be in the farmers best interest that we look into this manner right away.

The party was making some good headway towards the planes during their first day. We came across a crossing that split into three ways, North, South, and East back to town. As we approached this crossing we got attacked by a pack of savage Gnolls. Some of these Gnolls had some form of disease to them and spit out this greenish liquid at the party members when we got close to them, causing who ever that got in contact with it to become tired for some reason.  The Party was able to wipe out the pack while taking some heavy blows in the meantime. We scrounged up what ever the Gnolls were carrying and took a short rest after the battle as many of us were tired after this battle. 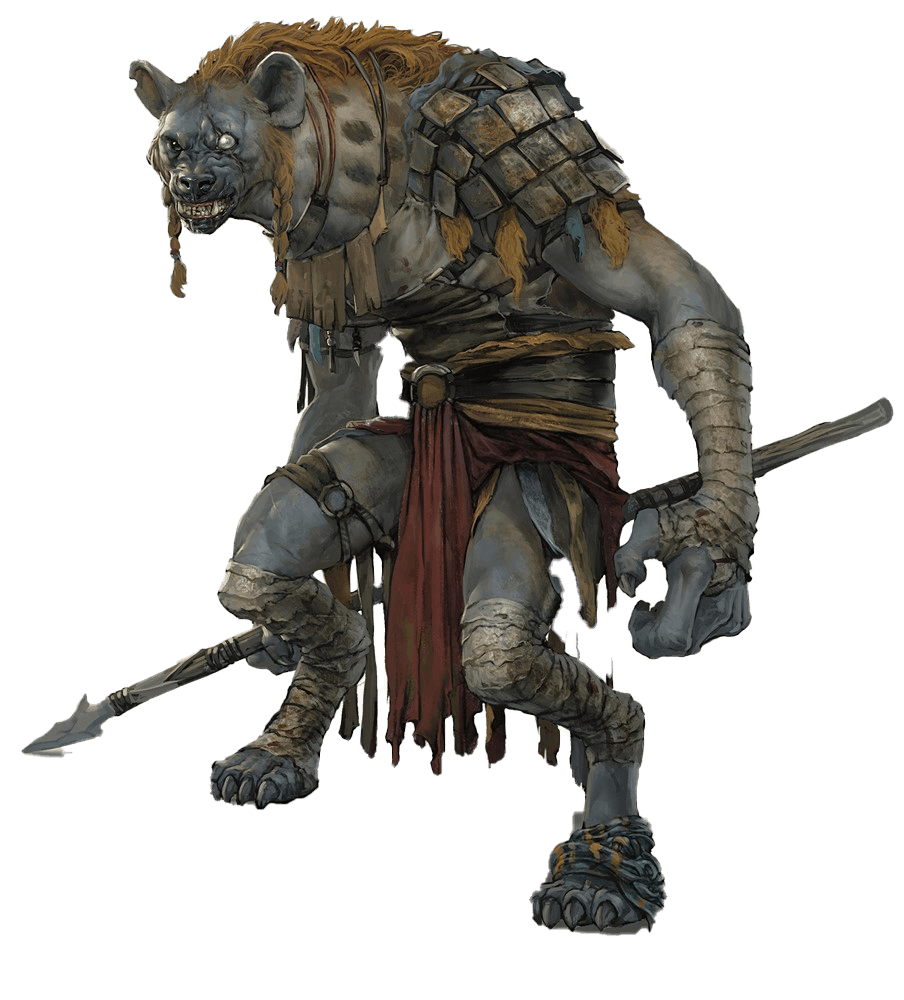 Conflicts in the Farmland - Day 2

After taking some rest on the plains border, we woke up the following day with no issues during the night’s watches, must have scared off all the Gnolls. We made it to a farm town where we came across a bunch of commoners huddled together, and a lady tied to the top of a stage centered in the middle of the farms. The lady was tied up and looked to be ready to be burned alive! As we approached the commoners said she had destroyed a bunch of their crops and while she did it she was apparently a bear! They had apparently knocked her out and now had her tied up ready to burn alive, we shouted from the distance to get her side of the story and she seemed like a poor innocent sole. Amnon approached her getting ready to question her more and get ready to untie her but as he approached a small spikey green creature was untying her and a fight boke out. The lady summoned one more spikey creature and they all started to fight us as the commoners began to flee. We were able to destroy all three rather quickly and did not lose a sole. The commoners thanked us and gave us what she had on her for her possessions and we headed back to town.