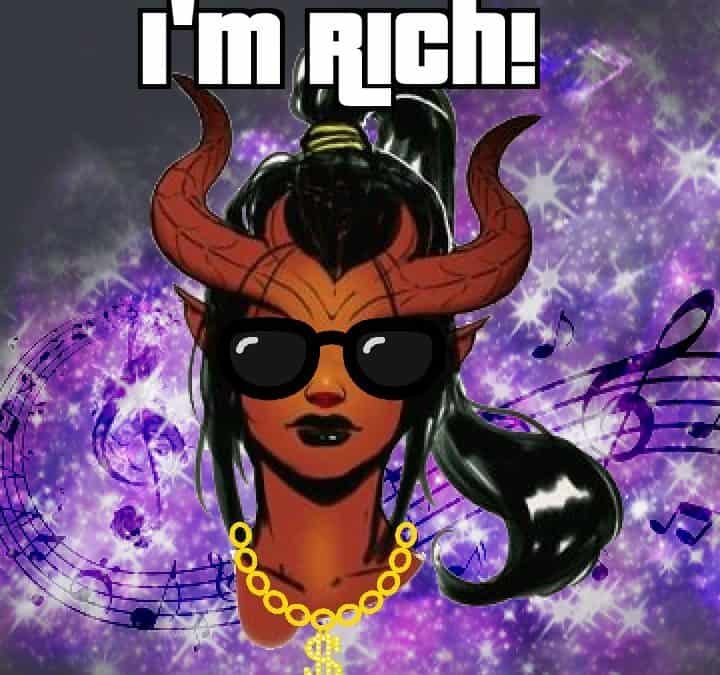 So apparently there is a huge problem with our portal. We met this cute little squirrel named Helican De Vontah, wearing adorable people clothes. So adorable! So anyway he told us some creature activated the portal from the other side came through, messed with our side and walked back through while it was still active. I was told that’s not possible but apparently, this thing can do it.

So Timmy led us to go search for the gnoll camp. We cut through the Forrest. As we moved we suddenly were overrun with large dinosaurs I was told was called nogobu… one slammed into Rimmy hard and took him out in one hit. Luckily Zak quickly shoved one of his trademarked rimmyberries into his mouth bringing him back. Between tingorks arrows of doom, Zaks spear of destiny, Rimmies WH-HIP of beating, Valoreans Glaibmve of dragons might, and Dimbles electric personality, we stomped those nogobu down.

We kept moving till the sun had set and found small cropping of trees on the plain to camp in. I was sleeping so soundly till I was awakened by some sort of fae that wanted to party. I was all about it! I jumped up and began playing and dancing. Valorean tried to dance but he’s not very good at it, though Zak was on fire! The two of us danced heartily while everyone else was just being a stick in the mud. Tingork almost shot one and I tried to talk him out of fighting and then rimmy decided to hit one and it went downhill from there.

These Fungi who ended up not being very fun guys showed up and were just sporing everyone. They even attacked me! Like how rude! The rest was like a blur, I went down for a few moments and got brought back to being swarmed. Luckily tingork, rimmy, and zak kept them off me. In almost no time everyone killed off the Fungi and the fae seemed to dip out. Zak and I had the next watch and realized the ground had a lot of gold under the snow. In the morning we searched and found so much gold. Luckily valorean had a horse to carry it.

We continued on our way till we found an area that was vibrating under us… Valorean told us we were in a wild magic area and warned us not to use magic… but then this giant construct exploded out of the ice and charged us. After fighting it and using magic I learned why my sister loves wild magic. It’s soooooooo awesome! The creature was immune to my musical attacks so I tried to glow it with the faerie fire concerto and it erupted in purple flames… and doubled in size… I was freaked out as this gargantuan metal creature was looming over me. Thanks to the wild magic I was able to get away from it right before it exploded in a giant KaBoom.

We realized we needed to get away as that explosion would have alerted anything for miles of our location, though with everyone so badly hurt we decided to rest first in tingorks room portal thing. Which because of the wild magic dropped a ton of fish on us randomly. (Wild magic is so awesome!)

Once everyone was ready we headed to the road back to WMC. We saw this huge purple crystalline structure but being leery we decided to keep going. The rest of the trip was uneventful. I learned so much from everyone and I’m so excited to have been apart of such an amazing adventure.

Btw the best member of the party was Valorions horse. You should go look at it. It is amazing.