It made her flesh crawl 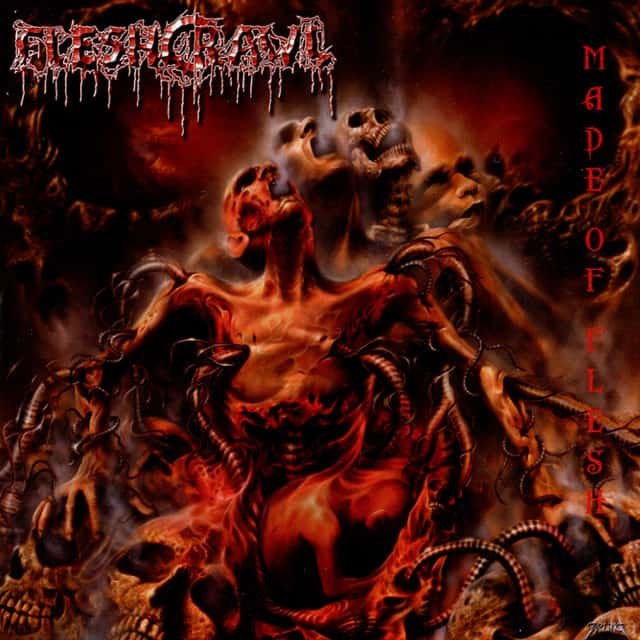 Argg, after reading some stories from the log of the frumpy wizard known as Isaac, the party headed west in search of some blood ruins.

The journey to the location was almost uneventful as we discovered that something was lurking underneath the bridge after discovering a dead body situated about midway across the top of the bridge. We tried to coax it out of the water, or at least tried to get it to surface with no luck. The creature could fire bolts of lighting at people on the bridge, it was more of a nuisance to our party but could be deadly for a group that was less experienced.

We arrived at the blood ruins near the end of the day and began our examination, of the ruins.

During our investigation we notice that there was a defendant discoloration in the trees around the ruins. We determined that this was the boundary of the ruins effects the hard way after eliminating disease, or just being different species as being a cause.

The stone work was just how Isaac had described in his journal except for the control panel. It appears that someone or thing had repaired the column since Isaac’s visit as the column was upright and not broken.

Lyric and I found some druidic writing on some of the columns but without context it was very difficult to make out. The words Seal and Shield stood out the most and knowing that there were creatures sealed up in the ruins and that the ruins could effect the portals, communication, and teleportation effect on the island it could be some sort of defensive shield for the Island. Our finding were inconclusive at this time.

Side effects from casting within the circle.

I had cast a spell to heighten my intellect in order to better study the druidic marking and found myself overcome with a desire to drink from the pool of blood in the center, the blood tasted awful and disgusting but I wanted it more than rum. Luckily the party pulled me away from it before any ill effect other than a little nausea was felt.

The next experiment was Lyric casting druidcraft to predict the weather. It caused a small cloud to appear in her hand, that quickly ascended to the sky and form a large storm of Thunder, Lighting and Hail. The Thunder deafen several members of the party and as we were traveling away from the ruins and still within the radius of the dark trees, I used a lesser restoration on Lyric to remove the deafness. The deafness was lifted from her but the spell seared her arm and caused the outer layer of skin to fall off exposing bare muscle below. The storm caused by casting a cantrip was very deadly, less experienced adventures be warned.

With the whole party still hurting from the storm and night time upon us we looked for a place to set up camp a little ways from the Blood Ruins.

We took great precaution setting up our camp and forewent even hunting as we could diffidently tell we were in a Fey area and we didn’t want to anger any of the residents. Most of the night went by uneventful till I was woken up to a loud and terrifying shriek and I saw a large frog like creature being eaten up by a shadowy maw, which seemed to form out of the moonlight shroud Lyric had created. I have seen her do this many times but this was the first time I had ever seen it do this.

This is a rough sketch of the creature that was being eaten up.

It was also brought to my attention that there was also a shadowy group right across the river from us. They appeared to be shadowy versions of ourselves, except they didn’t talk but mimicked our every move. We kept a close eye on them and waited for the morning to come. When the time for morning did come it was still dark and Lyric shroud was still covering the area. We were hesitant to leave as we did not know if the shadowy maw would eat us up as well. Slowly we made our way over to our shadow self and after trying to communicate with them for a little while, Lyric decided to try and dispel her shroud, but before she could form the gestures the shadow people coalesced into the shadowy form of a Lady who stopped Lyrics casting.

The shadow Lady then revealed herself to us, and demanded to know why we were trespassing in her vacation court in elvish. I knew right then we were in deep trouble. While I may not know as much about the Fey and Fairy Queens as much as Lyric does, I knew that this lady would not even have to blink to put the hurting on us. But I have heard that the Fey like gifts and quickly told her that we had come to offer her a gift. See it turns out that I was over at Redcrows the other days and was looking for a fancy scroll, he said he had a elegant scroll that druids could use, well I bought it without actually looking at it first, it turned out that yeah druids could use it if you were one of those swamp ones, but I digress.

I offered her the Elegant Scroll of Melf’s Acid Arrow, and bowed and used all the fancy noble words I could think of. She was still real ticked at us, but could tell that we were doing our best to show proper respects and after taking the scroll, she let us go this time. It turns out that it was the Queen of Air and Darkness, I think Lyric also called her the Winter Queen. If you want to know more about this Lady you should ask Lyric.

After departing the Fey area we traveled back to the blood ruins. This time we were real careful about not casting any spells within the perimeter of the ruins. After a exploring all the pillars and column again, we decided that we should try the key that Isaac had sent with us on one of the other control pillars. So I stuck the key in the northern one and out popped this gigantic water dragon creature.

We ran back to the wood line and the water dragon took off in a South Eastern direction knocking down trees as it went, also the Blood Pool dried up. But the bad news was that we could not get the key back, we knock on the column and kicked it a bit, but the key never came back out. Isaac may get mad about this.

We then tried to knock over some of the other pillars but were unsuccessful, but did manage to twist the one to the south and north which caused the Blood Pool to return.

Karash poked the pool with his 10′ pole and the hole ate it. So we began throwing stuff in the pool like rocks, twigs, baby deer and the pool ate all of it up. While we were busy throwing stuff in the pool, Lyric cast good berries and the resulting berries were twice the usually size, so we started throwing giant good berries in the pool which made the blood become brighter. Then that when the ruined part of Lyrics arm seemed to rip it self off and slither to the pool. Tomas then cast speak with animals and the blood pool began to talk to him. The blood pool did not like the Mark of Aelcess Lyric had received from Lucilia. It called her some really bad names and said she was not of the blood and filthy, It also said there was a puppet inside Lyric. It was really confusing but then again it wanted Tomas to kill Lyric then sacrifice himself to the blood pool, so we just kinda of ignored it and then Lyric cast a healing spell on it and it exploded leaving behind a whip made from Lyric Flesh and baby deer bone. The whip splatter blood on thing when you failed it about.

We then went back to trying to move column again and managed to break the eastern one, and when that bad boy crumbled the blood pool formed again and began spazzing out, getting bigger and smaller then bigger and smaller, until it began to spit out these crawling fleshy strips of Lyric. They just kept coming hundred of them as blood squirted up from the pool, we tried stopping them with fire and shooting them with arrows but nothing was stopping them. Then some of them began coming to together and were trying to form into Lyric. Only Lyric’s healing spells seem to destroy them, mine just seemed to nit them together.

We were gonna just run away but then as we saw more and more of the Lyric flesh strips pouring from the blood pool and then an almost completely formed Lyric crawling out of it and as the Lyric Flesh Strips (LFS) got to the darken trees they began wild shaping into bunnies and badgers and other small creatures. We decided maybe we should stop this somehow, especially since they were calling Lyric the source. So Lyric flashed her Aelcess tattoo at them and they backed away, so forming a tight cluster around Lyric we moved back to the blood pool where Lyric began talking to them, seems they just wanted to return to Lyric because they were in pain. So Lyric agreed and they all rushed up to her and were absorbed back into her body. I am not sure where she put them all but at least now they were gone and we decided to head back to town.

On the way back we came across one of the many wells on the island. It was covered with an Iron Lid and when Karash removed it a black fiery tornado erupted out from it. We quickly put the lid back on finished the journey to Ruined Oak.