I heard talk about a temple corrupted by a demon out in the jungle to the south, so I gathered a few of the adventures in town and head in search of this temple knowing in my heart that it must be the lost temple of Jamb.

One night while we were resting we were visited by a strange old man who claims to live in the swamp, after a little bit of bribery we got him to talk about the temple. He claimed that the demon lizards were sending envoys to everyone in the swamp with a gift of a dagger made of lizard bones. The envoys claimed to be from a Lord Sexy Neck, I knew this must be the demon who had corrupted the temple of Lord Jamb so I woke the party and rushed off.

As we entered the temple we discovered that it is in fact the lost temple of Lord Jamb, there were shrines to doors all throughout the temple all clearly designed to test the pilgrims who came to pay homage to Lord Jamb.

As we went deeper into the temple we ran into a large group of crazed Lizards clearly corrupted by the demon’s influence, we tried to simply knock them out to later cleanse them but the lizards began to kill each other. In the end we only managed to save two of them, as we waited for them to wake up we searched the temple.

In our search we found an evil statue to the demon who corrupted this holy Temple of Lord Jamb, Rig attempted to break this statue causing a trigger to trip and opening a false wall nearby containing some treasure. Nearby the statue there was a basin of unholy water I’d advise against attempting to use this stuff. In a bedroom near the center there was a hidden trap door that lead to what was clearly the trash room, I told the party to ignore this area but they insisted on searching the trash. When they disturbed the garbage it awoke the trash monster which stole the weapons of the group and nearly killed them before I saved them. In the final area of our search we found a hatch with golden chains that broke as we got to it, the party still weak we went to go check on the lizards we saved.

After I cleansed the lizard to return him to Lord Jamb’s light he told us that they were keeping a demon locked down in the hatch with the golden chains. When we told him the chains broke he panicked and rushed to start a ritual to restore the seal, this ritual cause them to kill themselves on top of the hatch. They claimed this seal would only last a little while so we should rush to come back and finish the fight.

The other lizard we saved I was unable to cleanse them of the demon’s corruption as they escaped our bonds before we could return, be careful next time you arrive as they might still be around.

For the next group please restore this holy temple to Lord Jambs light. 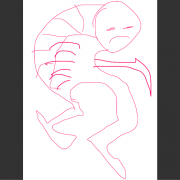 Indr and the Fear Machine

So long without you
1 reply

Want to join the discussion?
Feel free to contribute!

This site uses cookies. By continuing to browse the site, you are agreeing to our use of cookies.

We may request cookies to be set on your device. We use cookies to let us know when you visit our websites, how you interact with us, to enrich your user experience, and to customize your relationship with our website.

Click on the different category headings to find out more. You can also change some of your preferences. Note that blocking some types of cookies may impact your experience on our websites and the services we are able to offer.

These cookies are strictly necessary to provide you with services available through our website and to use some of its features.

Because these cookies are strictly necessary to deliver the website, you cannot refuse them without impacting how our site functions. You can block or delete them by changing your browser settings and force blocking all cookies on this website.

These cookies collect information that is used either in aggregate form to help us understand how our website is being used or how effective our marketing campaigns are, or to help us customize our website and application for you in order to enhance your experience.

If you do not want that we track your visist to our site you can disable tracking in your browser here:

We also use different external services like Google Webfonts, Google Maps and external Video providers. Since these providers may collect personal data like your IP address we allow you to block them here. Please be aware that this might heavily reduce the functionality and appearance of our site. Changes will take effect once you reload the page.