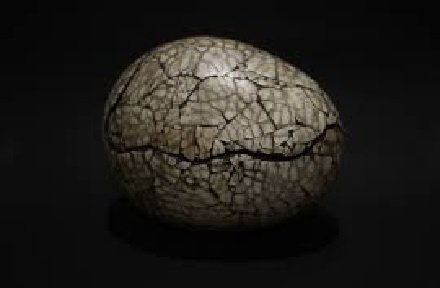 Mission: Priest of Jamb and Masticores

The team gathered at the Axe-N-Thistle to set out to speak to Ezekiel, Priest of Jamb. I had my own personal reasons to find out what he might now about the door in Claimston Mines. The others I am sure had their reasons. We left and made good time but a bit north of Spider’s Reach outpost we spotted a mixture of track. MeSlash determined that the tracks that hardened the mud were from a magma mephit. We choose to move forward to the outpost and spend the night there.

We had two options in the morning. We could go to Ezekiel’s farm or to the nest of the masticores. We voted and decided to handle the masticores before going to Ezekiel. According to Sneks he wanted their eggs anyway. We found the nest abandoned with tracks to a cave with cultists robes by the front. We moved in with caution and a battle quickly began. We slayed both masticores with only some slight trouble and found four eggs. We took what we found and headed towards the farm. 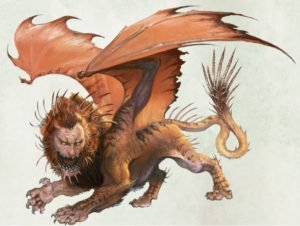 We arrived at the farm and we told Ezekiel about the masticores and he quickly asked about the eggs. The party decided before arriving that lying to the gnome is not the best idea and we handed him the eggs and he traded with us a chest of treasure. It was fully of silver, gold and some other items. I then asked him about his knowledge of doors in the area specifically the door in Claimston Mines and if he knew the story of why the hundred dwarves died to shut that door. He told me he would look into it. We also asked about the magma mephit and he said he was aware that those tracks were there but he did not have time to investigate this yet. We left heading back to the outpost. On our way back south of the outpost we spotted a hot spring that was not there before. We had too much on us to feel safe about checking it out tho. 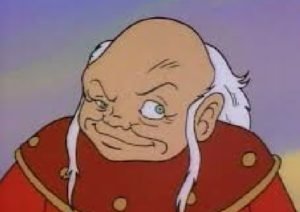 We were making out way back from the outpost and were surprised by some cultists and a giant scorpion. We were in danger the whole fight as we had party members down for most of the fight. My healing was tested as was the actions of my party members. We took down the scorpion and the all the cultists with no life lost. I was relived to not lose anyone considering that seems common on this island. The cultists had a note written in a language we couldn’t read. I took this note to the Axe-N-Thistle upon our return to see if anyone could read it. Me and Birk met an Drow named Quil who told us the language was Infernal as she red the note aloud.

“That gnome has meddled in our plans for the last time.  Take care of his newest lackies and if you can find out information by bringing some back alive if you can.  If not, take your life and burn this letter.”

Birk and I concluded they had to have seen us leave Ezekiel’s and that the gnome is hindering the plans on the cultists. Maybe something to ask him about in the future as well. 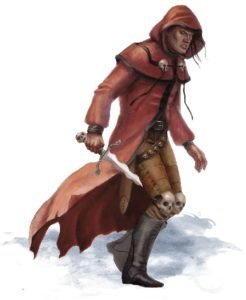