We heard a wild tale about a man getting approached by wild kobolds to the south. They ambushed him from the bushes and asked him about basic questions about where this island was and what the island’s name was. Nothing was stolen in particular, but it was disturbing to him. We decided to investigate the matter, and it reminded Snipper of an incident in the mines recently, which also rung a bell in my mind.

We encountered a man who offered to trade some roasted meat for a few copper pieces. The meat came from a rat, frog, and squirrel. I decided to pass. The man had seen a kobold with a lot of equipment wearing a bandana and dirt markings under his eyes. Reminded us of the special kobold task force for the kobold high king Darliserius Macamoondi. Snipper informed the others (Zak, Vahn, and Bill) of the encounter we had with them in the mines. He said the ones we had met was probably the 202nd division. I didn’t care for Snipper very much due to his… unstable nature, he was good at collaborating with others.

We saw vultures in the sky, circling around something, and hairless dogs running away. The ground trembled somewhat as well. Vahn and Oogway tried hunting for game as night approached but found nothing. Felt a tremor in the earth, but it passed soon enough.

Snipper woke us up about more rumblings. Zak tried to unearth some soil, but the ground suddenly erupted out of the earth, revealing a creature resembling a shark. It mauled Zak gravely. Zak went down once, but Bill brought him back with a goodberry. I shot an excellent guiding bolt that ripped apart part of its thick scales! Oogway managed to stab it through the eye, making it collapse. Opening up its stomach, its contents included copper coins and small pieces of art that looked like they could be sold.

Zak and Vahn found a body in the night with a book titled “Oliver Young the Scioptic’s Luminous Folio of Unequlled Summoning.” Its author was “Tsaran Locitum Tsaran xaquin.” Zak mentioned Snipper saying how there were cultists worshipping a figure named “Tsaran,” so it was possible that the body was that of a cultist. It seems Tsaran is not so much a god as he is a powerful being.

We saw stone structure with Dwarven writing on it about a harvest of some sort. Had drawings of grains. Bill told us it was likely a granary in the past. Later, we saw a box that was part of a pit trap that Snapper suggested was possibly the work of the kobolds. Vahn trigged the trap with a mage hand, alerting two kobolds that had met us in the mines. They recognized us. Zak requested forming an alliance with White Moon Cove and the kobolds, and they took us to Camp Area 3. We weren’t dealing with the average kobolds. They were highly organized in their structure and camp site.

Apparently the kobolds had come from the east of the Dale Lands. A wizard had set up camp near their territory, and while performing reconnaissance, they had been spirited away to Sleeper Island. The kobolds seeked to return to their king. Candlekeep was south of where they lived, but if they got a boat to Candlekeep, they could return to their home. Zak suggested negotiating with the mayor of White Moon Cove, Mayor Barro Godwyn. The kobolds needed two days to gather their things and arrive at the coast to wait for the boat. Zak told them not to interrogate commoners anymore, and the kobolds agreed. We stayed at their camp for the night. I tried playing a duet with Vahn, me with my viol and Vahn with his flute. I played him a tune for a song about a ship delivering rum across the sea. Vahn picked it quickly and enhanced the performance. It was an excellent show indeed.

The next day, we smelt a rotting stench in the air. It was a dead body near a cave. The body seemed to be gnawed on by a beast. Snipper sent Snapper into the cave but lost connection with him. We entered the cave in the hopes of finding the owl. We encountered 4 carrion crawlers. One of them was holding a small owl. Their tentacles were poisonous and paralyzed Oogway and Zak. Vahn provided another dose of faerie fire, Snipper fired a few magic missiles, Bill attacked with his enchanted blade, and I managed to hit another guiding bolt. Personally, I tend to avoid using it unless I know for sure I can hit the enemy, so Vahn’s guiding bolt was a true blessing~. 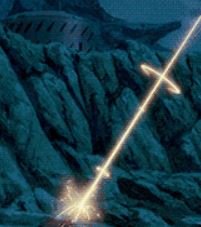 Zak killed the final one with an expert swinging motion with his sword. Zak found the bodies of previous adventurers and looted some money. Though I felt some guilt at taking the money from the dead, the money was necessary for all of us. I managed to harvest one tentacle from the bodies of the carrion crawler that I could sell. I then buried the bodies of the dead adventurers. They deserved that much at least.

Oogway and I found some game for the night. During my watch, I felt nauseous and tingling on the hairs on the back of my neck. However, it passed. I later woke up to a horrid stench as a body was smoldering over the camp fire! Bill performed prestigidation. Oogway mentioned that he and Snipper had found the body of a half-elf young man. Oogway had suggested burning the body, which Snapper had interpreted as burning the body on the camp fire. I stand by my statement regarding his rather insane mentality.

We met with monks of the Order of the Green Grass, which was close to the White Moon Cove. They are known for growing the body and mind along with nature. They were missing a monk named Brother Zil iam. He was loved by his peers and the children greatly. We feared that the body was Zil iam’s, but we made no mention of it… They mentioned that they buried their dead, which exacerbated the possible deed.

I sincerely hope the body was not the monk’s, but alas, there is no way to know for sure now…