Of Desperate Dryads and Cowardly Blights 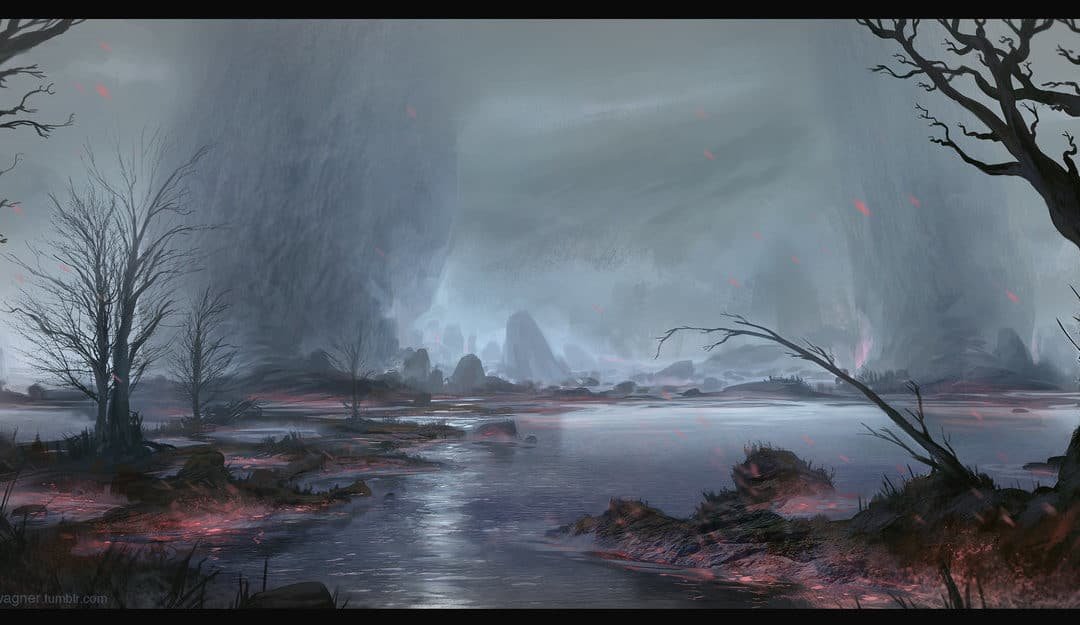 We set out in an exploration mission due North West, using the newly hacked portal of Port Mirandia with the FOT coordinates. We met our Portal Researching friend Duri’Manon and after being told of the giant ant-lions surrounding the portal park/coliseum/temple, we decided to head West due to the Forest of Thorns to help the Dryads with their Blight issue. The first day of march there was uneventful. Until… a group of constructs attacked us. The medium ones appeared to have a shield in each hand and were hasted, while the large ones shot lightning as they approached us. We did short work of them while Chemist’s platoon basically pin-cushioned with their arrows. Among their components were several valuable gems that we pocketed quickly. We rested nearby for the night there. In the morning we came across an elephant graveyard. We lifted like 50 pounds of Ivory. We set up for the Forest of Thorns then.

Upon arriving at the forest and making camp, Oogway and myself went to gather food and water. We met one of the Dryads which inquired if we were here to help with the Blight. We replied affirmatively, and she regaled us with food and water then pointed us in the direction of the source of the Blight. We then returned to the camp and shared the gifted bounty and turned up to sleep and do our watches. During said night, we noticed how the forest seemed to sprout fully grown trees around us within moments. From one of those trees, a book with a detailed map of the area was found, encompassing the whole forest and most of the fields around it. After the night, we headed into the heart of the blight.

As we approached the epicenter of the malady within the forest, the health of it seemed to literally crumble before our eyes. A noxious cloud soon appeared over our heads and it seemed to be growing. Then we were met with the most beautiful Dryad I’ve ever seen, and that’s saying something. She approached us and appraised us of the situation in broken Common, noting that a creature by the name of Yaba Abba was behind it all and his influence was expanding. Afterwards we set on our path to what looked more like a swamp than a forest.

Upon arriving before some kind of stone structure, and witnessing some unholy ritual our hosts took notice of ourselves and instantly began to summon humanoid shaped Blights and swarms of flesh-eating flies to harass and hamper our advance. The way toward the structure was cut by a lake of literal poison. We seemed to be fighting corrupted Dryads, a couple of mages, and what I believe to be called Blight-Lords, while Yaba Abba watched how we decimated his forces. Chemist Hasted me and boy, that spell was amazing. His friendly squad pin-cushioning everything which popped literally from the earth around us. Eddings had turned his flying peryton mount into Kitty, a fucking rhinoceros. Which he promptly turned invisible along with himself (I don’t know why – anyone could notice it’s footfalls). Red blessed our efforts while unleashing devastating eldritch blasts and firebolts – every thing they struck removing a limb from the target. Oogway mostly seemed to move ahead and make everything his presence disturbed attack him – better him than the casters I suppose. While I soaked up Cloudkills, Fireballs and massive Black Tentacles. Better me than the others I guess. You should’ve seen their faced when I swam their poisonous pool at a hasted and expeditious retreat phase to bash their heads in with Oogway close behind me. Finally after we inexorably made our way up to the temple, our hosts retreated into it, and dropped a stone on it’s entryway. Must’ve weighted like three tones.

Already we could see the influence of the blight diminishing in the poisonous cloud overhead as we had interrupted their ritual ministration. We headed back toward the spot where the Common-speaking Dryad was and informed her of our failure in finishing their foe off. She seemed in awe at our survival while thanking us for our effort and with her guidance we made our way out of the forest at a magically brisk phase – almost a day’s worth of travel in a few hours. Meanwhile the journey back to Port Mirandia and through the portal to Ruined Oak was uneventful. We’ve bought our potential allies in the Forest of Thorns more time.