Of Lost Cities and Lies 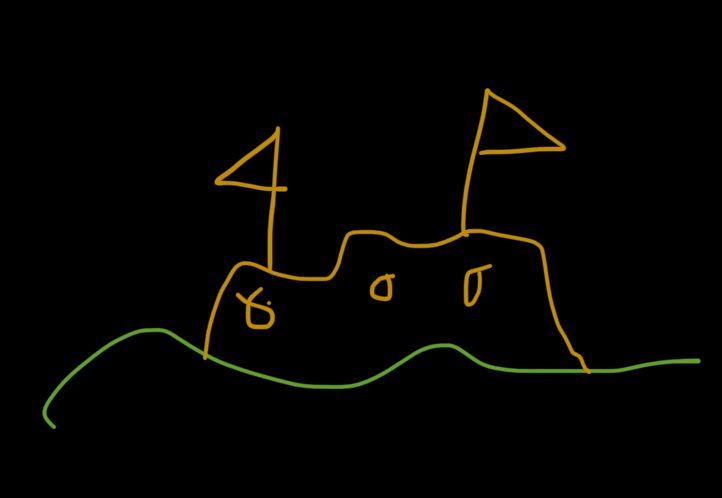 We headed through the portal, only to realize that the Yuan-ti had set up around it, and they asked what our business was. We said that we were there to help their people with the “problem” that they were experiencing, but the soldier woman didn’t seem to believe us, demanding that we pass our weapons through the tiny exit. Eight then passed himself through the exit, on the pretense that he himself was the weapon. The rest of the party did some Rope Trick shenanigans while I passed my weapon through, going through the hole.

An Encounter With A... Friend

We were escorted through a thoroughly renovated temple complex – over the past few months, the Mhair had apparently been fixing up the GQE temple, as they had apparently “secured” the lands – presumably the entire northern peninsula. What that means for the Lapendi, I do not know.

He then went on to make some cryptic remarks about how the Mhair felt that our borders were getting too close – concerning.

Lastly, he informed that some “rebels of short stature” (no doubt Griters and Twee) had used the portal, and the trap that we had been caught up in was designed to catch them, not us. Which is amusing, seeing as Griters was with us.

A City, Lost to Time

Moaztlu then showed us a few old maps – some, we had seen before, and told us tales of an ancient city by the name of Zelmada.

This Zelmada was apparently a Tabaxi settlement of extremely advanced magic, drowned by the exodus of the cat people.

These tales brought to mind the troubling last words that Netsoashu the Necromantrix had for Moaztlu: “Come find me in Zelmada, and I will teach you to fear the dark again.”

The Road to El Dora–Ahem–Zelmada, pt. 1

We decided that obviously the best course of action was to find this ancient drowned city, lost for who knows how long. On the trip, I managed to learn a bit about what Moaztlu knows about the Tabaxi. Whether or not any of this is factual is up for debate – history as presented by the victors is often skewed.

The Road to El Dora–Ahem–Zelmada, pt. 2

Griters informed me of the information that he had gathered at a Rehope library surrounding these events.

• Pazúrovy Teror was the leader of the first tribe to be ensnared by the Yuan-Ti. His people were the perpetraitors of “The Great Tabaxi Massacre”.

• Their people slaughtered the Lapendi’s ancestors (Lapongo) down to 1/20 of their population.

• The rest of the Lapendi were spared but each year they had to give up a maiden to the Mhair.

• In further research of our own logs we have found that the Lapendi are still tied to this treaty and that the current Sal is a Lapendi Maiden that went through ascension.

• Parêzvanê Nijadê was leader of another tribe. He was benevolent and his ideology was that the tabaxi were important.

• He made great strides to protect the tabaxi from the ensnarement of the Yuan-Ti. He was big into building settlements/ towns/ and organizing.

• During the great decline, he took the remnants of his clan and fled the island itself. The destination is unknown.

On the third day of travel, we found a valley filled with a flat, motionless swamp, with the ground somehow painstakingly – or magically – raised above the water to form the massive ruins of an ancient city. Perhaps not the size of Waterdeep or Shashotep, but rivaling the size of Ruined Oak. There was a thick, foul-smelling miasma that twisted the colors of natural light filtering through.

After a moment of marvel, we descended into the city. It looked that the water probably hadn’t receded, but the lake that this city had existed on had turned to a bog – as if some sort of natural spring supplying the city had been cut off. I’ve heard rumors of an ancient catacylsm that changed the topography of Katashaka radically. Perhaps that was when this miasmification occurred?

It looked as if something massive had been dragged through the city, toppling a couple of small walls, resting there for a time, then disappearing. Oddly, there was a variety of humanoid and non-humanoid footprints, including booted footprints. Faenoa discovered some shards of some sort of wood – hard as iron, as if someone had grown something from wood then transformed it to iron. She then tripped over a desiccated tentacle as big around as her, and with that, we realized that this must be the crash site of an illithid nautiloid. We had a few strange flashes of memory… as if we’d been here before. Perhaps before we woke up on the nautiloid with Lysing? Perhaps the ship was repaired, then went on to be the one we woke up on?

My train of thought was interrupted by Bardy informing us that quadrupedal creatures were circling us. Faenoa then began to attempt to converse with them, but a hoarse female voice informed us that she was there to “give blood, keep the faith.”

The female voice seemed to be able to speak many languages roughly, returning Faenoa’s Sylvan and Undercommon with passing proficiency. When Faenoa asked “whose blood, and to whom” she replied “probably yours” and “to the glory of Schtheraqpasstt”.

As we stepped forward, the creature revealed herself to be Netsoashu, telling us that Schtheraqpasstt was the one true god. Netsoashu preached at us, halfheartedly offering us salvation, when something entirely predictable happened.

Moaztlu, our friend promptly attempted to stab Faenoa, claiming that he had brought us to Netsoashu as an offering. Lovely. Entiiiirely unexpected. Not at all predictable.

It was us and the Mhair troops against Netsoashu and her gruesome minions – Khenra that had been experimented on until they were quadrupedal, canine creatures that were nearly beyond recognition. In fact, it was only my prolonged exposure to the Khenra that tipped me off.

It appeared as if we had finally discovered what had happened to those Khenra’n merchants.

The fight was long, and while we managed to kill the minions and Moaztlu, Netsoashu managed to Dimension Door away, for us to kill on a later date. I burned the bodies of a few of the corrupted Khenra as a measure of respect – the best I could do.

In the night, we saw something in the city dismantle the funeral pyre I had constructed, seemingly not liking the flames. We also heard the wingbeats of something massive, but could not determine the origin.

Thankfully, our 8-day trek home was uneventful, despite the fact that we skipped the portal due to a desire to hide portal technology from the Mhair.