Of Power Shards and Planar Shards 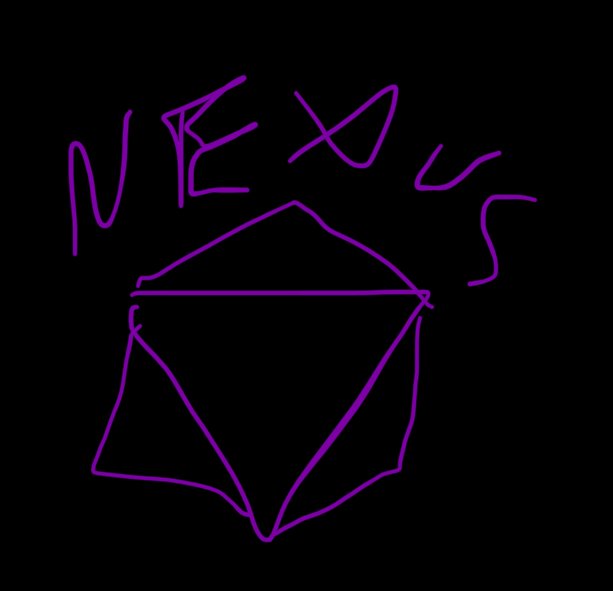 Note: This is a truthful explanation of the events documented in my other log, “Of Sand and Speed.” The following account is not public information, and will stay on my person unless extenuating circumstances occur. This account will not be published as a log in any of the taverns or inns.

Its architecture proved to be foreign – not of Khenran make. We stepped up, and Chemist’s Shard spoke up. Apparently this place is maybe the temple for the Shards, maybe not? If we were to seek the altar, we were to “traverse below” the temple.

We stepped up further, and found that the inside of the temple contained some sort of huge multicolored swirling gemstone, 15×40, chained up to four pillars. It was tall enough to stretch to the second floor, and stretch down into the hole beneath. Valorean felt strong evil within the gemstone. The braziers were powered by normal means – which suggests upkeep. The temple, though beautiful, appeared to be abandoned. There were scratch marks in the stone that suggested that there used to be something there. There were circles and arcs inlaid in gold on the floor and walls. Eddings discovered a few panels. Chemist pushed on one, and it pushed back out and opened to reveal a hidden room full of gemstones, levers, and crystals.

I read some of the writing on it:

Unmarked Containment location S-L-5 of Council Unit 4
To Enable Destruction: The Western and Eastern Key must be entered.
To Release Containment: The North Western and North Eastern Sequence be entered, Red, Red, Left Right, Up Down, Blue Blue
To Open the Maintenance Hatch: the south eastern panel must be lifted up. This will lead to the domain of the faceless god
To Close the Shutters: The South Western panel must be lifted down
Raising and Lowering Containment Altitude: On the Western Panel adjust the Orange Crystal to change altitude
Button Markings: Arm Red Key, Arm Blue Key, Up, Down,  Arm Orange Key, Left Key, Right Key

We opened and closed the shutters, then opened the Maintenance Hatch and descended. We descended for hours, passing uninteresting maintenance rooms on the way down. At the bottom, an entire hex down, we found a door that Chemist recognized from his time in the Underdark. It was barred from this side, and we opened the door. We appeared to be in a cavern system with a river… perhaps the Underdark.

Valorean’s griffon ferried us across the river, and we were attacked by a horrifying, 20-foot tall Nightwalker, which we began to fight, but Chemist casually enslaved before we could kill it. We slept in the Mansion with our new Nightwalker friend.

In the morning, we exited the Mansion and headed deeper, exploring a wonderfully large corridor with a river running through. The corridor opened up into a wide cavern and lake, in the middle of which was a black stone temple. Around the temple was a community of Kuo-toa going about their lives.

The Kuo-toa chieftain Shooglop approached, and explained that Chemist was to go in and partake in trials in the temple. They explained that this was a tradition – sending their strongest in – to purge the weak, and if someone cleared the trials, their madness would be cured.

We agreed to undergo the trials, and we stepped into the temple. It was full of strange shapes, alien geometry, strange, almost illithid design. Aboleth symbology, whispers of the Far Realm. As we pushed through, we came into a room lit by magic – a waiting room of sorts. Inside was a strange figure wrapped in a piece of cloth with glowing eyes, staring into us.

The cloth introduced themself as Wooosh, and told us that they were our guide. They said that if Chemist wished to embrace the Faceless God, he was to proceed through eight rooms and reach the Nexus.

We stepped into a large room with symbols on the floor, and promptly fell towards the ceiling. Tuwidin’s horse went splat, but the rest of us made it to the floor safely with the help of Eddings’ feather fall. We found many, many Kuo-toa skeletons, and the crater of some very large creature’s landing, that appeared to have walked away.

In the next room, the ceiling appeared to be made out of water. We jumped up and upon touching the water, were able to swim up into the water. The chamber was filled with glowing crystals, and we found a door on the… roof? Ocean floor?

We swam around for a bit, and when the pressure and temperature began to get to us, Valorean decided to turn back and fuck around for a while while we faced off against sharks. However, as we moved forward, we were attacked by a massive, tentacled abomination. Instead of fighting it, we forced our way through lightning storms to the portal it was guarding. Valorean’s cowardice nearly cost Tuwidin his life – I’m still not entirely sure how Tuwidin made it out.

On the other side of the portal was an ancient submerged temple to some sort of desert god. The architecture was reminiscent of Khenran architecture, but not quite. Inspiration was taken from the Khenra by the constructors, or vice versa. Behind us was a massive stone slab, and before us was a colossal statue of some sort of Khenra deity. The ground had a massive beetle carved into it, and pots adorned the walls. Magical energy flowed through the vicinity, and when we stepped outside of the pillars, our spells were dispelled. This was a bit problematic due to one of those spells being Water Breathing, but we resolved that issue.

I approached the statue and read the inscription upon it.

The great Khafra, killer of the evils, knowledge of his name
Him is the strong, bringing us safety, holder of great power
God amongst Khenra, fighting of royal, the holy
First of his kind, destroyer of [unreadable]
Commands great armies, large worshippers, vast servants
Trips essence disloyal servants
Loved by all
Beyond the priests remain to side
Arcane destroyed every cycle

We moved into the room behind the statue, and found a large door with the following things on it.

We did a picture puzzle on the floor and moved into the next room. The next room featured some sarcophagi surrounded with necromancy, conjuration, and evocation on the left and right. The main sarcophagi had conjuration magic on it. There was also a box with a dog on the cover of it. Finally, there was a box of tablets. They appeared to house incantations that would release spells. Four were whole, two were broken and nonmagical, and a scuffed one had latent magical energies. Conjuration, evocation, necromancy, abjuration, broken, broken, scuffed. We all hopped inside the main sarcophagus of [Redacted], Master of Alteration school, who had received True Death, moving onto the next room. We avoided the tombs of Traitor Onuea and Traitor Euamu.

The next room was a space in between, a ruined castle floating in a sea of nothingness. It featured a giant skeleton, and some pillars that were magically holding the place together. We searched and looted the place, and found a fella named Boooom that looked like Wooosh. They said some cryptic stuff about how this was their beginning and it could be our end, but it wasn’t a bad place to rest as long as we didn’t jump into the abyss. Valorean killed a mimic. We chilled in Chemist’s Mansion and slept for a while.

The next room was a beautiful room that flowed with magic. Three large glowing gates stood on a large tiered platform. There were trees in the distance, and in front of each gate was a woman. A large woman with red hair, a gnoll woman with black robes, and a kuo-toa woman with green eyes. They introduced themselves as the Lady of the Red Court, the Lady of the Black Court, and the Lady of the Green Court. They said we could choose one door, and ask the ladies questions. They gave us a riddle, we deliberated for ages, then Eddings just walked through one of the doors into a place of unpleasantries, at the top of a large staircase leading into a world of grays and blacks. A couple shadow dragons and a multitude of shadows attacked us. We dispatched them.

The next room was a strange series of floating islands. Chemist’s Shard said that we were nearing completion, but the strangest trial of them all awaited. Massive creatures flew through the storm, and the islands swirled around a central island featuring a twisted, dead-looking tree. Chemist Teleported us to the tree, and four of said massive creatures flew out of the storm. We managed to avoid the creatures by stepping into the tree and reaching the final room.

The final room was seemingly endless – no walls, no ceiling. There was a large black door, and a large, floating, black octahedron pulsing and crackling with energy, dripping black smoke. Shapes seemed to shift inside the octahedron. Chemist’s Shard spoke up once more, and Chemist stepped forward, declaring that he desired powers to protect his friends. He touched the octahedron. Chemist saw ghostly images of a myriad of places and creatures.

“Chemist Desires… Death at my touch to fight those who oppose the Champion!”

The Elder Shard left Chemist’s body, exchanging energy with the “Nexus,” and the Shard re-entered Chemist’s body. His right talon crackled with dark energy, and gained a strange, blackened green glow that seemed to be there to stay. Chemist formed a sphere of black mist around himself. He (with permission) struck out at Valorean, hitting him with preternatural accuracy.

Eight touched the Nexus, and fell through. I touched it after him, and spent about 18 hours in the Feywild – a bit of the Faceless God’s domain – with a dryad lady named V. After a while, though, I was able to touch the Nexus and return home.