Of vampires, sake, and flying things

Inti was glad to see some returning companions on this quest. After making sure they had all that was needed for the journey, Inti and the party headed to the inn by the forest.

We meet the quest giver, Jirouto, who needed 5lbs of Glittering Grapes, found SE of forest, and Golden Rice, found SW of forest.

The group decided to bunk at the inn for the night and Inti struck a conversation with Jirouto, asking about what why he liked to brew and how long he had lived there.  Apparently, the old man liked to brew sake, a fermented rice drink.

At the door of the inn, a vampire named Sitaris entreated that the party assist him in dispatching a wayword minion, Annabelle.  He gave us a phylactery of blood to be poured on the ground that would compel his former minion to the site of the spilled blood.  He also suggested to be near running water, as Annabelle was weak to water.  Sitaris asked that if we found a ring on the minion, that it be returned to him. After bidding Sitaris farewell, we all rested for the night at the inn. 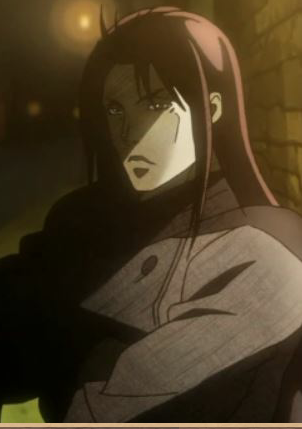 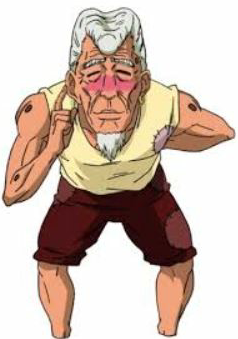 We set off toward the first area of harvest. A griffin was seen but did not apprear to notice us.  All in all a rather uneventful journey as we moved along the road. We finally see animal tracks that could lead to possible rice location in the N-NE. As we continue in the direction we assume will lead to the rice, we see peculiar ship in the field and watched a boar enter through a hole in the side of the ship. While some expresed some concern, the group decided to explore ship.  Unfortunately, the equipment and items were rotted and any precious items were long gone, cleaned out by raiders or looters with time. The one item of possible merit was a letter written in elvish. Shamsiel offered to translate the letter for the group.

We then saw a skeletal apparition that spoke to the group in Elvish.  Shamsiel than interpreted the Wight’s words to us. It asked if we could push the ship.  Shamsiel tried to tell the Wight that the ship was decrepit  and could not be moved further on land.  The Wight appeared enraged and other ghostly skeleton spectors materialized and started to attack us.  The uneven deck of the decaying ship provided us high ground and after a fierce but quick fight, Ou-Kan killed the Wight with a fierce blow.

After we left the cursed ship to continue crumbling with time, night started to fall.  A fire and camp was made and watches assembled.  In the night someone saw a humanoid with light blue skin, red eyes/ glasses, a strange glass container over their head in distance.  Inti went to intercept the stranger to see if they were friend or foe.  The individual turned out to be called Freezeston, and was rather pleasant. He said he had been wandering the island for a while but never mentioned how long… He was offered food but rejected the offer stating he incapable of eating. Inti went back to his watch away from the campfire and its occupants. Though he heard the occasional snippet of conversation between Freezeston and the other watch, “cursed” “necromancer” “family” “revenge”.

Day 3
We parted from Freezeston and moved into the forest to follow the tracks had we seen orginally. We found a dead animal and the grapes.  After inspecting the corpse, we noticed that its cause of death appreared to be by vampire. We decided to collect the grapes first and then lure the vampire minion to us. We planned to have one of us pour the vial and the others to hide nearby to spring a surprise attack. Inti volunteered to pour the vial, while the rest hid. It took a little bit of time, but the minion came to the puddle of blood.  Inti moved away while motioning to push the minion into the water behind him. The vampire summoned a skeleton minion, but it was dispatched quickly. After a good many hits by the beefy ones in the party, Annabelle finally perished. The ring and other gems were found on the corpse. The ring was stored to be returned to Sitaris the rest of the spoils was split between everyone to carry back to the inn. After reaching the inn, we gave the requested products to the brewer monk and the vampire’s items to the inn keeper. When night rolled in Sitaris actually returned to the inn and thanked them for the ring and empty vial. As a show of thanks even he paid for our whole night stay! Inti liked him, perhaps we may meet again…

Day 4
In the morning we started to head back to WMC and saw a Pegasus in the field by the road!  Inti managed to get to pet the beautiful creature! I may never wash this paw…  After feeding some rations and warning about the other flying beasts the pegasus dropped a pouch of 400 CP on the ground by us and after circling the party it flew off.
A carriage passed by on the way into town and asked about the weather and any fiends in the area. We didn’t see anything so we said told we have not seen any. The merchants warned about fiends and to be careful and then went on their way. 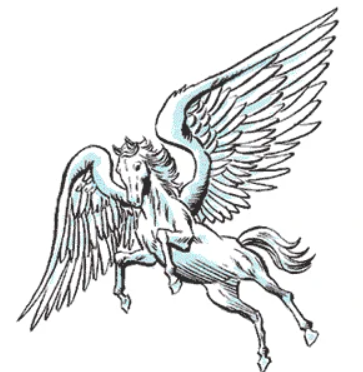