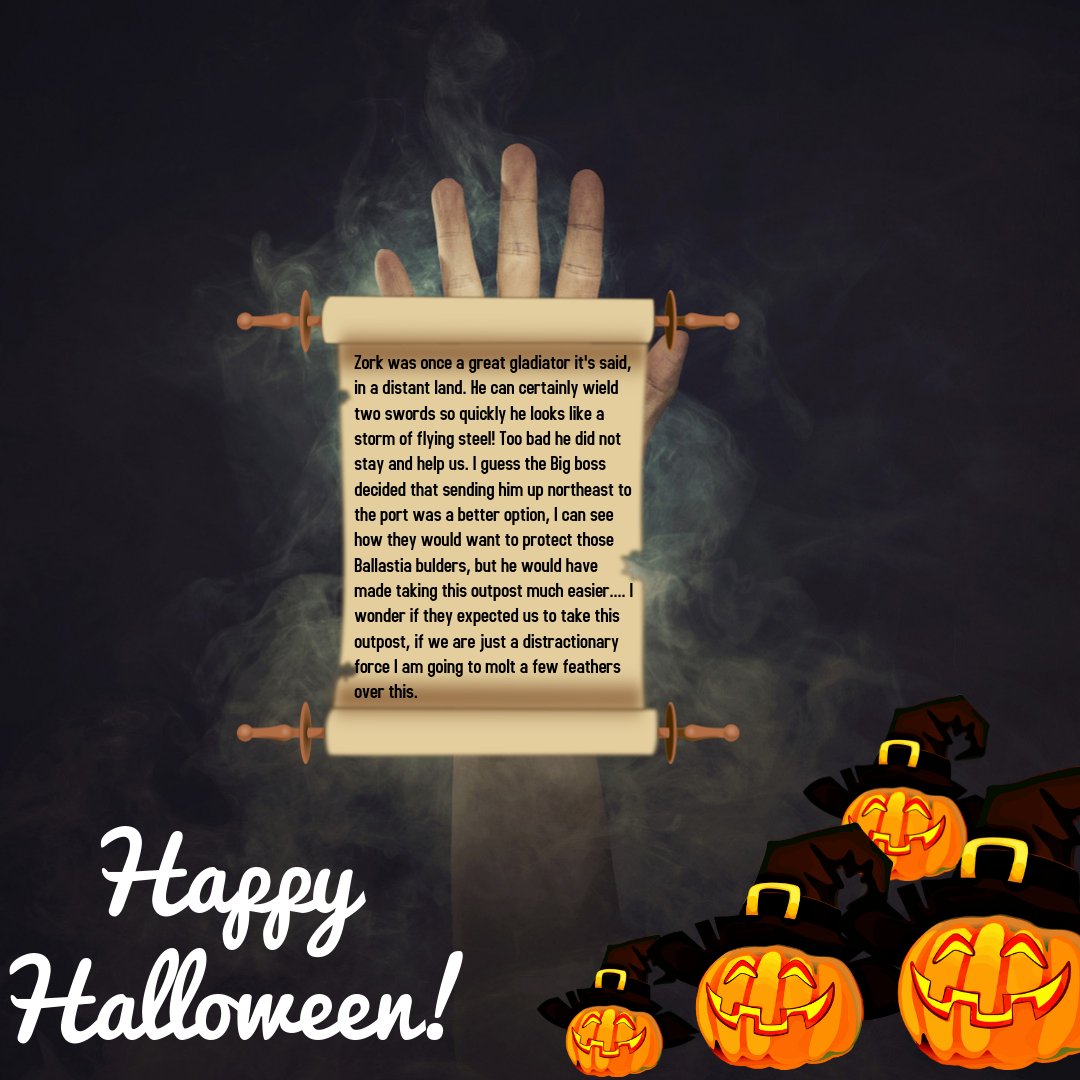 Oh uhhhhhh, hello there. You can call me HC375. Not really my name but its what I’m supposed to tell you to call me. So uh, I had gotten word about an attack on the Outpost by the swamp, spider’s reach I think its called. It involved Kenku and Kobolds and was rumored to happen again so we went down the road.

Along the way we were ambushed by wierd summons and mind controlled cows. They uhhhh didn’t like my icy armor very much and died because of it. We found that there was this one punchy kenku controlling the lot of them so we cut him down. Two of the cows were brought home afterwards. The punchy kenku had a note on em, too, speaking about some guy named uhhhhh Zork or something.

After we stopped by the outpost to check in on them they told us which way the group that attacked them had gone so we followed the tracks into the swamp. We stumbled upon a base of sorts, it had a bunch of kobolds and kenku in it. Yuna and Morran got lost looking for enemies while the rest of us headed into their midst. The Kenku were saying they were white moon cove citizens and to stop hitting them before I ever got close, they fired arrows the whole time.

When I did get close I knocked two of them out and their friends fired at them, keeping them eternally silent. The boss kobold went down fast but the boss kenku tried to flee, we chased him down and he eventually used some poison on himself to remain silent. The uhhhh bodies were brought back for interrogation via speak with dead though…