Plenty of Crocs in the Sea 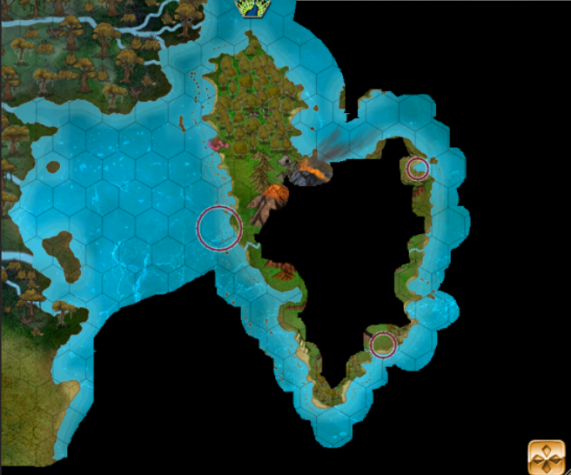 On the progress of the maritime expedition devised with the intent to conduct littoral reconnaissance and subsequent mapping of the islet to the southeast of White Moon Cove colloquially known as Tortle Island; and other encounters.

Prepared on: The First Day of Marpenoth in the Year of our Lord 1495

Setting sail from White Moon Cove with the supremely superstitious Captain Rake ‘Snails’ Cherin at the helm, we set course for the long neglected Tortle Island to “see what we can see” as Snails boisterously relayed to the crew. I have accompanied expeditions for far less as one can never be sure when and where The Inspiration Divine will deign to bless a Seeker with a secret from the holy craftsroom. The weather was splendid and with a westerly wind propelling us towards our destination we made excellent time. A fair bit into the first day onboard, a cry from the lookout called attention to some masked tortles in the Ghostwood Marsh to our starboard. Despite running up the White Moon Cove colors, there was no response, but the disappearance of the creatures and likely related sounds of drumming drifting across the waters. Somewhat unsettled by this, the captain was yet more unnerved just a bit later by a large mass bumping the ship in a hostile manner and disappearing without a trace. This second incident prompted Snails to wring the neck of a chicken and sacrifice the lifeless carcass to the sea. I suspect if he believes it works then there may be some benefit to the otherwise inane act. However, you would not guess it from the results of Gaz’s “fishing” efforts. With some prodding from Caslech, the half-orc opted for spearfishing within the water and was soon beset by a pair of reef sharks. After some comical flailing (during which he hyperextended his knee) he emerged from the water mostly whole and we gained enough of the animal for him to prepare shark fin soup; as Moonsue says, “He who laughs last laughs longest.” If you are wondering, yes, another chicken was sacrificed at this time by the captain despite the seeming lack of good fortune the act was bringing us. When pressed he simply responded he would hate to see what befell us had these offerings not been made. Regardless, the next incident did bring us something of interest if not the true good luck the captain wanted to invoke, for a merchant vessel (flag of a Paw, Talon, and Snake) hailed us and pulled alongside. The gnome introduced himself as Professor Trinklewurtonburg, seller of exotic creatures and an inhabitant of Tortle Island. The captain asked after the possibility of acquiring a parrot, but was informed the last of the species had been sold to an inhabitant of Tortle Island known as Scar. Disheartened by the news, Snails looked ready to find and fight the as yet unmet Scar for the right to the colorfully plummaged creature. Besides some other small creatures of little interest to the party, Caslech did purchase a rhino lizard for Tramenor to distract the tortured firbolg from the continual sacrifice of chickens to appease the sea. The night passed without dangerous incident and mercifully we began another day upon the expanse. 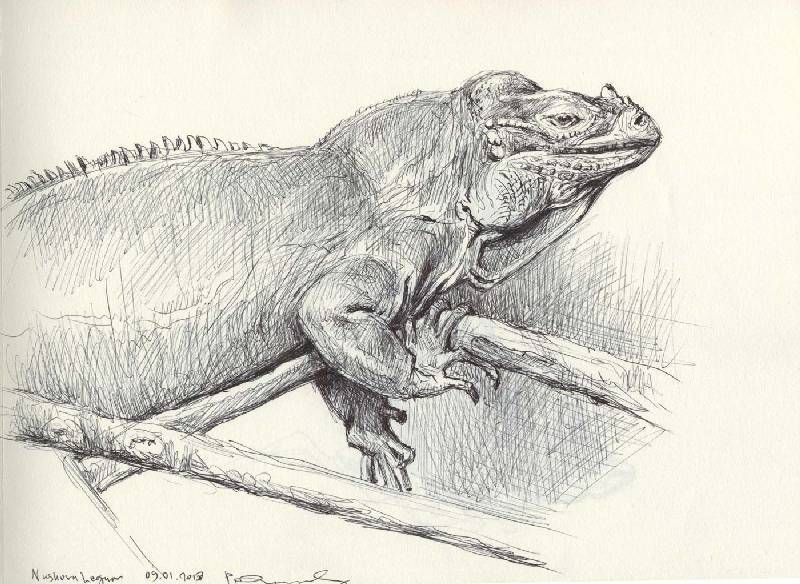 Sailing onward along the southern coast of the isle, my mapmaking assistant Tenfoll’at and I were largely met by a tropical biome that despite abundant animal life did not yield up anything in the way of sentience. Soon a red glow grew larger and larger as we neared an impressively sized volcano. Certainly active, lava flowed down from the peak, but did not reach to the coast leaving me in some doubt whether the island was entirely formed due to volcanic activity in times past or was possibly the result of some other entity. Pulling abreast then past the massive crater, we found and entered a small cove to gain a better perspective for us surveyors. No sooner were we inside than we were beset by a giant octopus, which fortunately we were able to deal with before there was any loss of life. Shortly after this encounter, a massive glass bottle floated up next to the boat. Spying an equally large paper inside the crew was ordered to haul it aboard for closer inspection. Once the paper was freed from the glass confines, Tramenor recognized the scrawl as a Giant tongue which read as follows:

My love for you is like the raging sea,
So powerful and deep it will forever be.
Through storm, wind, and heavy rain,
It will withstand every pain.

Poetry has never spoken to me as to some with more emotional natures, but there is an undeniable beauty when care is taken in the artistic construction of such things. Not seeing an immediate connection of use we continued around the southern tip of the island, directing the bow back northward. Pushing on through the night we spied two long ships with about 10 creatures loading them who paid little attention even when a lantern was waved at them, perhaps it was a smuggling operation of some sort? They were still the only sign of life on the island and even they seemed transient given the longboats, but no ship was spied in the area to which they might be returning. Subsequently, Tramenor and I spied a swampy cove with some large, scaly reptilians and had the crew make anchor until morning when we could discuss possible exploration with the party.

Once even the heaviest of sleepers among us were awake we could ascertain the creatures were giant crocodiles the capture of which we postulated might be of interest to the new reopened menagerie in Ruined Oak. Caslech flew over the creatures, but was unable to pick out any eggs or smaller specimens to take along so after a somewhat heated discussion we headed back to circumnavigating the island. Coasting around the northwestern end we spied the first and only tortle settlement on the whole of Tortle Island. Deeming this a very successful scouting trip, the captain hurried us back to the safety of White Moon Cove. If you can find any information to send me regarding any points of interest such as the volcano formation and entities that form them, smuggling operations in the locale, how to capture Reptiles Of Unusual Size (R.O.U.S’s in the index system if I recall), and any educational literature on beasts and monstrosities of all sorts I will be in your debt.