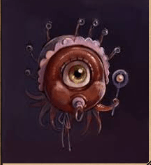 Started out this adventure with setting up a leader, myself, a Scout, Blue and a Trailblazer, Pawe. It was my turn to watch over Iris, the baby beholder that came out of Broc’s body the day prior. I had planned to see if I could find out where she was trying to go to during this time and see if there was time to drop her off prior or after dealing with the objective. We decided to head south to the planes to get some information on the Fire snake task. The first day we made some good progress and got to the outpost by the plains and stayed there for the night.

Upon the second day we headed south of the outpost and Iris was wanting to go west so the party agreed and we headed there. We had come across a small farmers village and came across one building with a massive door on it with people on it. As we approached the farmers fled inside as soon as the saw Iris. Magically a portal had opened up and Ezekiel and his monstrosity companion, Gax. I began to talk to Ezekiel and introduced him to Iris. He gladly took her and she was very excited to meet him. I talked to him in regards to her and brought up helping Broc and his arm about hunting the Fire Snake. Ezekiel began to say if we slayed the snake and helped Broc he would no longer be able to impregnate him with the black icor to get more baby beholders out of him. I told him Brocs health was low and we needed to cure him, when asking him if he knew the location of the snake he mentioned off to the east in the marches along the river bend. We finished off our day by heading towards the marshes and as we entered the area we came across a pack of wild boar that had been slain, upon looking there was fang marks referring to a potential basilisk threat in the area. We made camp just away from this area and prepared for the next days adventure. 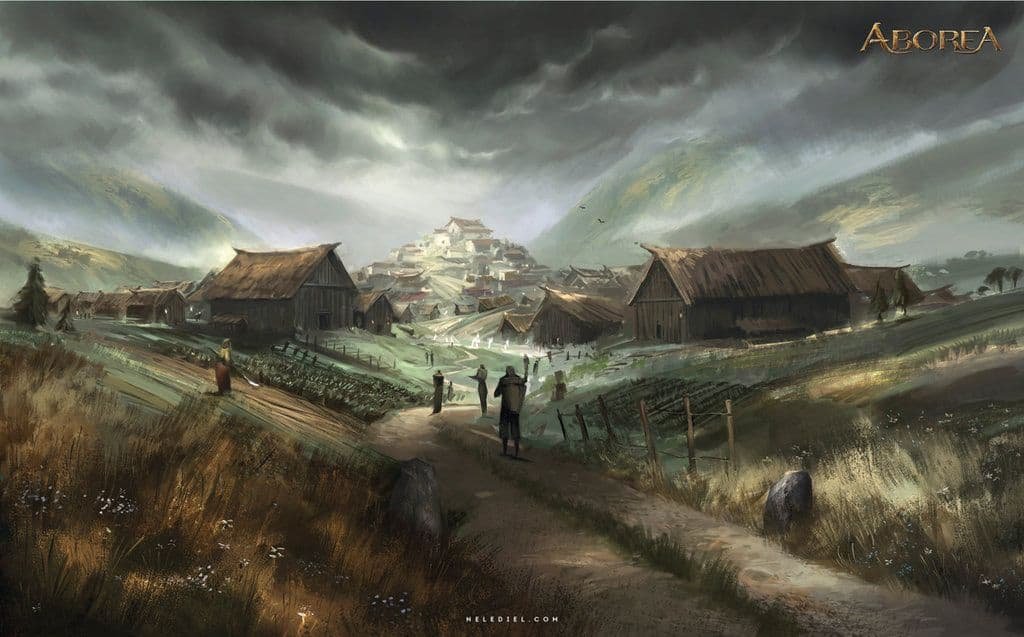 On the 3rd day we headed deeper into the marsh towards the area Ezekiel had referred to.  Upon getting closer to the river we started to see charred mark in the ground, as we moved closer, we began to see steam coming from the ground then we saw it, the massive flaming serpent. This was one tough beast; it had many abilities of shooting different types of fire and pretty much anything we hit it with seemed to absorb the hits with its tough skin. It got to a point where we had three party members fall with one of them being IronAle who was wrapped up in the snakes grasp and was dragged where ever it went. With many hits towards it and Sammal throwing several frost attacks at it, which it did not like at all and did some major damage to the beast, we were able to slay it. Upon the snake dying it left a small piece of paper of what seemed to be from a children’s book, same that Jerry had mentioned before. The paper was written in three different languages: primordial, celestial and infernal. The writing talked about the  tale of two snakes and creation of the cosmology. After this deadly battle we decided to head back towards the main road to get back to Broc as soon as possible. We decided to take a much needed rest then headed out.

Everything i better as a pair - Day 4

Upon the fourth day and getting halfway out of the marshes we came across some screams and decided to investigate them. We came across two basilisk’s attacking a defenseless commoner of the land. Before we could get to him the foul creatures slayed the poor man, we decided to finish off the creatures in the poor souls name. The encounter was rather quick as I casted shatter twice on the beasts before they could really do anything and the team finished them off. After this we had to set up camp one more time before leaving this wet place. During our watched we encountered two different things. First we discovered a small alter with a floating flame on it, it had skulls around it and a carving of a grim reaper on it. The alter had a damaged book on it that was barely legible so I left it there. Upon another watch there was a really tall giant that entered our camp area looking for food, luckily IronAle spoke his tongue to discover this out had a small chat with him and offered some rations to him and he left peacefully.

Some elvish magic to heal a broken sole - Day 5

On the fifth day we were able to head to Broc’s where we met Jerry and Broc and an elf lady by the name Moonflower. We gave the paper from the fire snake to them and the elf lady casted a magical ceremony with the paper and the beholders eye stock we recovered earlier in the week. She took some green magic and smashed it with the eye stock to make a powder and slammed it into Broc’s chest. This reaction with magic caused the curse on his arm to fall off leaving his normal Bugbears arm. Broc was very ecstatic to his arm back and took care of us for the services.

A New discovery for another day - Day 6

After healing his arm we decided to trek up north to look over some tracks we had seen earlier in the day. Upon finding were the tracks led to we found a small cave just a day and a half west of where the watch tower is with feet tracks leading into it, potentially goblin tracks. After this and marking it down we stayed in the tower one last night and headed back to White Moon Cove after another successful  mission and this time no losses!