Shards in the Dark

We found a Shard.

Dunno what that means? Same! Find me and we can be confused together. Or don’t. You could find Saa or Chemist or Scorch or maybe someone else who’s found a Shard (I don’t know them all) and they can maybe explain more to you.

We found the Shard in the big hole sorta south-west of White Moon Cove. Saa had mentioned something about great power fractured and hidden in various spots. One of them was somewhere a monster had erupted through the earth. If you want to know the other places, I think Desdemona wrote it down? Go ask her.

If you want to check out the fissure yourself, good luck. It was collapsing behind us when we were running out of it. Maybe there are other ways in, and parts of it are still standing? I didn’t exactly check while my group and I were running for our lives. But if you do go, and there is a way in, here’s some things you should maybe know:

Was it worth it? I don’t know. I don’t get this whole Shard business. We lost a guy down there, to those spider men bastards. It was exhausting and… Definitely not what I thought I’d find when I came to this island. But the Shards seem to be part of a bigger story, and this is just one piece of it.

Anyways. I’ve included some drawings in this log of the chasm, the spider men, and the Shard. 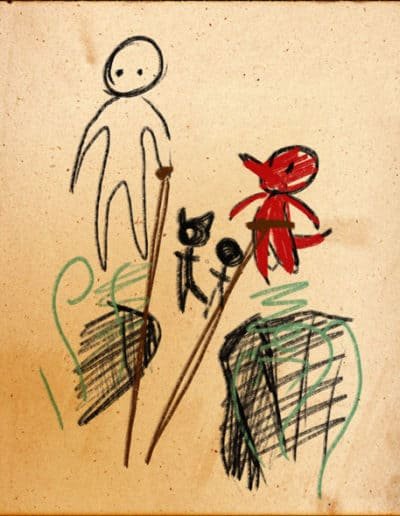 Snek and Rhoshar, flying in the air in the chasm. Lucky we had ropes! 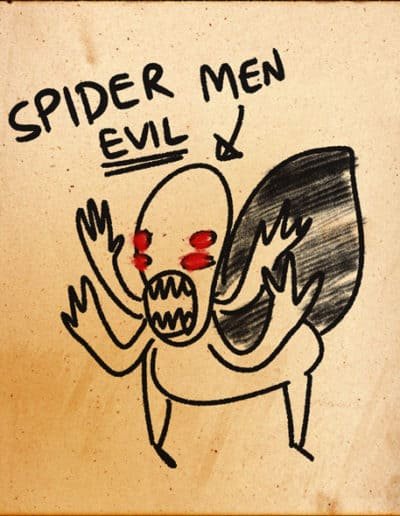 It’s like if you took the ugliest parts of human and spider and combined it, then said it doesn’t look ugly enough, so let’s make it massive. Thanks, Nature. 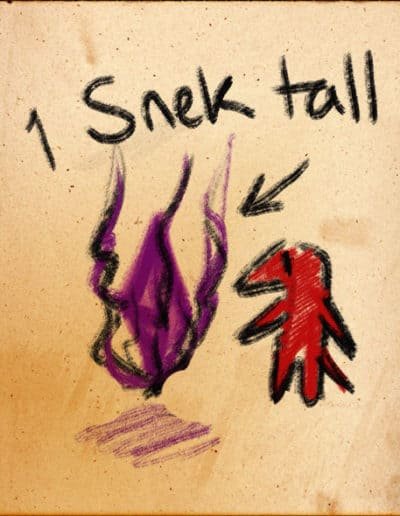 The crystal we found. About 1 Snek tall. If you don’t know how tall Snek is, you should find him.