As the town of Ruined Oak was in sore need of a healer, a group of adventurers was sent out under the patronage of the Divine Manager Sephora (a.k.a. DM Seph.) with orders to find the cave of the bugbear (former human?) called Brock, because he was supposed to know a druid, Lady Moonbeam, and to entice her to come to Ruined Oak to serve as a healer.

As they set out, they noted that the cave they were looking for was located on the border of the storm that has engulfed the whole WMC area, which would mean an area probably infested with enemies. Would they survive these? [After even more advertisements a clear link leading to next page. – and this will go on for the following pages.] 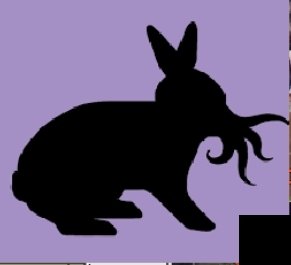 On their way they encountered what they later described as a “rolling ball of death by pseudo-cuteness” chasing a group of three citizens. The creature looked like about half a dozen rabbits joined and melted into one creature, with tentacles. Luckily, it seemed to be quite susceptible to ranged attacks, so that it could be dispatched before it could harm any of them seriously. 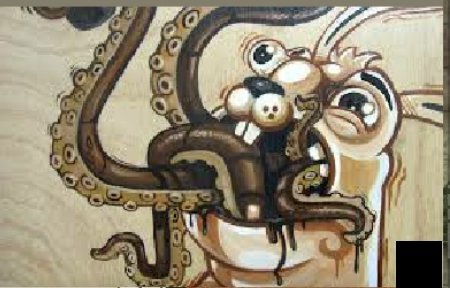 Once it was dispatched, they saw what had caused the fusion of these lagomorphs: they were joined together by red and blue worms that somehow seemed to have taken over their own nervous systems

During the night, one of them noticed a well with Terra-cotta tilings near a cave mouth surrounded by numerous dead animals. Considering how pressing their task was, they decided to leave the well be, leaving it for us to investigate.
The next day, they first met a Brewer who was able to provide them with several Potions of Courage.

The following day, they had to fight off group of about 10 to goblins, out of which there were two archers, who were accompanied by two giant wild boars. These also were quickly dispatched.

On their travels they encountered Jerry Springfoot, who was able to tell them that Lady Moonbeam had been searching for some “celestial scrolls”, which seemed to have unusual properties. They seem to come from a larger book, like a wizard’s tome and have been separated, so that now when someone reads the contents of the page aloud, these pages change into weird and dangerous animals [should the readers of these pages encounter such a page, do not read these out loud!] Upon killing the animals themselves, they are supposed to turn into sparkles, leaving behind only the original page. Jerry described to them where a cave was located where a “lightning spider” spinning metallic webs had made its domicile. So they decided to go spider hunting instead.

The cave was located in the Silent Forest, in an area that seemed to not be disputed by the two spider princesses But before they would reach the cave, they were attacked by a Griffin and two hippogriffs who managed to wound several of them seriously before they could be killed. 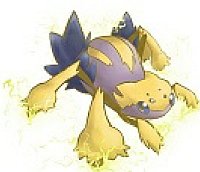 Finally they found the cave and entered it. In there, they first encountered for small spiders, seemingly children of the one they were looking for, who were able to phase into and out of existence. Their poisonous bite initially seemed to have killed Jager, whom they then – having no way to cure poisons – reluctantly left behind at the cave mouth. They managed to kill three of these spider things, while the fourth managed to escape and phase out.

Further down the cave, they found lots of electrical, metallic webbing – and an ominous mound of webbing. Sending out for dancing lights and a loud illusion of a sound, they managed to roust the “mother spider” from its lair, where it had been hiding like a trapdoor spider.

Unfortunately, this spider proved to be a much(!) harder opponent, in the following “pointy discussion” Morran unfortunately died due to the electrical shocks the mother spider sent through its webs. Luckily, Jager, who had only been paralyzed by the spiders’ poison, came to his senses and joined the fray, right at the time when there were only two members of the group still active – including him!

For future reference: while this spider seemed to be susceptible to normal weapon damage, looking back one of the survivors whom our reporter interviewed claimed that he was especially vulnerable to cold damage.

Just as they were catching their breaths after that finally killed the big spider, watching it turn into the page they wanted to correct, the little spider that had escaped the first encounter showed up again, like the lilliputian henchman in a spy novel, killing Jager by entrapping it in some more of that devious webbing.

During the interviews, our reporter was not able to a certain which of the remaining four adventurers was left to finally face off that little spider alone. We therefore unfortunately cannot give a better description of this final fight.

Once this encounter had ended and the poison and paralyzed adventurers had come to again, they managed to collect the scroll and find their way out of the cave. From there, they took a more direct route back to Ruined Oak, encountering some more “larger birds of prey” – probably griffins or hippogriffs again –, managing to hide and run away from them, as they were not feeling up to fighting off another set.

Finally, they made their way back home. [After this short page, there follow even more advertisements than on the other pages]