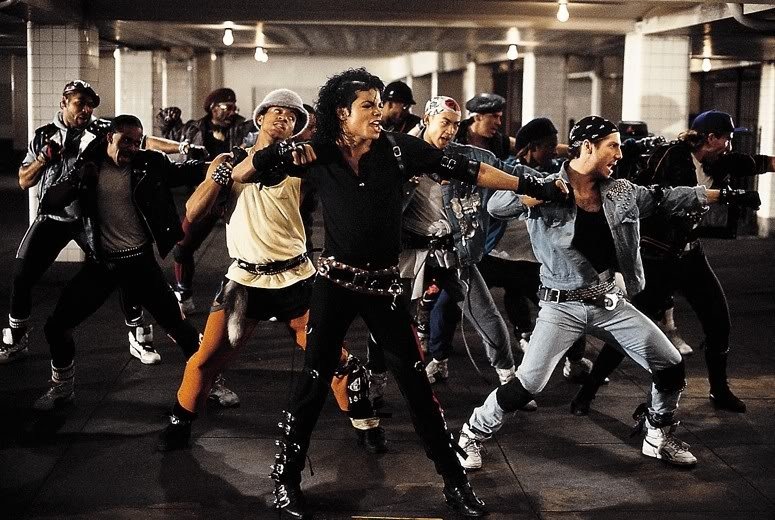 Finding a Treasure for the Shrine

So me and Scitch spoke to Balthier about the Fillion Drayke’s note. He told us “The light of the moon shall reveal the rest.” and we decided to meet by the harbor at night. We held the letter to the moonlight and  discovered it was indeed a map with a red X leading to a treasure.  Balthier was busy when we planned to go but he told us there might be a new guy in town that could help us. 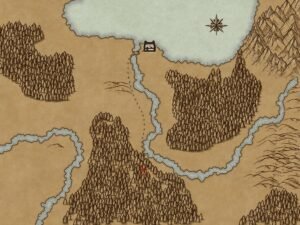 We decided to ask Glanfath and Gau to help us with this since they were also there when we found the map. The fellow Balthier spoke of found us and introduced himself as Decs. I heard rumor of a smart fellow arriving in the harbor and found Jerime Crawford… since me and Scritch are smart but having someone smarter is a good call. As we planned to leave from Port Mirandia to follow the map, Wimblekey the guy runs things in Mirandia approached us hearing rumors of our goal and told us that this treasure maybe an item we need for the completetion of the shrine. Wimbelkey also brought another person to help us. HC375 was just returning to Port Mirandia from a mission but he has some debt to Candlekeep and was going to help us. The 7 of us hit the road and on our way a suspicious half elf approached us with a note. 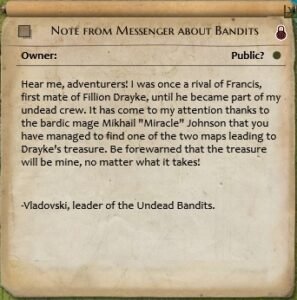 A Toad in the Road

As we moved on Gau overheard a croaking and thought it maybe a frog or toad and asked if we could go see it. When we arrived we saw a giant toad in a giant spider’s web. Gau tried to make friends with the spider, but he seemed to only anger it. 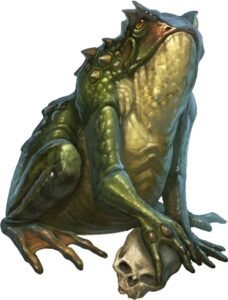 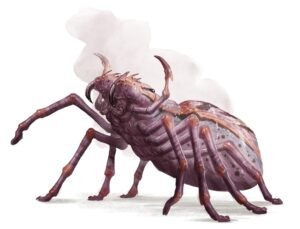 The spider made a shriek and more arachnids joined him.  We quickly decided to attack the spiders and possibly save the toad. One more giant spider, a swarm of spiders, two giant wolf spiders and one of which was huge and scary and spoke sylvan.

She was big and had egg sacs on her back. As we killed off her children she would occasionally pop out another giant wolf spider out of the eggs. We took this creature out but it threatened us with retributionand called herself Ungolient the Mother of Arachnids . Me and HC375 have her mandibles. I enjoy wierd momentos of my kills.  Gau made friends with the toad and we camped in this spot for the night. Gau somehow convinced the toad to help us across the river.

We started through the woods on the other side of the river and in a short time we found a bear eating a body. Gau again using his woodland powers befreinded and spoke to the bear. The bear informed us he found the body by a pillar and that that place has a stench of rot there he usually avoids. 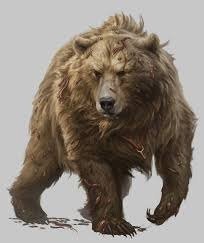 The body had nothing of value, but the bear did lead us to the pillar. On that pillar we found a puzzle and started to work on it. 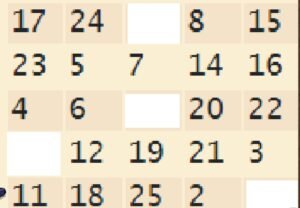 We found out that each row added up to 65 and we started to put the correct numbers in their open slots.

Scritch sratched these numbers in but before it was too late a beam and flash of light  happened and Scritch seemed to get younger. I mean he was already young for a kobold but even younger. Jerime the brains we brought with us realize me and HC375 made a slight error in fourth row and it should have been 10 not 20. So we entered that combination.

Those numbers were correct and the dungeon opened itself up to us to enter. We choose HC375 and Decs to lead us. One for their beef and another for their sharp eyes.

Wanna Be Startin Something

We desended into the dungeon and walked towards a room that opened out. The center had a pedestal and the far wall had a dried up fountian. As we approached teh pedesal the doorway behind us slammed shut and swinging axe blades dropped from the ceiling. We found a note and noticed some oddities in how it was written. 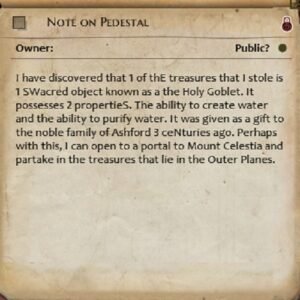 Decs directed us where to stand around the pillar…

We did this and the both doors swung open and the axe blades returned to the cieling. We moved to the next room as Gau started hearing some foot steps behind us. It seems Vladovski and Mikhail “Miracle” Johnson wanted us to do the hard lifting and they come in a take what is ours. They obviously wanted to start something. Thats not really my style nor is is Glanfalth’s and we both took offense to their plan. Mikhail seemed to want to taunt me, but I reminded him of the bolt that was left in his chest last time we saw each other.  The bandits came at us as we turned our attention to them.

The crew Was lead by Miracle, Vladovski, a necromancer and a captian. The had a couple bandits a were wolf and a few zombies with them. Glanfath charged in a squared off with the captian and the werewolf, HC375 quickly closed teh distance as Scritch, Jerime and myself let arrows fly. Decs snuck around the battlefield finding his spots to strike as Gau made some spikes appear and then turned into a wolf. It was a bloddy battle Glanfath was bitten by the lycanthrope but between me and Scritch we shoot down Miracle and Vladovski. The captian and were wolf were cut down by Glanfath and HC375. The rest of the crew fell shortly after and we readied ourselves to move into the next room.

Bones, Beards and a Grail

The next room we saw a skeleton and a devil creature next to a portal. The creature told us if we wanted the treasure we had to go through him. 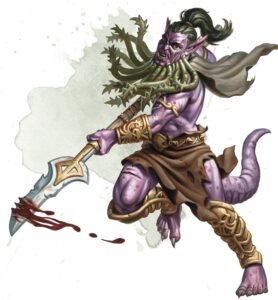 At this point we were not to be denied and we bage to give thei bearded devil the buisness.  Glanfath took his glaive out and sliced the creatures beard straight off. Soon after the devil fell we found a note on the skeleton’s body. 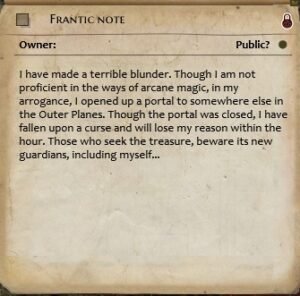 Upon reading the note a ghost appeared and we took up defensive positions. The ghost however told us that we freed him and that he was Fillion Drayke. He let us have the grail for freeing his spirit. Drayke also told us that the grail could help our friends but that would be the last time it could do a miracle such as that for a long time if ever again. 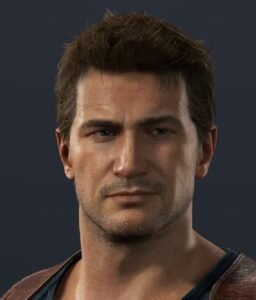 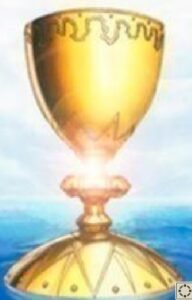 Scritch and Glanfath tuch the grail and Scritch aged a couple years while Glanfath felt the sting of the werewolf bite go away. With the treasure in hand we decided to not push our luck and return home.

We camped in the woods before setting off back to Port Mirandia. Lucky for us the toads were still by the river and Gau convinced them to give us another ride. One more day of travel on the road to Mirandia and we pushed ourselves to sleep in a warm bed instead of under the stars. As we were nearing the town that same Half Elf who told us his name is Varis had another message for us.

We thanked him for the info and asked him to pass on a message to the Wisehoof Clan that they could go to White Moon Cove for some protection as the gnoll threat grew on the tempest plains. 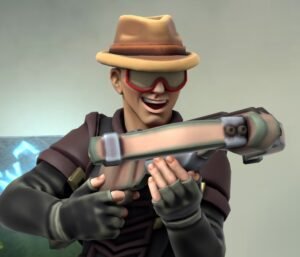