The Boar, The Wise Woman, and the Temple 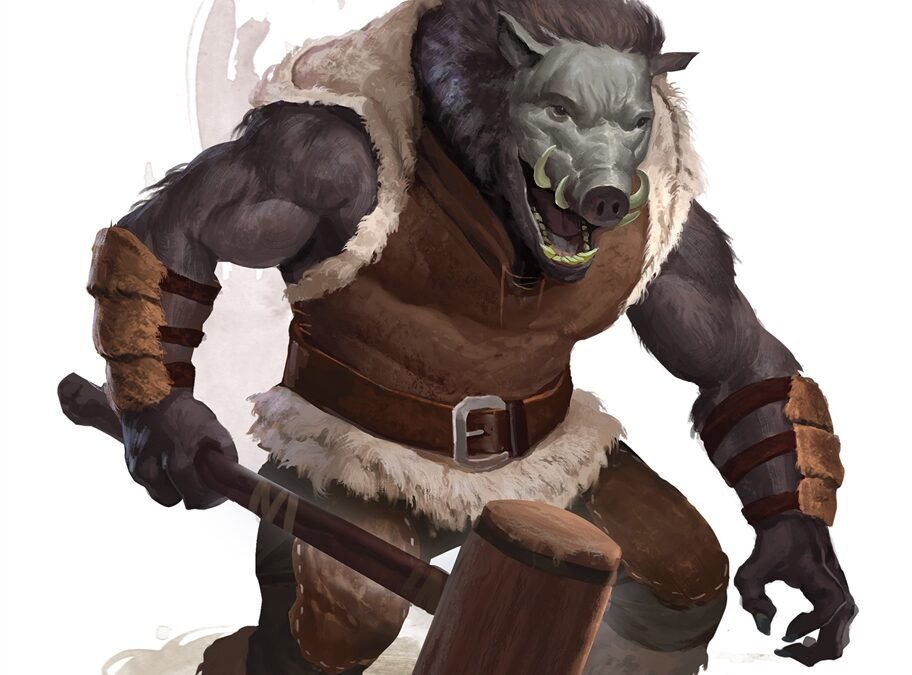 Objective: Investigate the blood cultists said to have a base on the coast to the North of White Moon Cove

I don’t really know how these are supposed to go, but here goes.

So, it hasn’t been long since I arrived and I heard people were coming together to investigate the base of a blood cult a little bit up North. Naturally, this is the kind of opportunity I came here for. A chance to actually do something with my skills. So I decided to come along.

The group seemed a bit… odd at first. Many of them were incredibly… loud with everything they did. But I got used to it surprisingly quickly, even Gonzo’s flashy displays of magic and silly jokes. We got moving up on the road towards where we thought the base was, but as I sat watch on our first night a man came running out of the woods. As we would later learn, his name is Misks, and he’s part of a group that’s resisting these cultists we were after. However, he was swiftly followed by a group of attackers. Hillval and I woke everybody up, and we tried to fend them off. It was going well enough until another figure approached in black armor. This one was clearly more powerful than the rest and was giving us a very hard time, knocking a few people to the ground. I began to retreat into the bushes and fire from there, and then one of my arrows brought the thing down. Interestingly, upon death it collapsed into a nothing but blood, with its gear left behind.

Upon the death of this strange blood creature, the last remaining attacker that was alive began to look disoriented and confused. Upon questioning him, it seemed that he and these other attackers were simply on a ship transporting cargo to the island, led by a strange man called Lurt. Lurt had earned a nickname of “The Vampire” due to some strange qualities, and indeed whatever happened to these sailors to cause them to act like this seems to have been done by him. And that person made of blood… these cultists seem to be disconcertingly powerful.

In the morning, Misks went to go find a Wise Woman named Gwendolyn in order to look for reinforcements. Apparently, he was on his way to her when he was attacked. Some of my companions seemed to know of her, and those that did had a very high opinion of her indeed. I will admit I was curious, but as shall be seen that curiosity would later be satisfied. We decided to continue on Northward in the meantime, to try to get to the base of these cultists. However, things didn’t quite go according to plan.

We hadn’t even gotten particularly far (our second night) when, during our sleep, one of Tenfoll’at’s alarms went off. I sprung up and rushed out of the tent to find a great beast, a wereboar, and a large pyramid that wasn’t there when I went to sleep. Confused, I began to try to fight back against the beast, but I soon dislocated my arm (due to no fault of my own, I might add! Yes, Diego, I’m talking to you). I wasn’t quite so useful after that. Especially considering the wereboar didn’t seem to be affected by any of our weapons! However, Gonzo peformed a very useful magic trick; he imbued some rocks with magic that, when thrown at the wereboar, could pierce through his hide! After I stopped trying to heal the injured (it turns out doing so one-handed is rather difficult), I began to throw these stones at the wereboar to great effect. The last one I threw pierced right through its eye, finally destroying it! There was a rather uncomfortable celebration, I fixed my arm, and then we all rested for a bit more and tended to our wounds.

After searching the pyramid, we didn’t find any way inside. However, on top of it we found some gold, some gemstones, some books, and some vials of what we would later discover to be healing potions. However, I discovered some bad news, too. Ou-Kan had been infected with lycanthropy! We gave up the mission against those cultists and headed back to this Wise Woman Gwendolyn that everyone kept talking about. On the whole she seemed very nice, although I didn’t drink any of her tea just in case. She did cure the curse on Ou-Kan, though. Furthermore, she told us some more about troubling events going on in the Neathy woods we had been travelling in. Towards the lower end there is apparently a troublesome group of kobold bandits, along with a giant centipede and somebody who has been restoring altars of these blood cultists. However, she wasn’t sure if this person was themself a blood cultist or rather some third party. Regardless, having had plenty enough trouble for now, we rested at Gwendolyn’s place and then headed back astride some elk. I must admit, that return trip was incredibly enjoyable. The animals were so pleasant to be around.

Well, that was that. Overall, it was incredibly terrifying and I am really not the best at teamwork. Though, all’s well that ends well I suppose. Hopefully my next outing goes a little better, and with less lycanthropy.