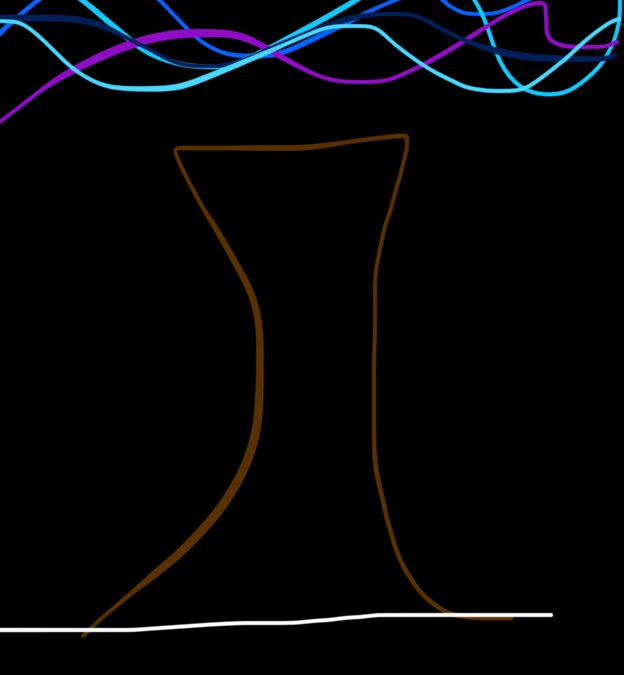 We were saved from an ambush by Bardy’s Dagger of Warning, and engaged in combat with a strange goat-man, who called to “release the horde” and unleashed his large construct on us. The construct released a horde of giant weasels and flying snakes. Additionally, a strange, blue, tentacled, flying creature appeared from invisibility. It proved to be quite hearty, and disrupted any spells in its area, causing them to outright fail upon casting, or for concentration to drop spontaneously. It attempted to escape before we killed it, but Bardy eliminated its escape via fireball. Yatari figured out that it was a Mamura, but did not know of its origin. We found a box in the wreckage of the construct with the name “Crommwell” on it. He just keeps cropping up. We met a merchant called Jitterman at the outpost, purchased some things, and slept in the outpost.

The next day, we made our way southward to the shrine to Mystra. We slept there, and in the middle of the night, assisting a few members of the Blood Eye Clan who had been chased by gnolls. We dispatched the gnolls, and a strange creature made out of wisps of mist and smoke. As I returned one of the two gnolls to Dust in one glorious hit, I glimpsed a gold dragon wyrmling, watching me as I worked and fading back into the mist upon completion.

Ria, Verd, and Tara were the Blood Eye members, and they passed along news that the Blood Eye hold strong with assistance from the Jub Jubs. They are still harried by gnolls, but their numbers appear to be decreasing and there appears to be infighting within the tribes. They slept with us for the night, and moved back towards their home at daybreak.

We enhanced Yatari, and she cast the Teleportation Circle. We stepped through, and arrived in a lovely place with trees and lush grass. To our east was some barren snowy land, and to the south was some lava fields. The Citadel of the Forge rose from the ground in the southeast. Cade looked to the skies and decided that we were probably about 20 miles away from the entry point, in the area of the former Swollen Tooth Inn. Twenty miles. Fourteen more miles than six.

Before we could really analyze that, we were attacked. By three hippogriffs, a horrifying insectoid creature, a cloaked undeadish maybe figure, several zombies, a soldier in bone armor, a reddish-brown lightning-blasting worm, and a stone guardian. The battle was ROUGH, and Marcus was quite close to death. It seemed that every time we killed one thing, another came running out of the distance. Spellcasters, undead, monsters from beyond and below. Eventually, we heard the rumbling of something approaching from the east, but had a moment of reprieve. We decided that the danger was too great, and spent the moment we had to teleport back instead.

The trip back was uneventful, thankfully.