Day went by without much of note. We passed some White Moon Cove guards letting us know the way ahead was clear. Night watch went smooth as well except we discovered a dead body with its heart ripped out. Upon closer inspection it looked like claws or talons ripped through the man’s chest.

We made it to the starting point for the road work. Workers began to work and over some time we realized gnolls sneaking up on us… or at least trying to. Asterisk let an arrow fly letting the gnolls know they were caught and we quickly put down the threat. They had a symbol of a crescent moon over two crossed claws. Work continue and a little farther west we saw a grave stone with a purple hue. The headstone had writing on it in a language none of us knew. Me’Slash took a piece of paper and some charcoal and rubbed over the writing to make a copy. 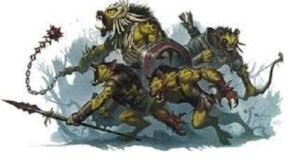 When we stopped to camp we found an area with five graves that had been disturbed. I spent my time putting the graves back in order and making it a suitable burial ground again. The headstones read: Bob, Martha, Sally, Tom and Joe. Later that night I saw a large bird of prey flying overhead with a horse in its talons. 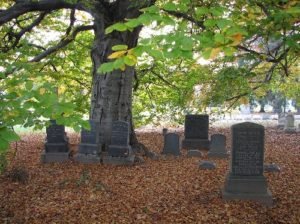 Work started again early in the morning. We spotted a pack of hyenas in the distance but they stayed away from us and we left them alone. 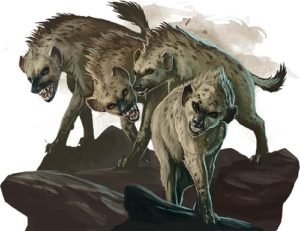 However later that day we found the grave robbers stealing from more graves. They took to arms as they saw us approach and we quickly took them down. Again I repaired the graves they disturbed as the work went on without much of a hitch. We found another headstone this one marble with a white hue. The name on it read Devon. Night went by uneventful. We had been noticing goblin tracks in large numbers but had not seen any goblins as of yet… 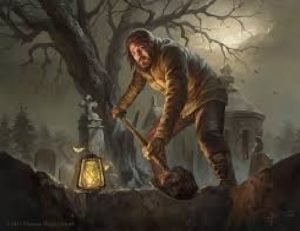 As soon as work began out jumped the goblins. They attacked the workers straight away and we lost our first two workers in this waylay. We quickly put this threat down and work began again. Hour later more goblins came we lost one more worker to the goblins before putting the threat down. These goblins all wore a symbol that had a broken skull with an axe in it. None of us recognized the symbol and we moved on knowing we were nearly done with the road. 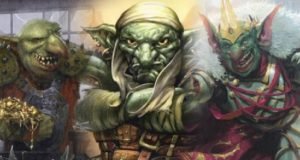 At the end of the road we met a gypsy named Pietrov who was at a funeral pyre with the rest of his companions. The pyre was for his friend Arwin and in exchange for resting in a larger camp Pietrov offered us food and drink. He told us stories almost horror stories of his homeland. He called it “Barovia” It sounded familiar to me but I couldn’t place it. Overall he seemed like a nice man. He is a traveling merchant and was heading to Ruined Oak to restock his goods. 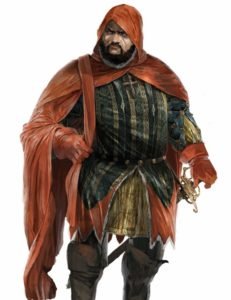 With the freshly built extension we made great time on the way home. The investment already paying itself off. We had to camp one more night on the road. Overnight some random blood appeared out of what seemed to be nowhere. I could not figure out where or why it appeared and we decided to just move along home. Thirty-seven workers home safe the Thunder Dwarf Way Extension completed. The party took to the Axe-N-Thistle for a drink and their beds.