Twice I saw the End, twice. 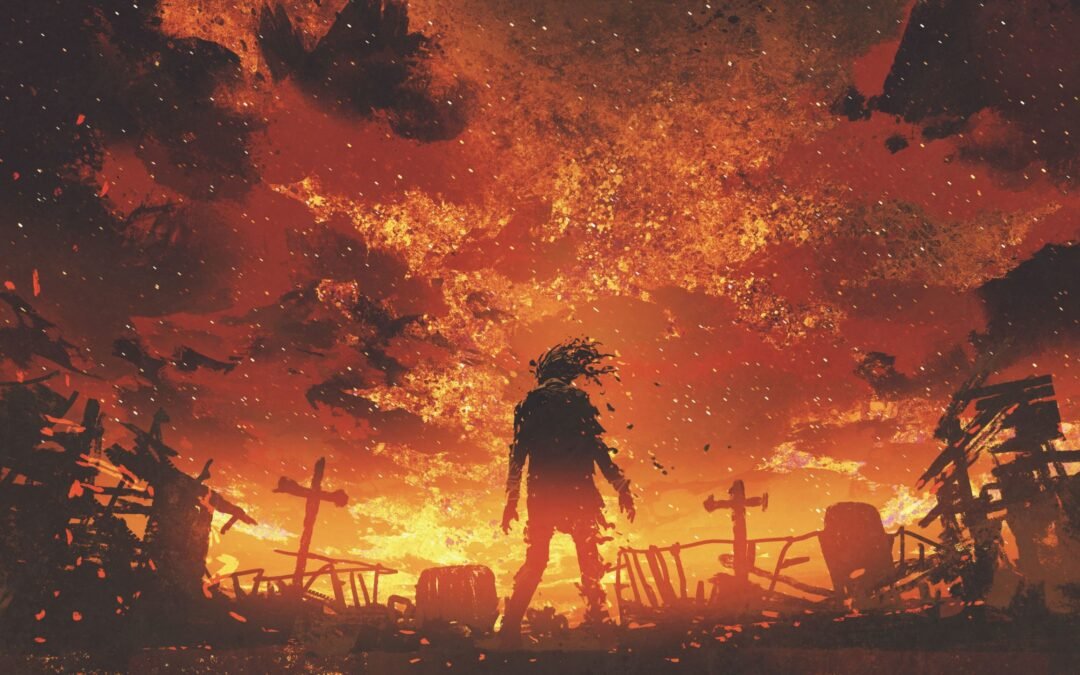 Twice I saw the End, twice.

There were no more gods. Nothing more to really fight for. We’ve had become baser than beasts, butchering one another -or worse- because we felt like doing so. But I’m getting ahead of myself.

A coalition formed by the Wisehoof Centaur Clan, soldiers of the Jub Jub Peaks Dwarven Citadel, Rehope and halflings riding gigantic lizards would help us by distracting the base were the fabled Tortan stone was held. The plan was acting as a diversion, draw out most of those guarding the base, which was set up on a hill. We would be warned that the way was clear with a message in the sky. It’d take us a day to reach the destination.

Along the way we came across a couple of Kobolds from the Grey Tribe. They feigned death quite realistically when Eddings approached them. In summary, they told us that their tribe had been enslaved by the Gnolls to mine lead – the purpose of which will be apparent later. They alone managed to escape with their lives, the others died mining the toxic substance. We gave them some rations, an armband and directions back to the Blood Eye, and hopefully their homes.

The fortified and hollowed out hill had sentries, archer perches and tiny huts flanking it’s entrance. Alarm spells dotting the entrance and divination sensors. This was a skeleton crew. Chemist created a huge illusion, I’m talking the size of a field, to move across unseen. It allowed us to get the drop on them. The fight was a rout.

Going inside the structure, we saw a pedestal with the stone after going over a hallway with a couple of warding glyphs etched in the ground. Couple of gnoll guards. Then out of the woodwork, four gnoll death-knights came out to play, fucking mauled Joule. Would’ve died if I hadn’t fed her my Potion of Supreme Healing. We dealt with the gnolls, and the group decided to ignore the obviously fake tortan stone because it could be a trap. This was too easy and the dungeon went further down. Going like three hundred steps down (I didn’t counted them, I promise you) we encountered a room with likely configuration, this time safeguarded by Talos Dwarves: Mages, Priests, even invisible Champions. The fight was more costly because of their invisibility, which was the Greater kind – they could attack without revealing themselves. I taught Zak how to deal with them: You knock them on their asses with your shield in preparation to their attack, then smash them where they went down.

Yes, there was another pedestal here with a fake Tortan Stone. This time we took our time to lick our wounds, make sure the place was picked clean and check neither of the stones were the real deal. Just to be sure. They weren’t. Going further down into the dark, the third chamber featured a mass of swirling tentacles where the pedestal to another Tortan Stone could be, Berserker Cultists and a Giant Blood Sorcerer of some kind, who displayed how the world would end should their way prosper in this world. It struck Zak and Chemist blind, outright killed Joule. Artix and myself gave it everything we could. It flashed us again with the calamitous visions, but we were prepared for it. We cut it down, then the tentacles vanished like a bad dream, but there was nothing on the pedestal. Looking around, we found trapped secret chambers with statues that animated to breath dragon’s fire on you. Eventually, we found the Stone. The real deal. Carrying the body of our fallen, whatever loot we could carry and leading the blind to where Chemist had previously placed his extradimensional resting place, Artix managed to cure their blindness after a night’s rest. We then made our way back to town.

We must not let these visions come to pass.