Two flew over the cuckoo’s nest 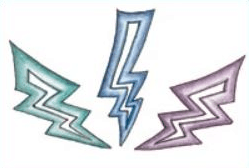 OH MY DEVIL, I DID IT AGAIN! for the second time, I was chosen to lead an expedition and I got a lot of compliments. I was worried nobody would see how great I was doing, but those worries were quickly put aside. Now I didn’t exactly complete our mission, however, under the circumstances, we all did a great job protecting the workers and their carts. We did lose a couple of workers which is a serious bummer.

So like we were all heading out and it was soooooo cold you would have thought we were visiting my great, great, great, great uncle Levistus. Sadly it was not the case. For a tropical climate, it sure gets cold here in Katashaka.

Under my lead was my trusty Trailblazer the grand Iron Donker, and perhaps my 2nd best duet partner Lionel acting as my scout. They did so well. I can not even stress that enough. I couldn’t have asked for better partners. Traveling with us we had the koBEARold Moka, the keenest dwarf named Grimlock and our token human David Smith. (Its okay, my mom is human so I can say that.) We also had our builder crew leader Yarbey. He was so nice and seemed to be a good liaison for the workers.

Not even a couple of hours out of town we found an entire patrol of guards, dead in the snow and stripped of their valuables. We knew another patrol would be by soon so we left them and continued onwards. When we got to the crossroads we found a makeshift shack has been constructed. We left it alone to continue mostly because our job was to protect the workers not to pick possible fights.

As we continued down we ran across five dwarven travelers on the road. This band of dwarves was lead by “Houtdreth the ****less wonder”. Some of us rand ahead to check them out before they got within range of our carts and workers.

The conversation was fine but something wasn’t settling right. He claimed to be from the mountains to the east and was looking for Ruined Oak originally but got lost and ended up closer to WMC. Now that didn’t really add up as to how geography works. They were simply looking for work they said so we called Yardey over to see if he wanted more workers.

Yardey was down for it but was slightly concerned. But felt reassured when I calmly explained to him that if they got out of hand or caused trouble we would do some very bad things to them. They quickly joined up and we continued down the road.

As we started to leave the daylight we were suddenly happened on by a griffin intent on eating our poor helpless workers. I was not having it. Lionel jumped up on a wagon and with pure focus struck the avian felines confidence by calling him a baby chicken. It was very effective. I had to one-up him so I yelled out my best to momma joke that the cat-eagle lost control laughing and nosedived into the dirt with a loud thud. Quickly Moka jumped upon the griffin and tore it to shreds. Needless to say, we ate well that night.

We set up camp a mile down the road after skinning the griffin. We drew our watches with an agreement we would pay special attention to the new dwarves with their shifty leader.

On the first watch, the grand iron donker heard bells and awoke the party as he investigated. When I was woken up I heard there were goats and I immediately went into battle mode. I was thinking I was being visited by my Gnarly Goat-Headed Cousins. I shot a lit crossbow boat towards the direction that we heard bells chiming. As the flare flew through the air we were able to make out some sort of spectral life stock moving into the forest. We let them go as we didn’t want to risk our friendly workers.

Then it was my watch with David. It was uneventful at first. I noticed they dwarves were getting up to use the bathroom during the night but always separately. I decided to do a walk around the perimeter and wouldn’t you know it, dear reader… I found tracks of them meeting people just outside of the camp.

I slowly went by several members of the party and using my favorite spell message I told them about my discovery. The three I talked to agreed with me to wait it out till morning as we figured they were gonna wait till the next day to spring the attack. I passed my watch off to Lionel and went to sleep.

Suddenly I was awake to Lionel yelling that we were under attack. We were outnumbered at least three to one and they were rushing us from the east. I have to say watching these fine people work together to protect our workers brought a small tear to my eye. They were masterful. The KoBEARold was ripping the heads of the attacking dwarves, lionel was blowing them apart from the air, Grimlock the Mightiest Mage was putting them in headlocks and casting flaming spells at them iron donker worked them surgically like… like… I guess a surgeon? And David was really really trying. I was putting them to sleep tactically to keep any from running off without horses and wagons. All in all, we slaughter most of them, got two prisoners and ran off a couple that realized they had no chance against the mighty team worker of these fine adventurers. I’ve never been a prouder leader. We did find a curious symbol of three lightning bolts on a couple of them, especially on their mauled priest. We must investigate this further. We lost a few workers which sadden me greatly, but there was nothing more we could have done.

Upon morning we awoke and decided due to the massive bandit attack and the possibility we need to clean the area of bandits before the next expedition we should head back. As we left we noticed there was a temple just within the tree line. On our journey, we returned to the shack at the crossroads and I could almost feel some sort of strange energy pulsing from it. I could tell the horses could sense it too. Not wanting to risk more worker’s lives I ignored it and we continued back home to WMC.

All in all, I’d say we did a great job and I recommend these adventurers for any expedition leaving WMC.