We’ll make a militia out of you yet

The day after I made my first speech as Planning Authority for Port Mirandia, I found myself with no tasks on hand. Instead of loitering, I went through my own mental list of what can be accomplished. While doing so I happened to find myself in the potted plant where I saw three others milling about. I asked if they had any current objectives, and upon hearing they were willing and able to step out, I told them of our efforts to train up the militia in Tikal https://miro.com/app/board/o9J_kxoc9MM=/?moveToWidget=3074457351782084435&cot=14

They agreed, and it didn’t take long before we were under way to visit the Sarrukh in order to help train more of their warriors

Upon arrival we met a large crowd that initially weren’t sure who we were or why we were there. It would be important to speak with them about building some sort of wall and a gate in order to better keep their city secure. While speaking with them and talking about their training, we asked if they had any willing to go out on a training exercise with us. To this, the Sarrukh agreed that Diablo and Mephisto were best able to learn from our group.

Diablo is trained in monk style hand to hand combat. I (Eight) took him into my tutorship for the journey, discussing the methods of unlocking ones inner strength as well the more complicated method of infusing that inner power into the shadows around us. Mephisto is trained as a druid, and our own magic user Saoch took him under wing to instruct him on how to more quickly cast his spells in battle and ensure he was able to solidly concentrate while dealing with the ever evolving landscape of a battle field.

We had decided on the task of hunting Mhair scouts to take down on behalf of the Sarrukh. In this we were unsuccessful on the first day, but Diablo assured us that the Mhair were silent and crafty. The Mhair supposedly only struck out at night when they had the upper hand. With this information we decided to set camp in the jungle, laying a trap for the hunter so to speak. We had some form of success on my own watch during the night, as I was able to spot out what the Sarrukh call a Wyrsa.

The Wyrsa is the name of a leopard like metallic construct. It seemed to excel at stealth and tracking, but as I spotted it, it seemed that I had gained the upper hand in the night. Using my shadow techniques I was able to bear down upon, land a quick succession of jabs and melt away into the night before it had a chance to react. In it’s confusion, I was able to get off a firebolt from a distance, marking it’s location but sadly missing the target, before once again stepping through the shadows, keeping the Wyrsa from being able to pinpoint my location. 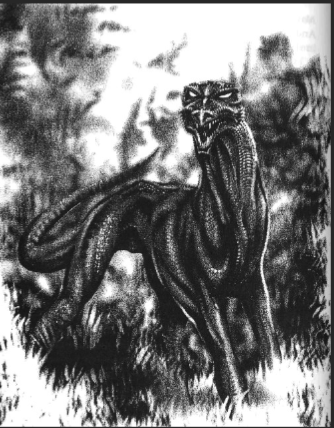 After disorienting the the Wyrsa and sending it crashing through the jungle to where our party was not, I caught up with my allies and identified it’s whereabouts. Ildan was a sight to see charging immediately in it’s direction, bring heavy blows upon that could be heard from a good distance as metal twisted and sparks flew. The construct itself was immune to psychic assaults from Bardy, and resistant to the bolts of lightning from Saoch, and was able to emit a massive cone of a psychic like scream that stunned anyone that’s constitution was weak. It took everything Ildan could throw at it before it finally had enough. Afraid of Ildan and knowing it’s end was near, it took off fleeing into the jungle. I was able to land a solid bolt of fire into it’s hind quarters, melting it’s haunch and finally bringing it down. It had a companion though.

The Histachii is a snake like humanoid thing that was traveling with the Wyrsa. Diablo and Mephisto did the majority of the work bringing that snake down, by the time I had gotten into the mix with it, it was already stunned and locked down, unable to move and accepting of it’s fate. 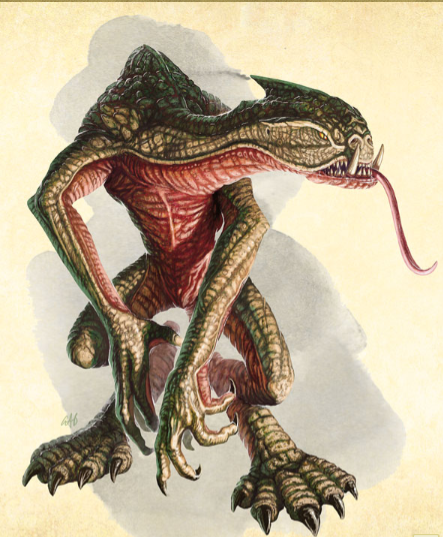 Somehow in the struggle Saoch managed to fall twice, the second time he was heard screaming not to heal him as he went down, covered in strange runes. I’m not too sure what goes through his mind, but it never seems to be the most logical of things. With great restraint, Bardy did as Saoch wished and waited for him to stabalize. The rest of the night went far less eventful.

After the long night, we kept a patrol route and made our way back to their city. On the way, we came across some ruins in which we found what the Sarrukh call a Buky and some giant constrictor snakes. They seem to fish for these things in the various pools of deep water throughout the swamp. If you come across them, beware of the Buky’s deafening howl, but know that if you can kill it, you will eat quite well. Getting back to the city, Diablo and Mephisto were happy with the knowledge they had gleaned from our patrol. We said our goodbyes and made our way to the portal, returning to Port Mirandia. 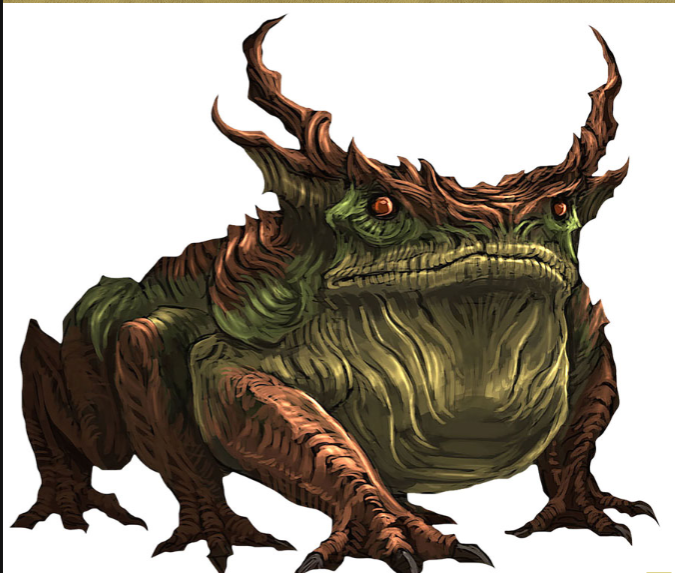