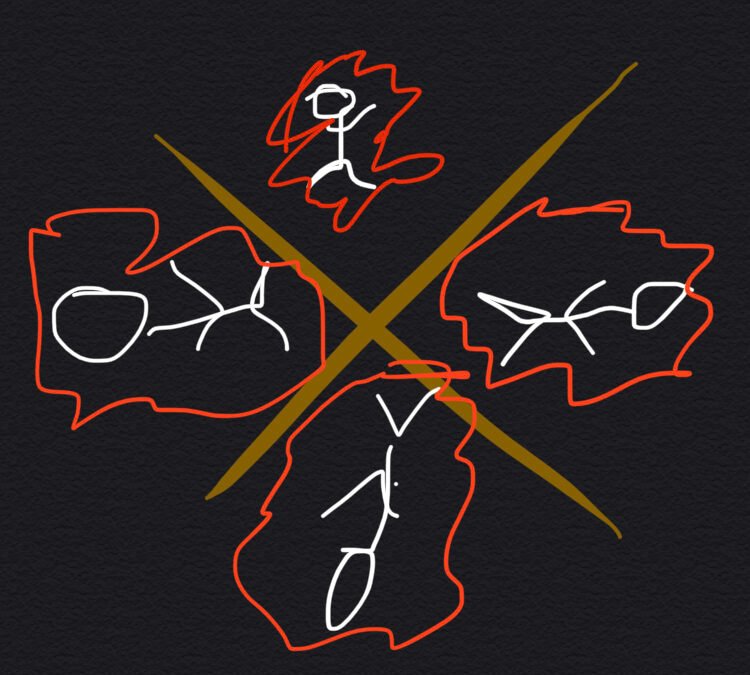 Our story is simple. We went, we fortified, and we fended off a horde of gnolls.

On our way there, we passed a centaur, who claimed that in order to help, their faction would need to be supplied with arrows and bows. We suggested that if they paid in rations, the Re-Hope dwarves could supply them with magical and nonmagical ammunition. They resolved to send an emissary to Ruined Oak for discussion. Next, we encountered a few Blood-Eye hunters, who said they would take our request to help to their chieftain.

We arrived at the crossroads, arranged the palisades, shield walls, and other defenses in an inverted V formation, and waited.

They came, screaming and hollering, a few (or a lot) from each tribe. We lost Tuzok and Gor, but their sacrifices ensured our victory.

On their Master of the Hunt, we found a note detailing their plans for an attack on the Blood Eye, saying that the mountain of hobgoblin corpses would strike fear in our hearts. We need to warn them. Now.